Virgin, Utah: After a month of digging, shoveling and shaping, the Red Bull Rampage course was primed and ready for action as 24 of mountain biking’s best sent it down the picturesque Utah landscape, vying for one of 12 spots in the event finals. Riders hailing from London to Lion dropped in, but Cam McCaul topped them all with his daring first run, as the only rider to hit the 60-foot-plus canyon gap in front of 1200 cheering fans.

On a dangerous network of ridges near Zion National Park, riders had free reign to navigate their descent between two designated starting gates and a finish line more than 1,000 vertical feet below. Confidence proved to be a major strategic advantage, as five riders including top qualifier McCaul advanced through on the strength of their first run, opting to skip a second run as the wind gusts grew stronger in the afternoon. One rider who did not have that luxury was Sweden’s Martin Soderstrom, who sat on the bubble after his first run. Currently in a battle with pre-qualified rider Brandon Semenuk for the season’s overall Freeride Mountain Bike world title, he couldn’t afford to be timid on his second run, braving the wind to charge down the hill with a creative line that secured him a solid ninth place finish for the day and a ticket to ride on Sunday. The only other rider who had a chance to battle for the points title, Belgium’s Thomas Genon, did not advance.

James Doerfling and Kyle Norbraten rounded out the top three with solid, fluid and speedy runs – a mix the judges look for. Tricks also played into higher scores, including Norbraten’s 360 drop off a higher part of the course and Brett Rheeder who was only one of two athletes to successfully backflip. Of the 12 qualifying athletes, eight were Red Bull Rampage rookies who fought nerves on the intimidating landscape and now will get to display their creative lines to an international audience come Sunday.

BOTTOM TO TOP
Today’s action was just a preview for Sunday, where 24 riders will launch out of a new, higher start gate for what will certainly be the most challenging course in Red Bull Rampage history. The chance to ride in finals on Sunday will be especially sweet for McCaul, who sought redemption after missing 2010’s event due to injury, something that also plagued him in 2008 as he was injured in practice for finals after also qualifying first in prelims. “It feels amazing. There are a lot of redemption factors at hand. From last time when I woke up in a canyon, to today hit the line and nail it on the same one I crashed on back then. To finally get redemption on that, it feels great. For finals on Sunday I’ll throw some tricks on those jumps and hope to raise the score a bit.”

SHOW TIME
This weekend fans around the world will be able to tune in as Red Bull Rampage is being webcast live, beginning at 1pm MT (12pm PT/3pm ET) on Sunday, October 7th at www.redbullusa.com/rampage.

In the finals each rider will get two shots at the course and their best run score counts. Competitors will be judged on style, amplitude, fluidity, and difficulty of line. In addition, the athlete who throws down the most amazing trick during the finals will also be presented with a Red Bull Rampage Best Trick award by the Utah Sports Commission. 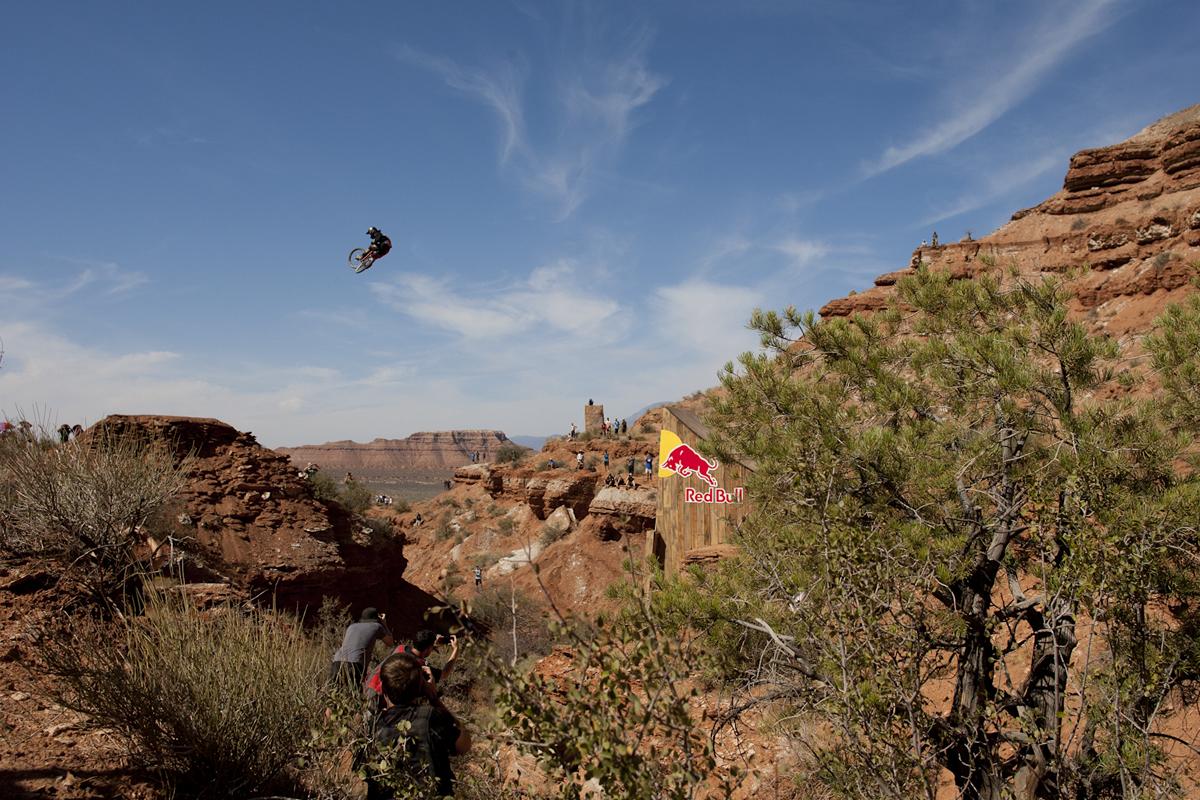 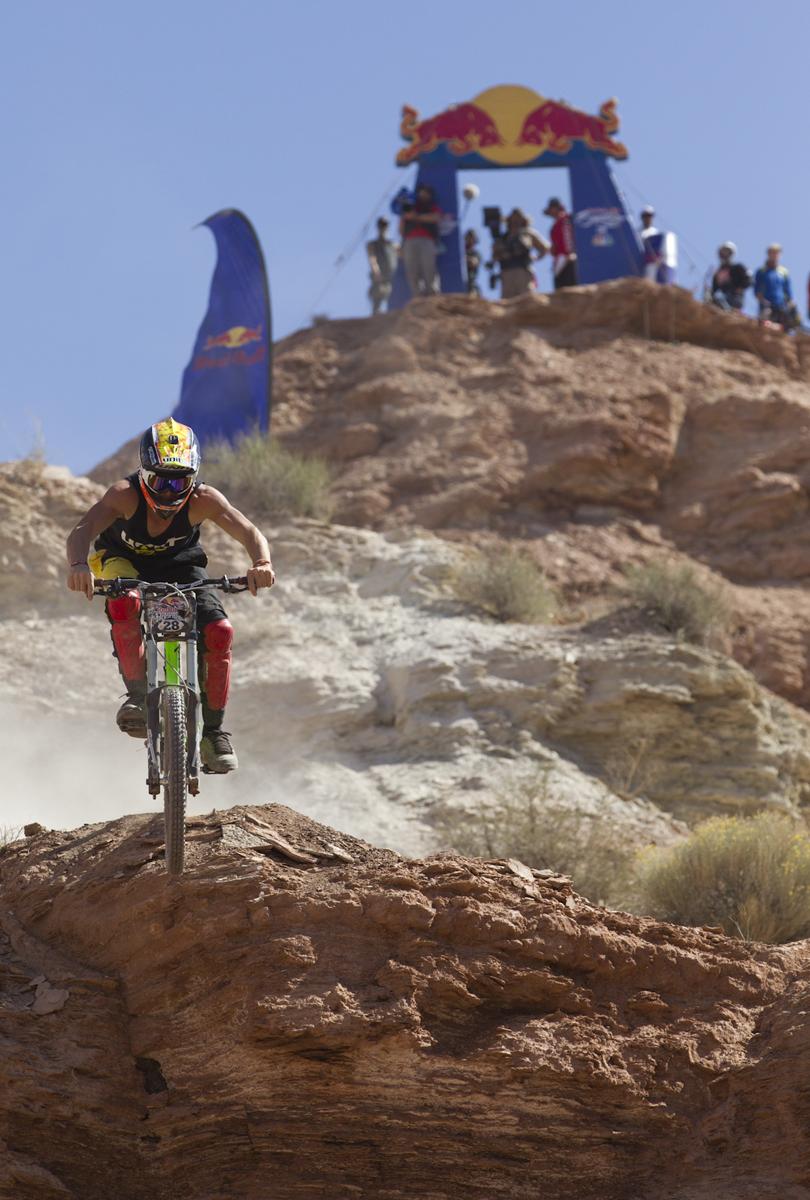 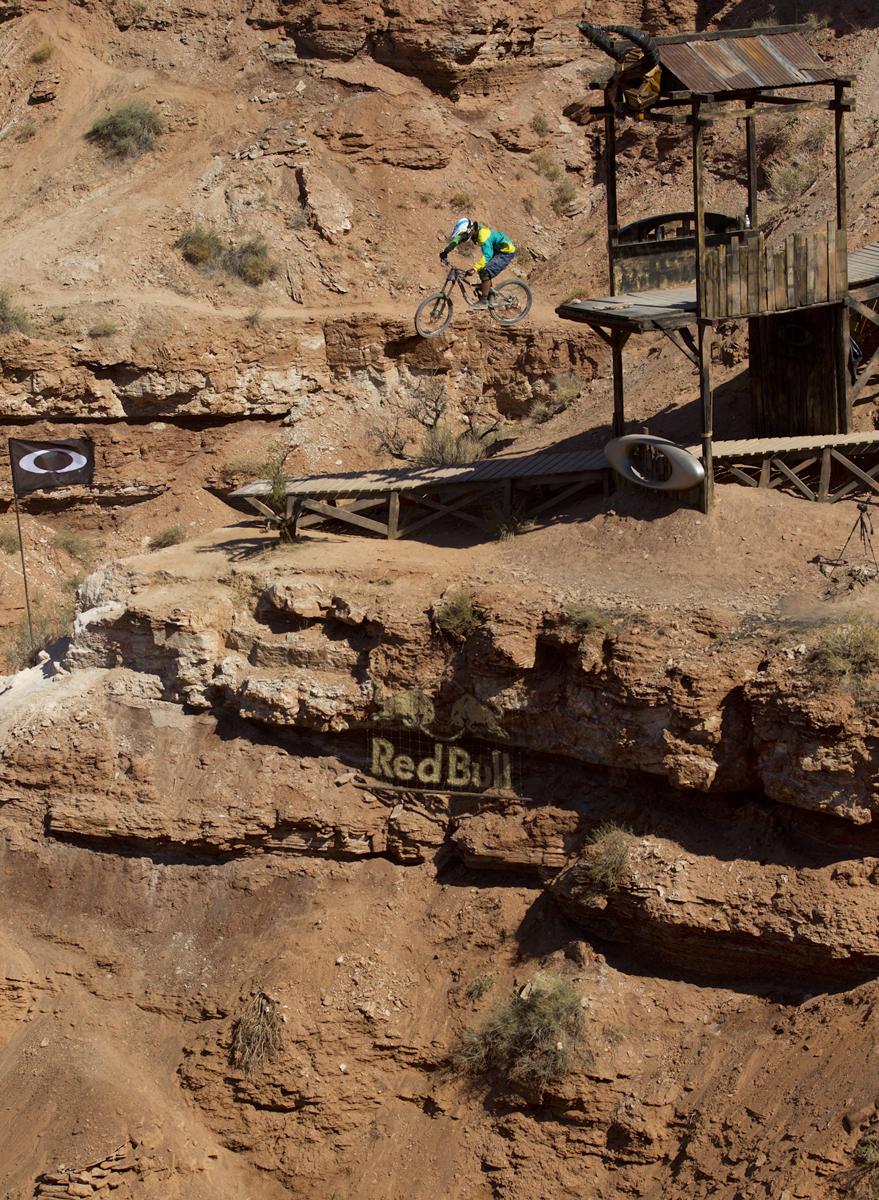 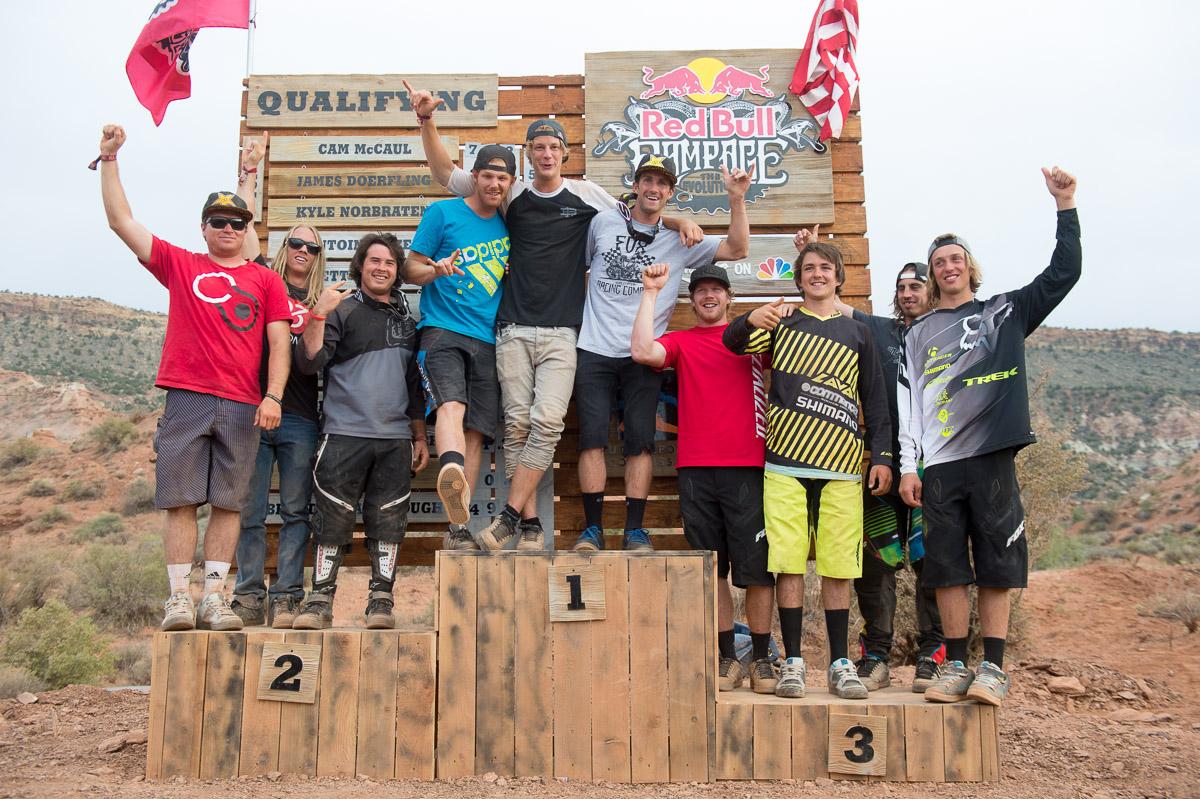 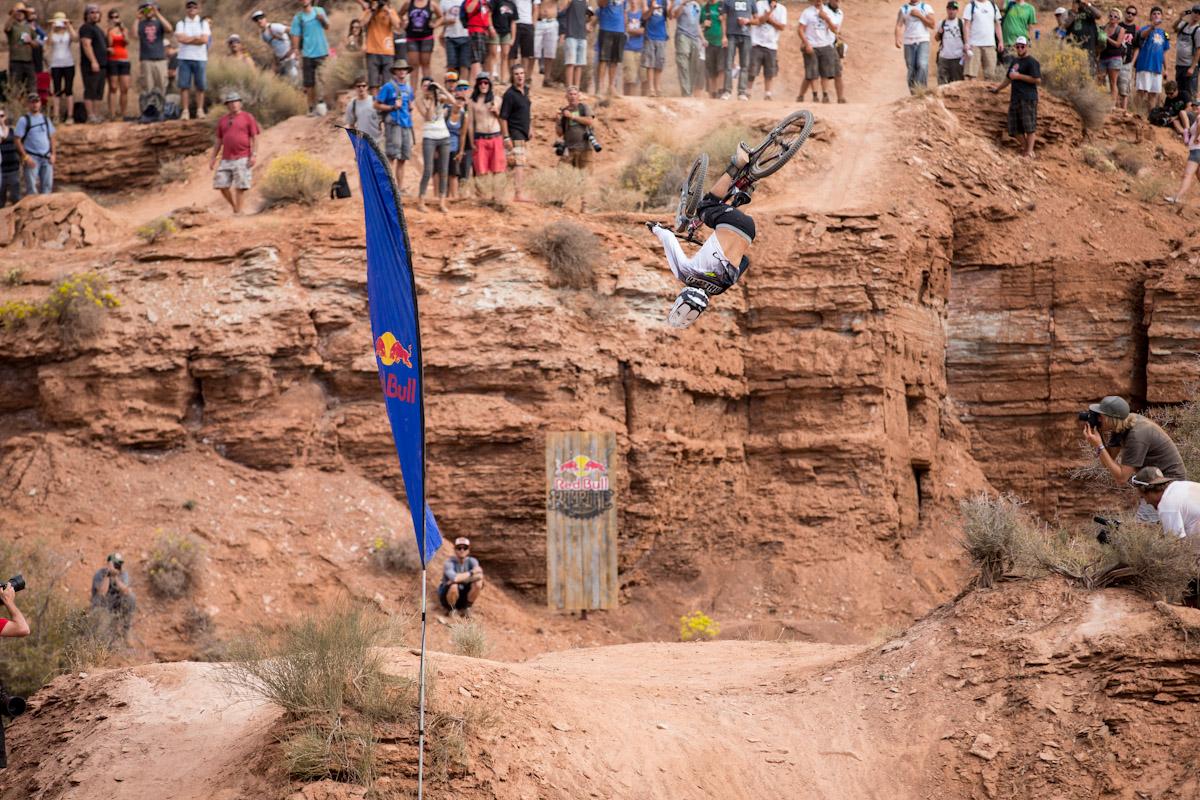 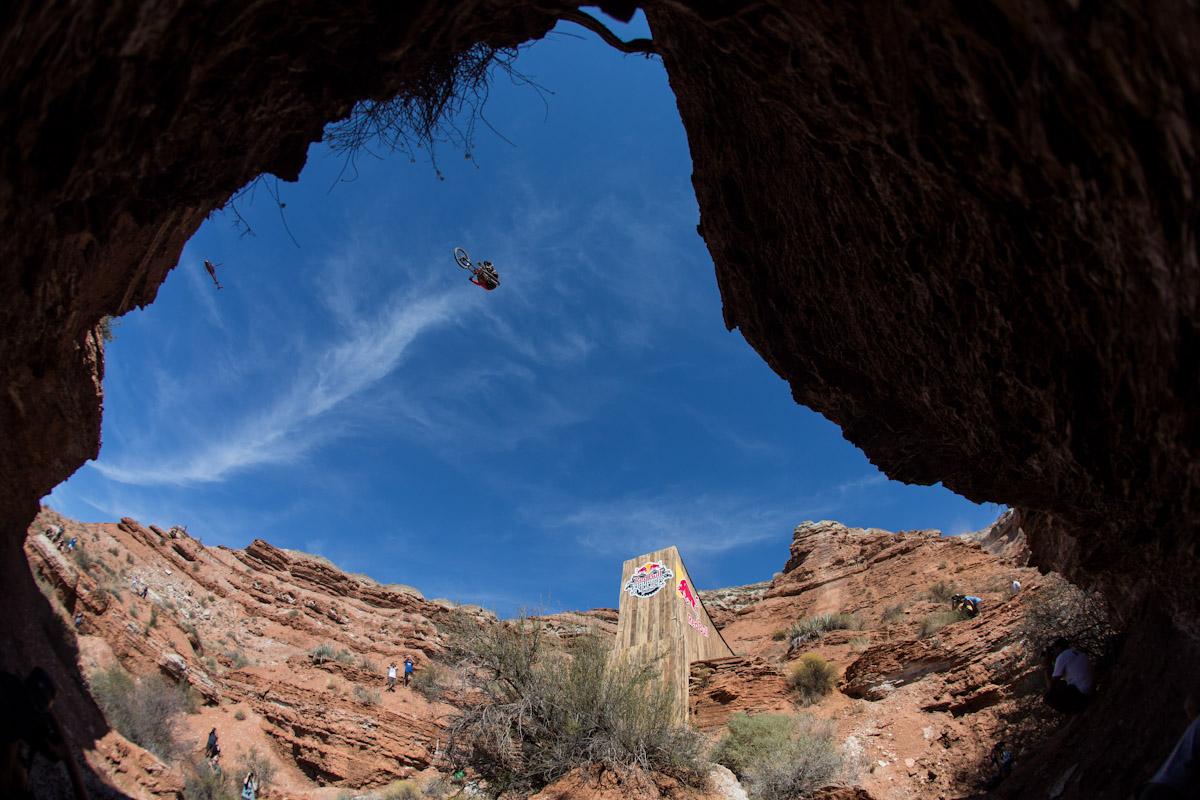