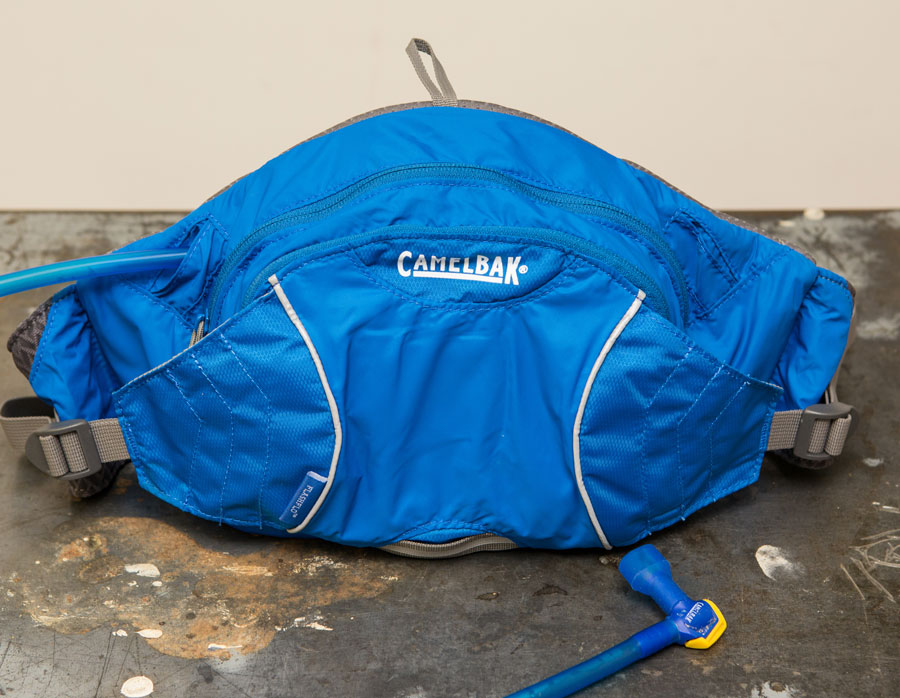 Before we get started, I need to issue an apology. Caleb, I was wrong. Your bumbag isn’t ridiculous at all. You are a visionary (even though you copied the idea from Aaron Bradford who probably saw a bunch of old guys rocking them while on vacation in Florida). Seems the age-old advice of “don’t knock it ’til you try it” is well worth heeding, no matter how stupid you think you might look. 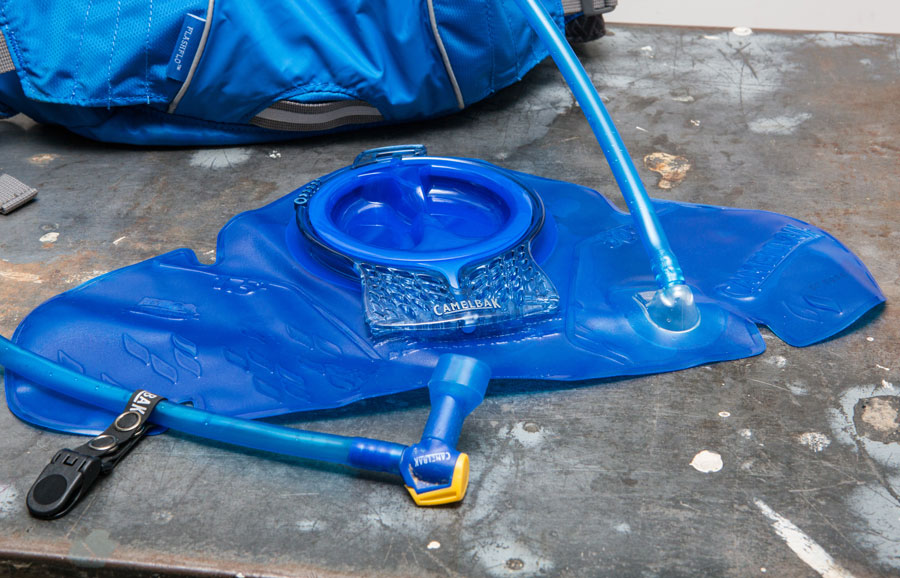 The problem I had with the bumbag idea (besides the old guy on vacation look) was the lack of water carrying ability, as I prefer drinking from a tube like a backpack allows, rather than a bottle. So I went searching and found the Camelbak FlashFlo LR hiding in their range of running packs. It has a 1.5 litre Lumbar Reservoir and a couple of substantial compartments for storage. 1.5 litres of water is plenty for most rides, and if more is needed then a bottle on the bike for refilling brings the amount close to the 3 litre capacity of the larger packs. 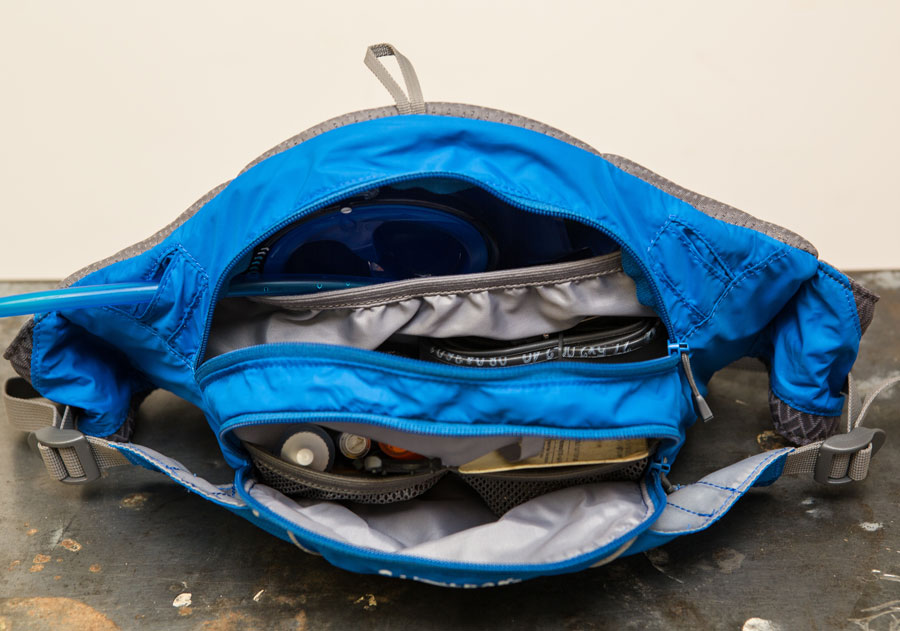 The two compartments are surprisingly generous when you get in there… the back one holds the reservoir and you could probably stuff a light jacket or vest if you got brutally creative. When the reservoir is full it still sits fairly flat across the hips and doesn’t intrude too much into the carrying space. I put a tube, mini-pump, shock pump and a couple of bars in there, and the rest of my repair stuff and phone and keys in the front compartment. 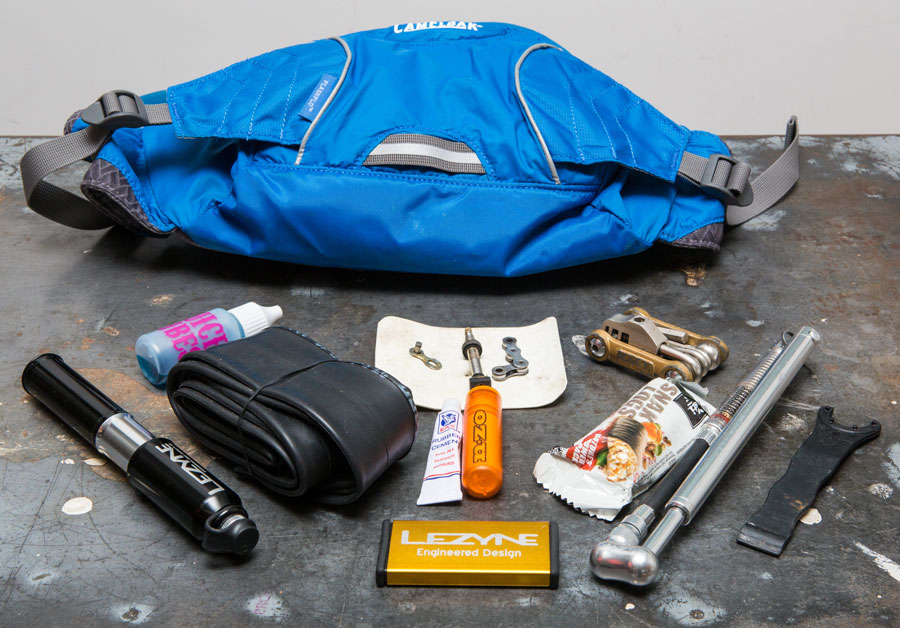 Yep, all that stuff, plus some. When riding, the pack sits perfectly on the hips, and the feeling of having a strap around your midriff only feels strange for a few minutes. It stays put over rough stuff and doesn’t rotate around at all. As the water empties, you can cinch up the compression straps to keep it snug. The only issue I found was that the drinking tube was a tad on the short side, and getting the CamelClip positioned right was imperitave to being able to drink comfortably without having to bend your neck down. I swapped out the longer hose from my Volt pack and it was perfect.

Maybe Camelbak will develop this type of pack to be more bike-specific, but as it is it’s a viable option for carrying your water and stuff while freeing up your back. And if Chuck Norris wears one, then who’s to argue? 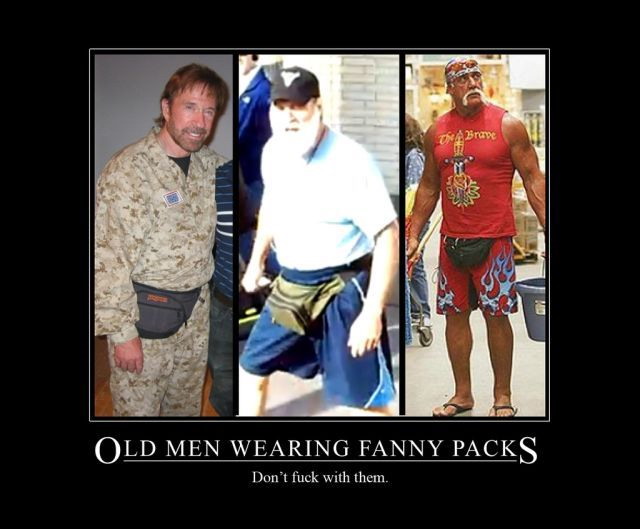