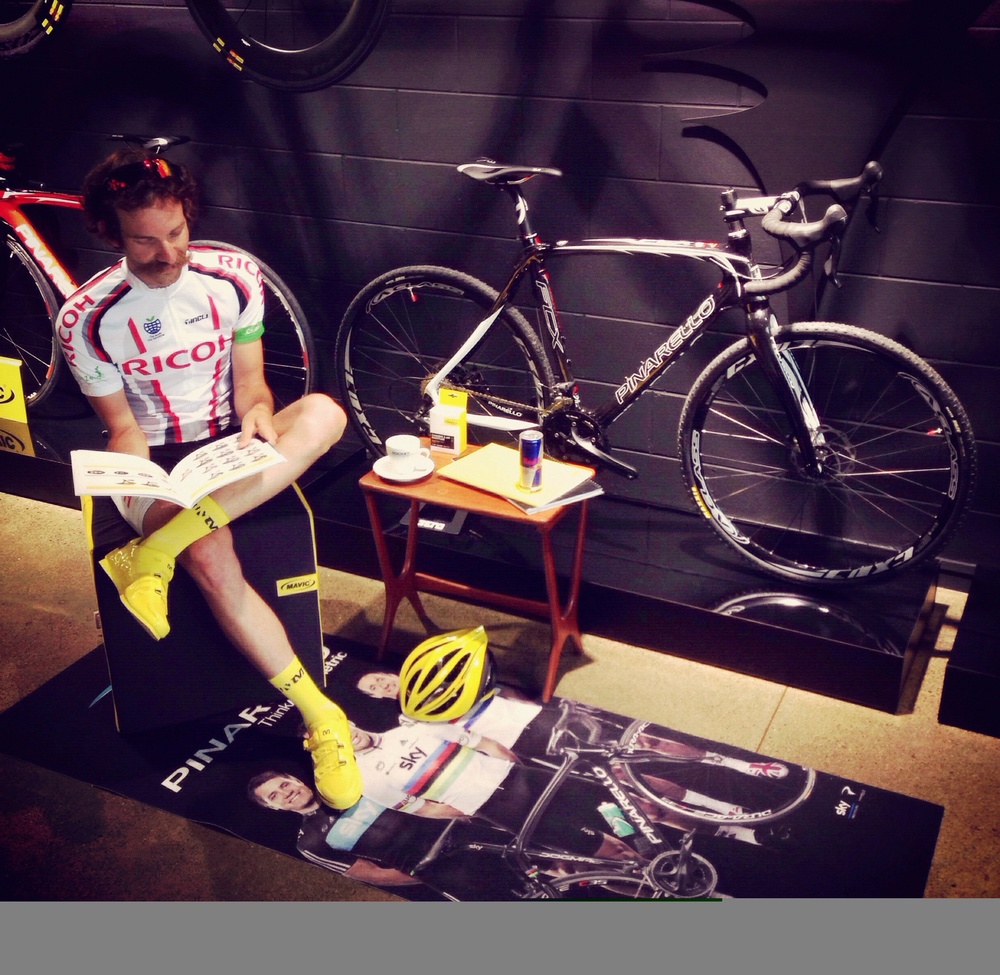 Kiwi cyclocrosser takes national jersey and mustache back to Europe

New Zealand cyclocross national champion, Alexander Revell, famous in Belgium and around the world for his large mustache in the otherwise hairless world of professional cycling, has secured sponsorship through Ricoh New Zealand to return to Europe to compete in the winter discipline.

Last winter Revell (28), gained a significant following in the sport, which is very popular in Belgium. “I got the same volume of cheering around the course as the leaders, even though I was at the back of the race!” Revell said of the 30,000-strong crowds that gather to spectate despite rain, mud and sub-zero temperatures.

After completing a season of racing in Europe, Revell returned to New Zealand where he won the 2013 BikeNZ Cyclocross National Championship in Wanaka on August 24.

Ricoh New Zealand Communications Manager Rick Petford said “Skill, commitment and the best technology – that’s Alex’s world, and Ricoh’s too. We are excited to be supporting Alex as he and his mighty moustache take on the best of Europe!”

Revell heads first to Gosciecin, Poland to race the Brysky Cross on December 1. He then returns to Belgium to compete in the Kerstperiode – the peak of the Flemish racing calendar, culminating in eight of the hour-long races scheduled in the fortnight around Christmas, ending on January 1.

“A public holiday in Belgium means one thing – cyclocross racing” explains Revell. “Ricoh’s support will be invaluable not only for helping me progress my own international aspirations, but equally for promoting and continuing the growth of cyclocross here in New Zealand, where its popularity is exploding.”

You can follow Alex’s cyclocross journey via his personal blog and the Spoke Magazine site: