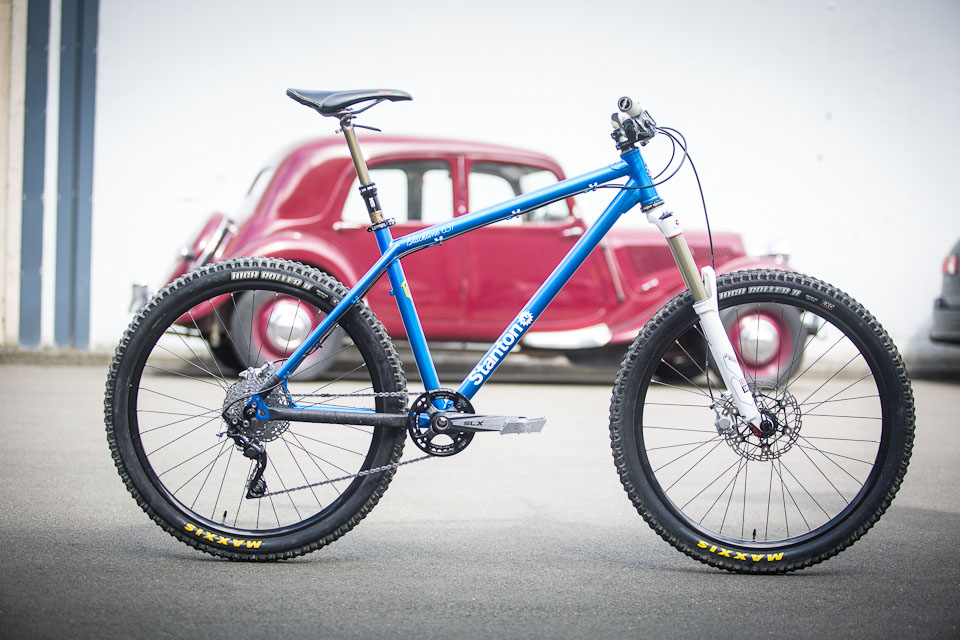 We previewed the Stanton Slackline from Britain back in December and will be bringing you a bit of a tale on the joys of a hardcore hardtail for those more used to bouncy goodness in our February issue 55. So, why the hell do we need this review, you might ask? And the answer is that we couldn’t wait another month to share the love. 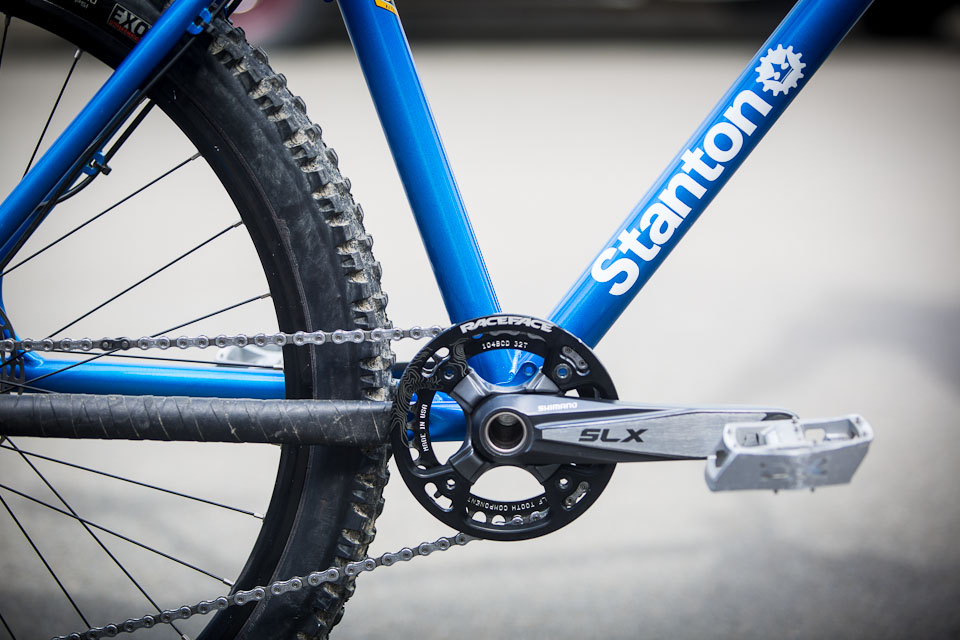 I had been on the lookout for something to fill the hardtail sized void in my life and thankfully the Slackline came along. Firstly, it looks mighty fine with clean slim Reynolds double butted 631 tubes backed up by some well-placed gussets (who doesn’t enjoy a good gusset from time to time?). Secondly, as soon as you swing a leg over and take it for a spin around the car park you know you are in for a whole heap of fun. With the front end designed around a 140mm fork, a slack head angle (as the name suggests) and the super tight back end but with compliance through the tubing, this bike wants to hit manuals and cheeky wee jumps immediately. 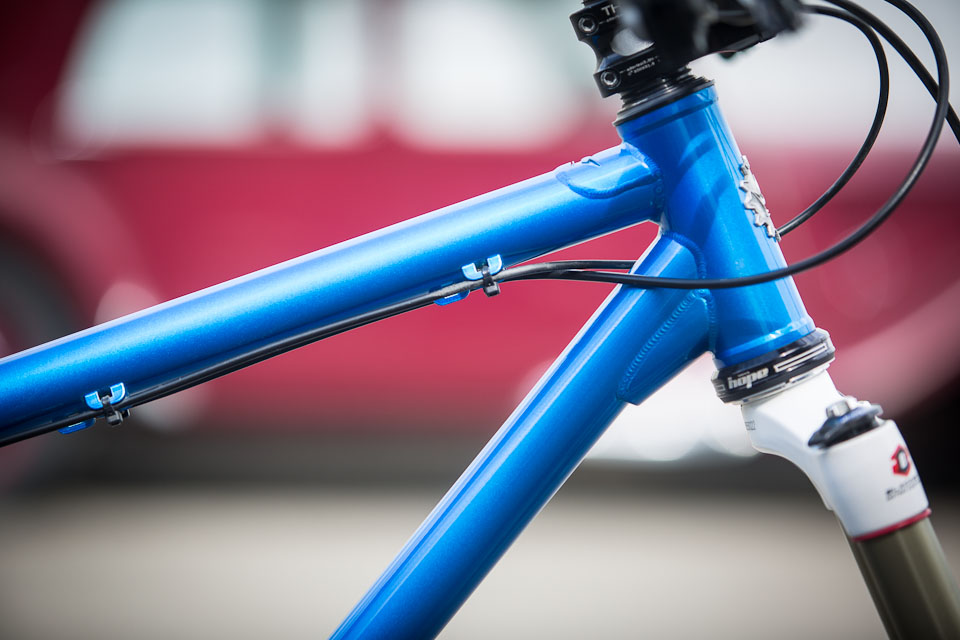 Being a hardtail, the Slackline has good acceleration and can climb (aided by a 72 degree seat angle), although it feels more like the up is a means to an end rather than the purpose of the journey. And the purpose is definitely going down, fast.

On big swoopy trails with loads of flow, big berms and jumps the bike feels like a halfway house between a 4X bike and a trail bike. That means it beds down well through the berms rewarding those who leave off the brakes with great exit speed and a real ability to flick your way through the apex if needed. The bike also flies with style, it is predictable in take-off, solid on landing and manoeuvrable during flight. 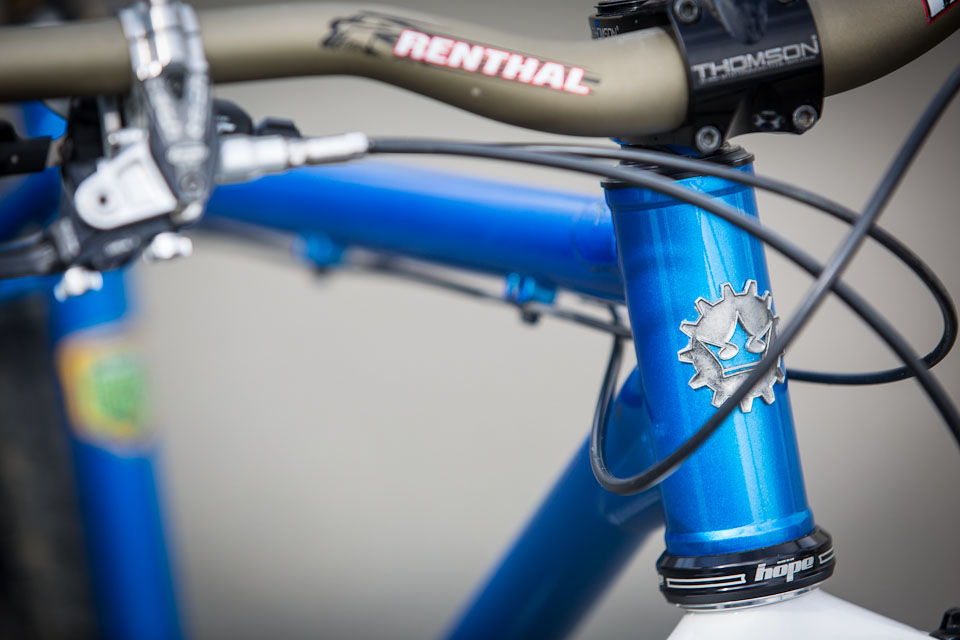 On steep, tight, twisty tracks the short stays and high bar height let you get over the front with confidence and if there are roots or rocks you feel stable even without inches of extra plush back end. The big clearances at the back also enable you to run some nice, hefty tyres such as the 2.5 Highroller IIs on the test bike which helped with the less than smooth sections. 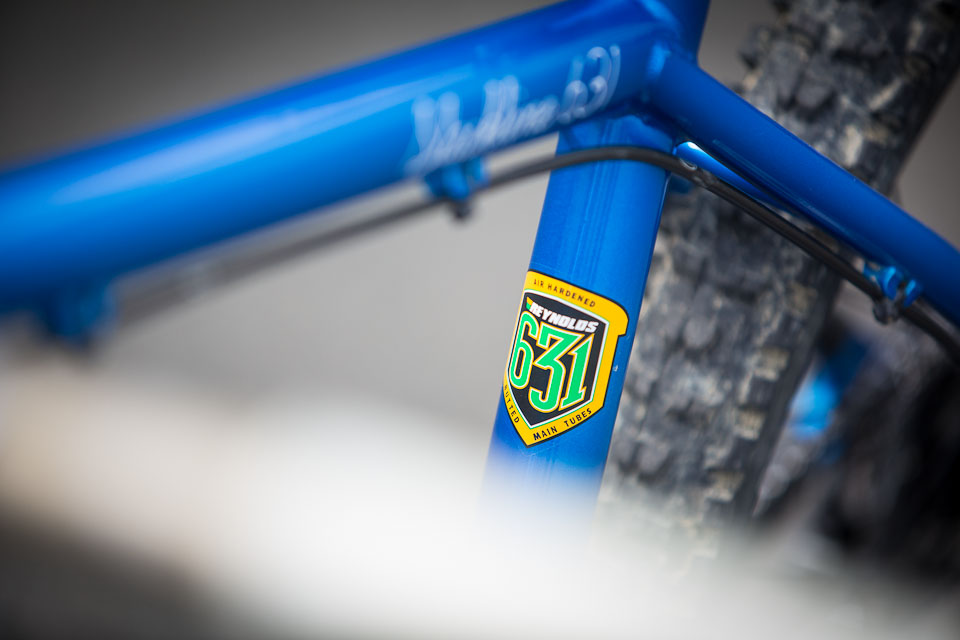 So, plenty of praise from me but I thought it was time to share the love and get a second opinion – just in case I was blinded by it being a bike from the homeland (equipped with plenty of Hope kit to make it even more patriotic). Given my background is more leaning towards going down the hill I handed it over to a riding buddy who is very much of the uphill persuasion (whisper it but he has been known to race road bikes, too). I wanted to see if I could get him off his XC race machine with 560mm bars where the seat-post hasn’t been put down since 1992 and tempt him to the dark side. The power of the Slackline (and the build kit including 780mm Renthal bars) was strong and one weekend riding the fabled tracks of Nelson was enough to convince the most die hard lycra lad that he needed to change his ways. Comments like: “playful but stable”, “damn that thing is fast going down”, and “do you think I can buy this one?” were pretty indicative that the Slackline was a bike that was worth sharing with anyone and everyone. 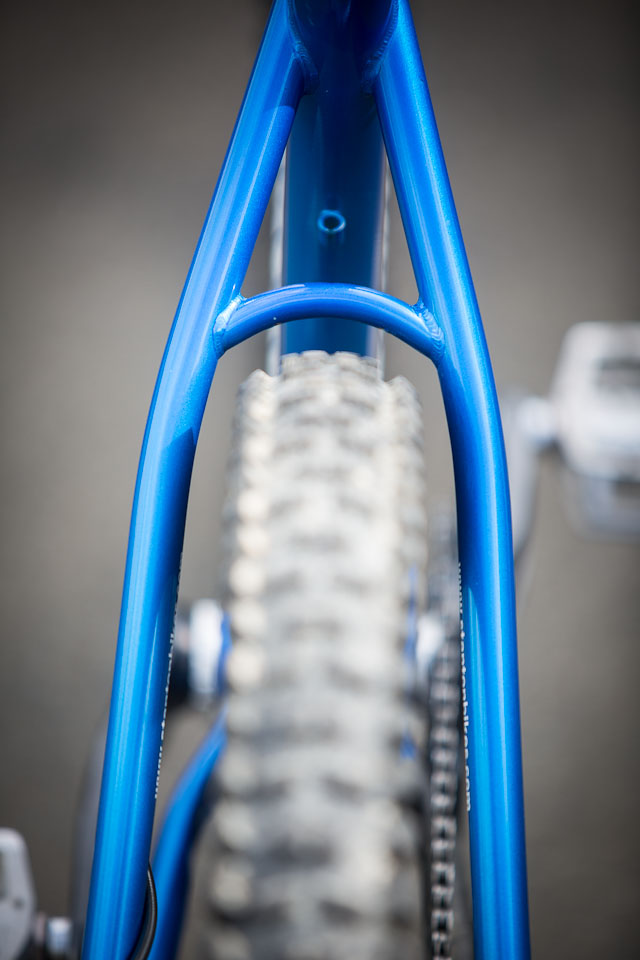 If you’re keen to get hold of a frame, drop Jason an email at jason@viciouscycle.co.nz 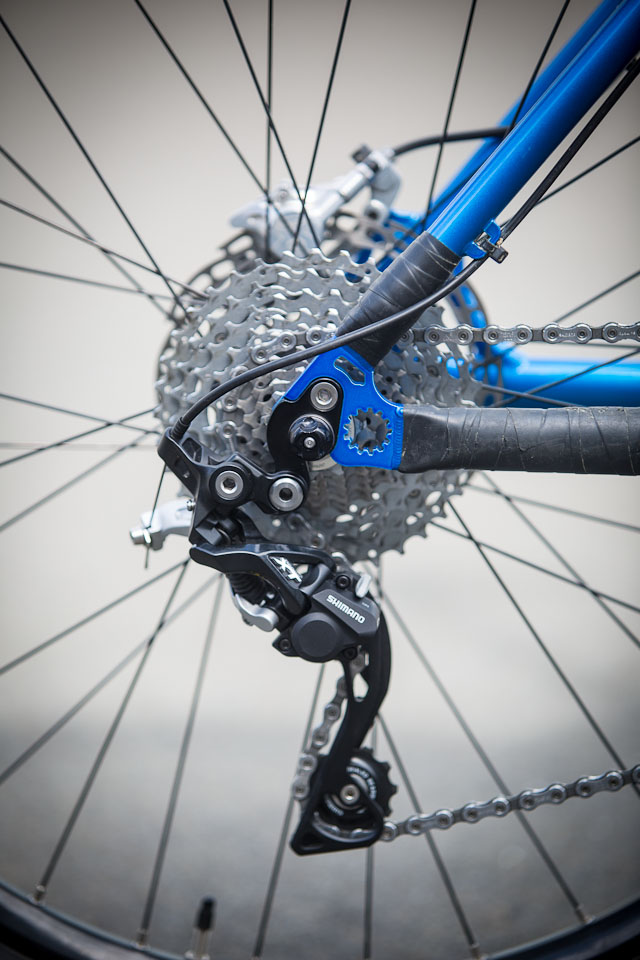