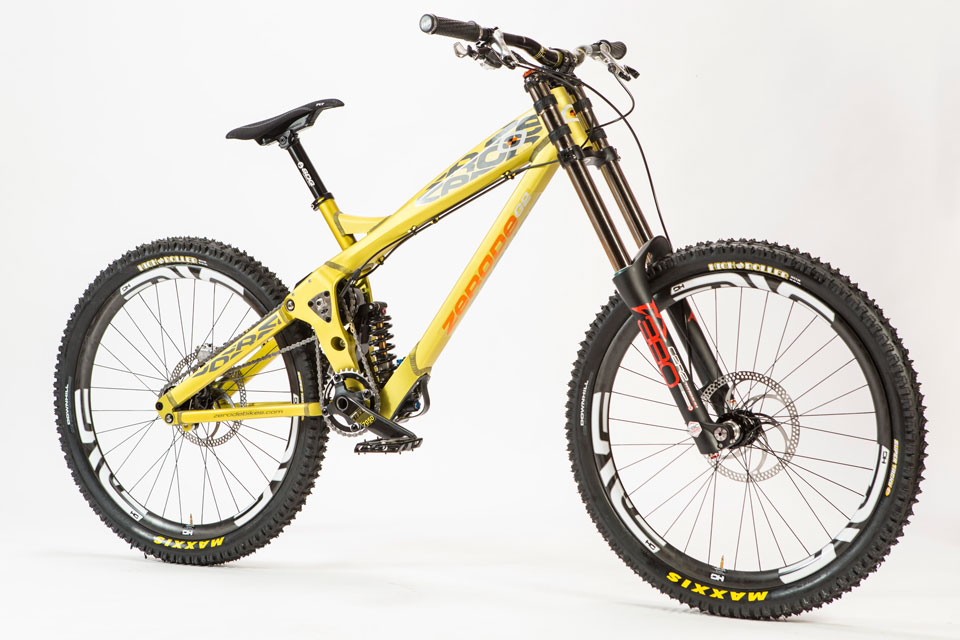 It may come as news to you, but Turner have switched their focus almost entirely towards trail and all mountain bikes. That’s all good and well for most of us but it left poor old Matt Scoles without a bike to ride for the National series. Enter a secret handshake deal between Zerode owner and grand wizard Rob Metz and Matt from Wide Open and Scolesy now has a bike—a fricken blinging Marzocchi, Formula, Gravity and Enve equipped sexy beast of a bike. 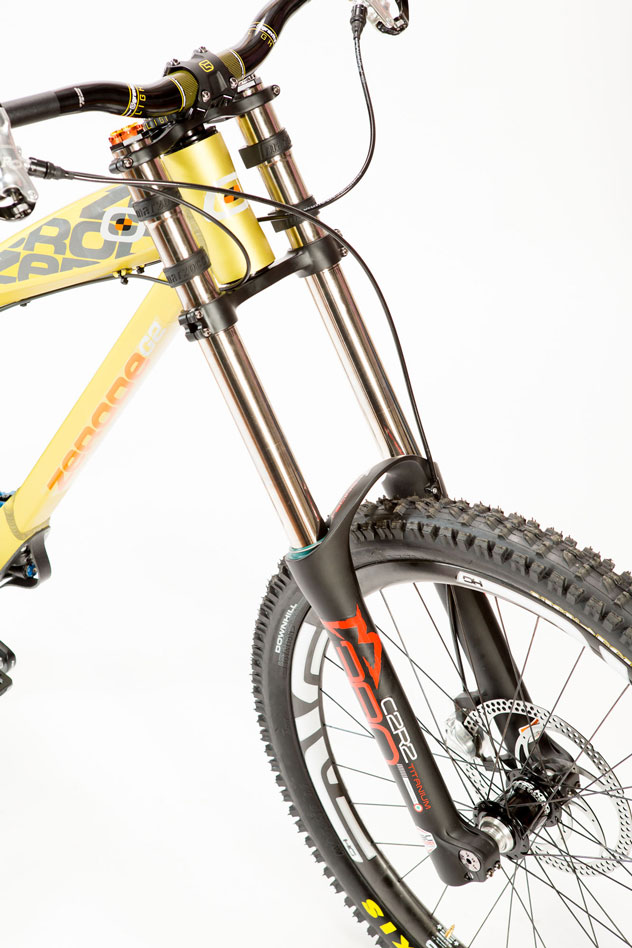 The fork on Scolesy’s new rig is the brand new Marzocchi 380 C2R2. The C2R2 damper is the flagship DBC unit with high and low speed adjustment for compression and rebound. The compression assembly can also be removed from the cartridge without opening the fork to easily alter the shim stack if needed. 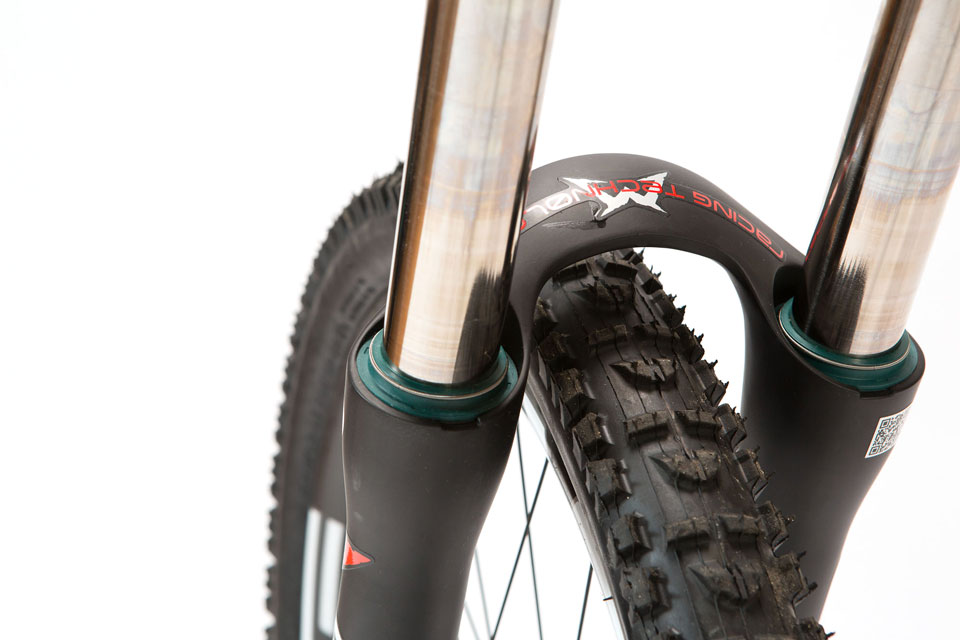 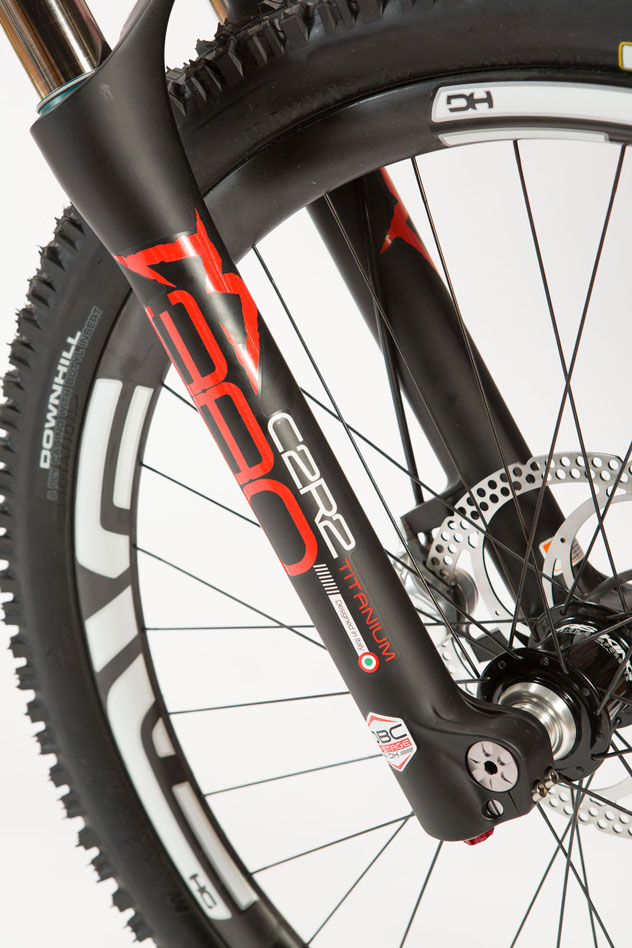 It also gets the new style lowers, and the redesigned arch will accept both 26” and 650B wheels. 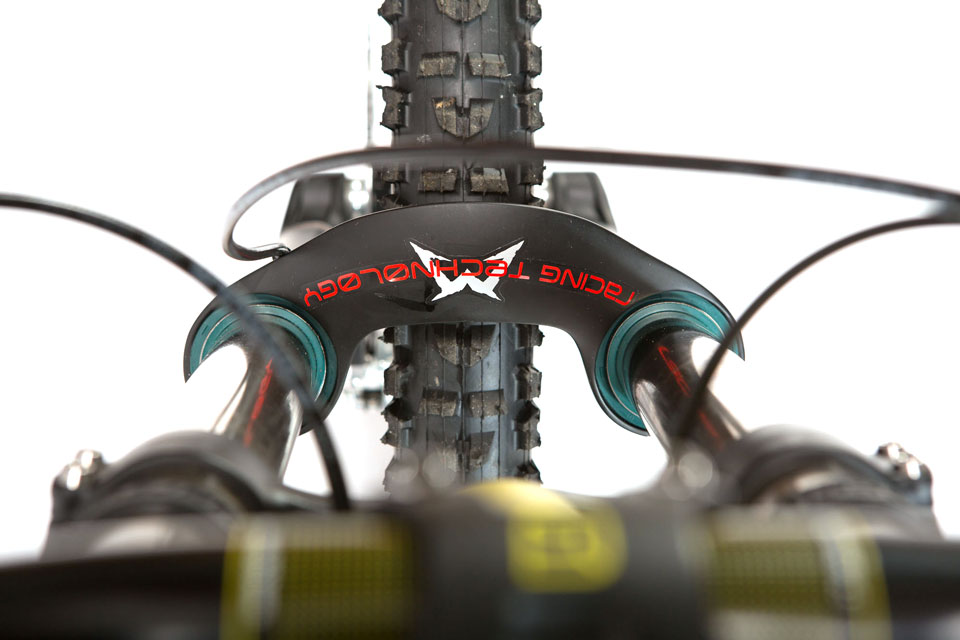 A Titanium coil spring is fitted as standard, along with a new anti-bottoming system (that I don’t know the name of), and new ‘green’ SKF. These are the hot ticket in the moto world for how little friction they have, and are fitted to the 380 as standard. 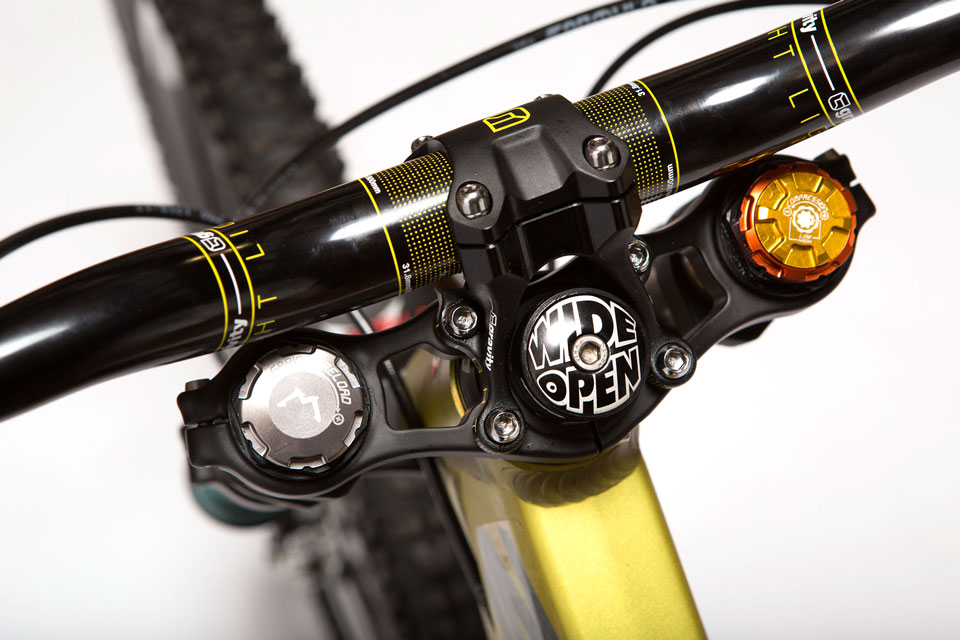 The new crowns are hollow, and the pinch bolts have been moved to the outside to reduce the stress on the clamping area. 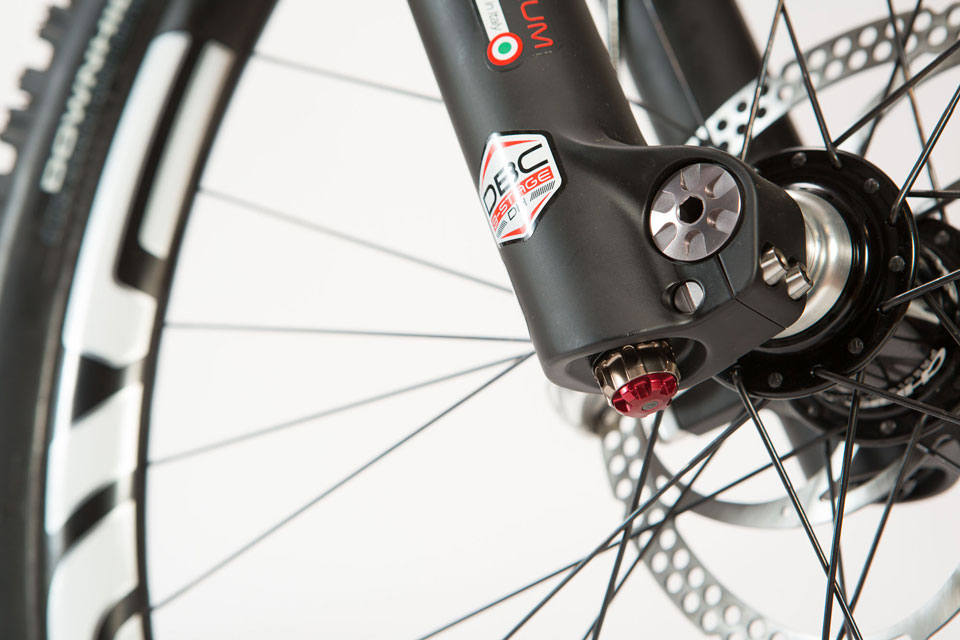 There’s also a new 20mm axle which is much lighter than before. 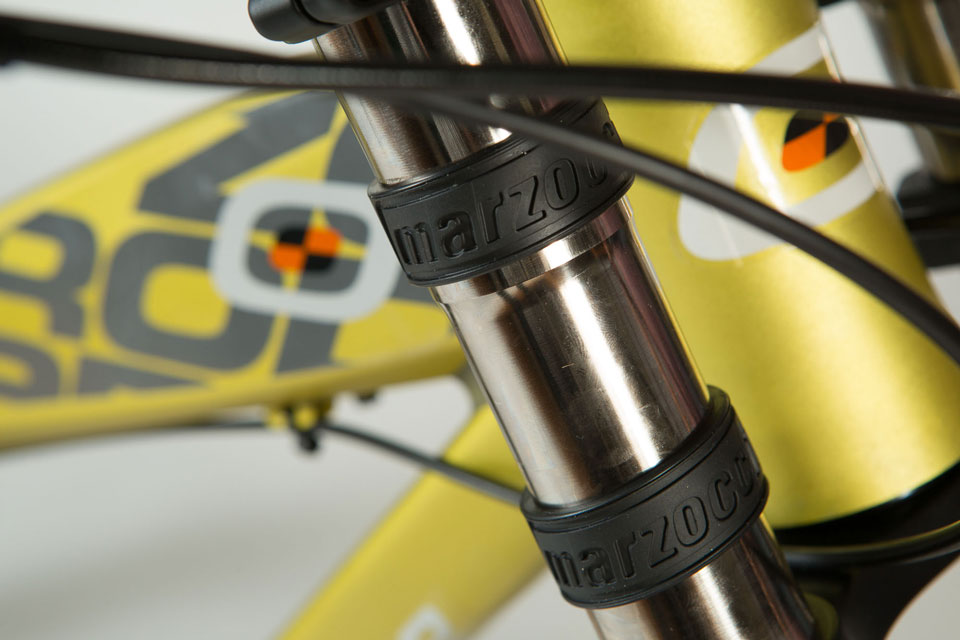 And the whole package weighs in at 2750 grams. Crazy! 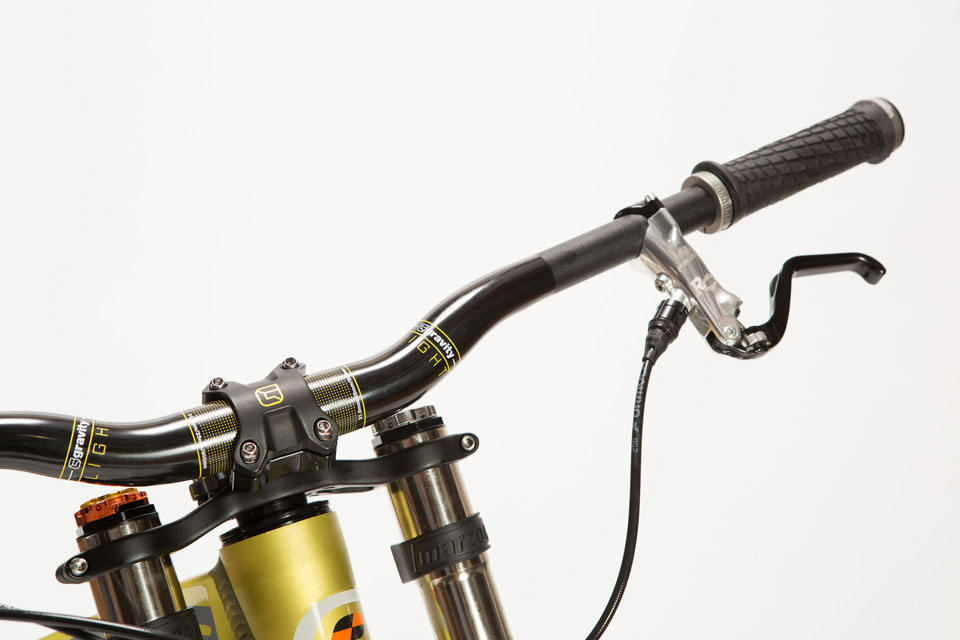 The Wide Open DH sled will be rocking Formula RO brakes, the ‘O’ being for the oval piston. They feature a semi radial master cylinder for greater control with a still powerful lever feel (18% more powerful than the already powerful T1 trail brake) as well as tool-free reach adjust and FCS for adjustment of bite point. They are SRAM Mixmaster compatible to directly mount SRAM shifters and have a one-piece caliper body for low weight and consistent braking feel. Weight is 361 grams and retail is $389 per end plus rotor and adapters. 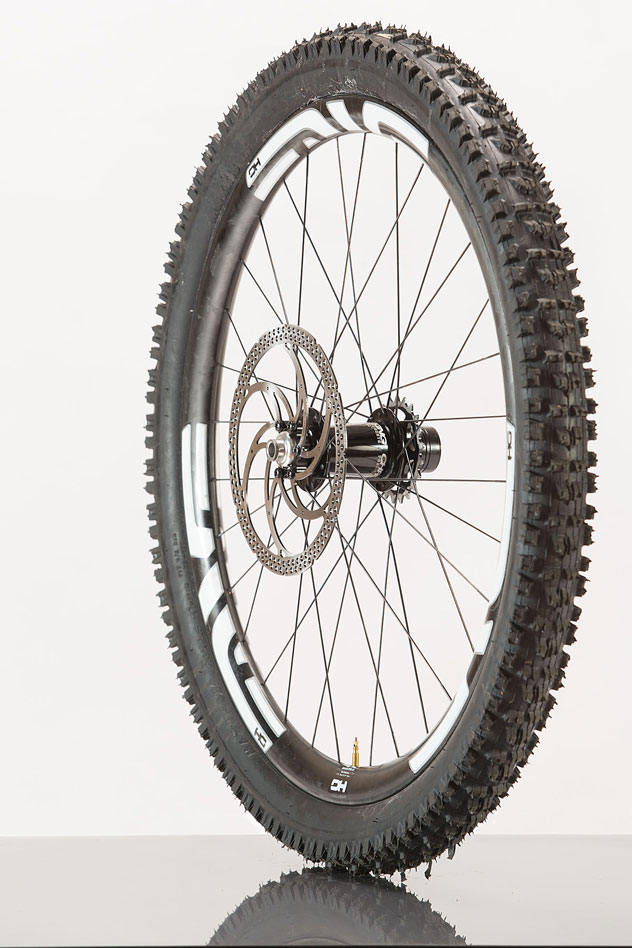 The whole thing is rolling on the super desirable ENVE DH rims laced to Chris King hubs with double butted Wheelsmith spokes. The rims feature a 21mm internal bead width (30mm external) and have been shredded by the Syndicate boys! The whole package weighs in at 1900 grams, but you may have to mortgage the house as the wheelset pictured will cost you $3850 . 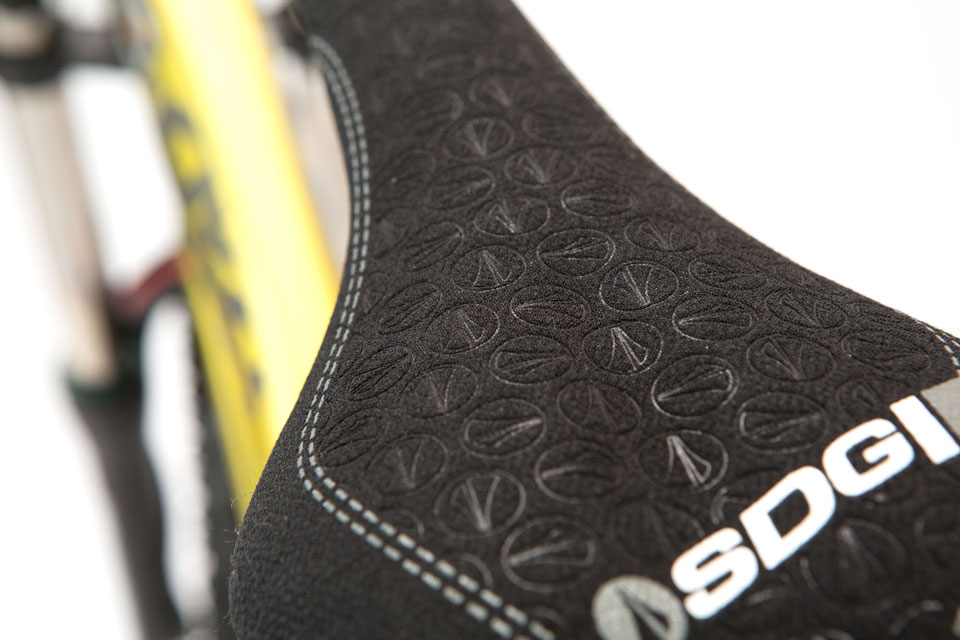 At times you forget about the simple things like the fact that SDG make super stylish, fricken awesome saddles! 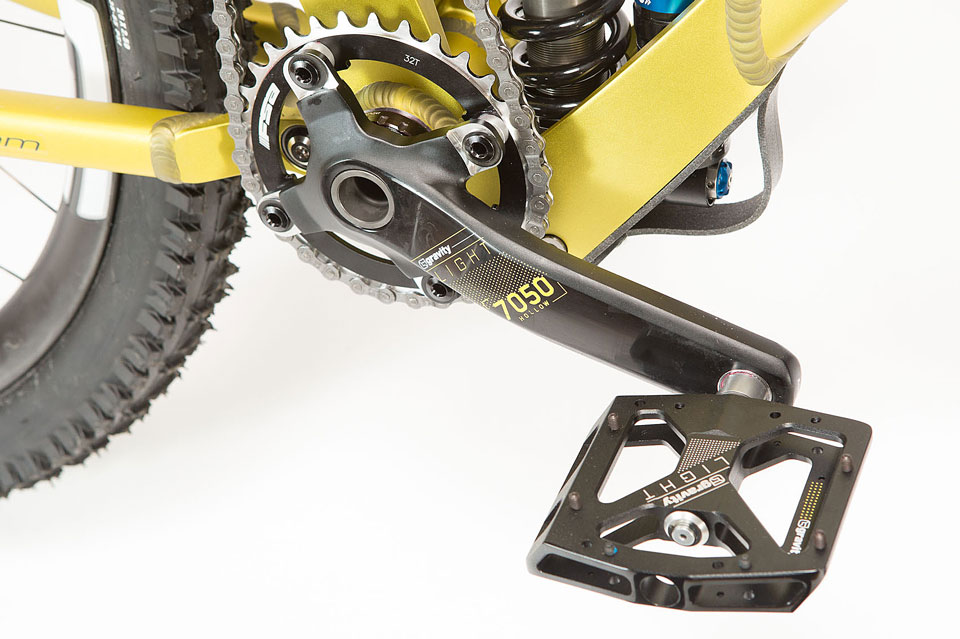