With an area of 268,021 km² and just 4.5 million people there is a lot of empty space in New Zealand to be explored. This, of course, is an awesome fact meaning that journeys into all that great open space are usually adventurous or, that over used word – epic! It goes without saying that it can also be pretty remote, it’s not long into the hills before phone signal is long gone and those photos will have to become #latergrams.

It is also this very fact that makes it so tempting to get out and explore nooks and crannies of the country that we can very well imagine not many people have been. Remote places aren’t just limited to the path less travelled either, there are plenty of well known mountain bike tracks where signal is scarce, you are far from a road and the route in or out is physical. Even on well tramped or biked tracks the likelihood of someone coming across your predicament, should you get into one, just when you need them is slim to none.

It is in these places that a personal locator beacon (PLB) could be your lifesaver. I’ve been thinking about the one I carry and the reasons I carry it, or rather the better way of thinking about it is – why wouldn’t you carry it?

I spoke a while back to someone I can quite confidently call an ‘adventurer’, Brian Alder. If you haven’t met Brian on your mountain biking travels then you might have heard about his successful Tour Divide attempt in 2016. That’s 4,418km and 60,000m of climbing over 16 days following the Rocky Mountains from Canada to Mexico. Brian is also a cycle tour guide and had many many years of biking under his belt, you’d have thought by now, he of all people, would have had opportunity to push the magic button of a PLB and call in search and rescue.

I was astonished to find out that was not the case and only recently, Brian used his PLB when leading a tramping trip on The Heaphy where an older client fell, broke a wrist and hit her head. At the time the group was close to Saxon Hut where they settled down, set off the PLB and waited for the helicopter to find them. It’s an awesome piece of technology to think that with one press of a button, emergency services can easily locate you in the bush with the tools and the knowledge to extract the injured party. These days, with all PLB’s registered to a specific person, you’ll probably they call you by name from the very start!

The PLB currently sitting in my pack is an ACR Artex ResQLink Personal Locator Beacon and as a rule if I know I’m going to be out of phone signal range it goes with me. Here’s my five reasons for taking this little yellow box of wizardry along:

This has to be number one. It might not be my life, it might be someone else’s but I’m damn sure I’d want someone with me equipped to get the help we need, if we needed it. I might as well be that person. Also, you know that age old phenomenon of ‘Sods Law’ right? Well, if you take it, you won’t need it but the day you don’t…….

2. Technology is cool and not that expensive

Let’s take advantage of the fact that these things don’t cost the earth but have the potential to save the most precious thing to you – your life. The technology inside is pretty awesome too, once activated, a standard PLB sends out two signals. One is the 406 MHz signal received by the satellites overhead. This will allow rescuers to get within about two miles of your location. The searchers can then home in on your exact position by listening for your PLB’s 121.5 MHz signal. If your PLB has a GPS interface, the 406 MHz signal will guide rescuers to an area less than 100 meters from your position. At the same time, they will employ a tracking device to home in on the 121.5 MHz frequency put out by the PLB.

I’ve weighed my PLB and with the case it, weighs in at just 230g! That’s a about the same as a couple of snacks, it’s certainly less than my hand pump and tools. It isn’t that big either, its easily hand held so doesn’t take up much room at all in my bag.

Your PLB will be registered to you, so not only will those search and rescue heroes call you by name, they are also going to let your mum (or other emergency contact!) know where you are and what’s happening. That’s peace of mind for them.
Peace of mind for you comes in the form of the knowledge that you are prepared should the worst happen. Even just a few km’s from town, you can be injured 900m up a mountain and no way of getting down without one of these things.

5. It’s good to have a last resort

I hope I never have to set my PLB off, I really hope I never have to! Whilst every effort will be made to help or rescue someone in another way, it might be inevitable one day. If Brian’s experience is anything to go by, I hope this yellow box will sit in my pack for a few years yet! 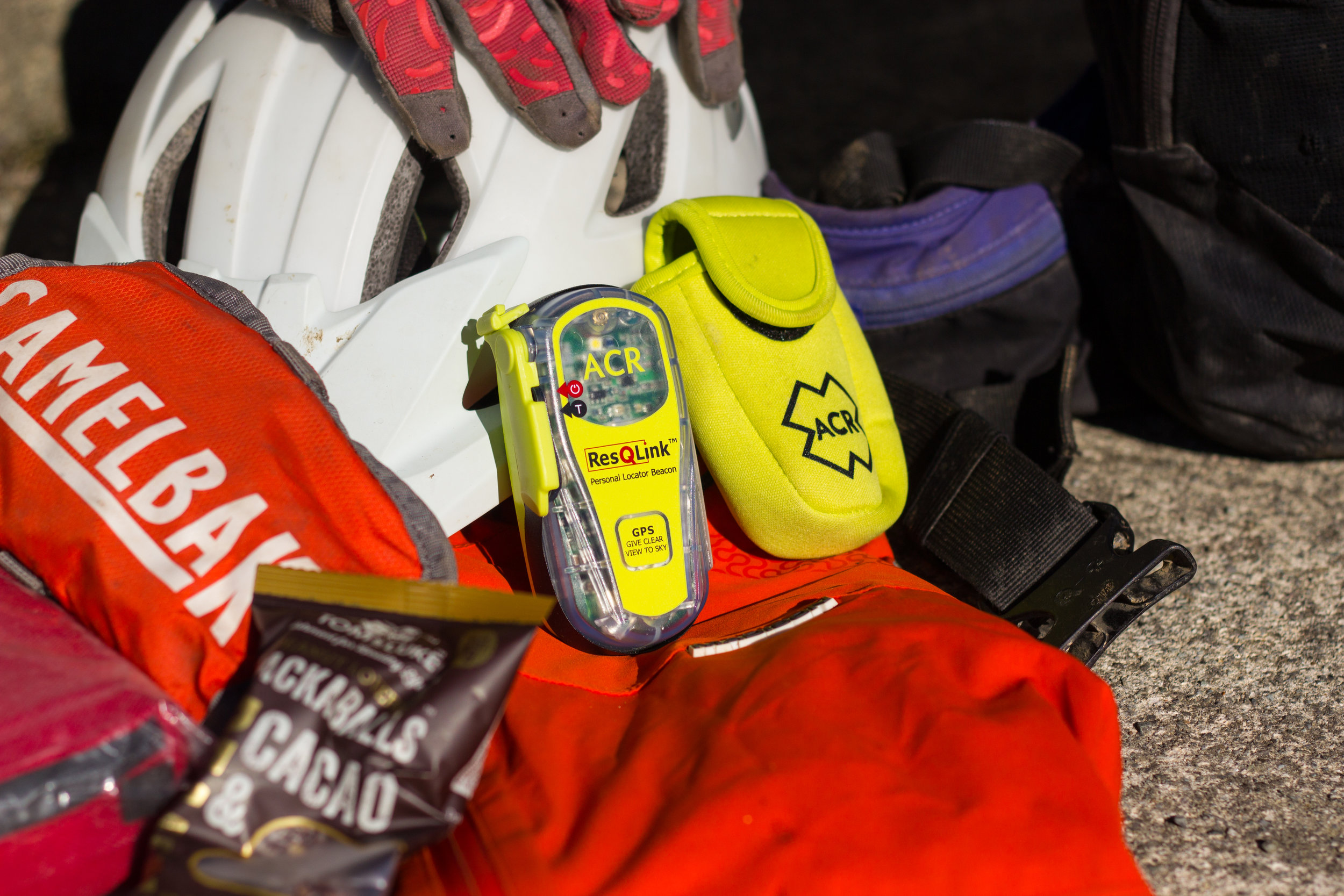 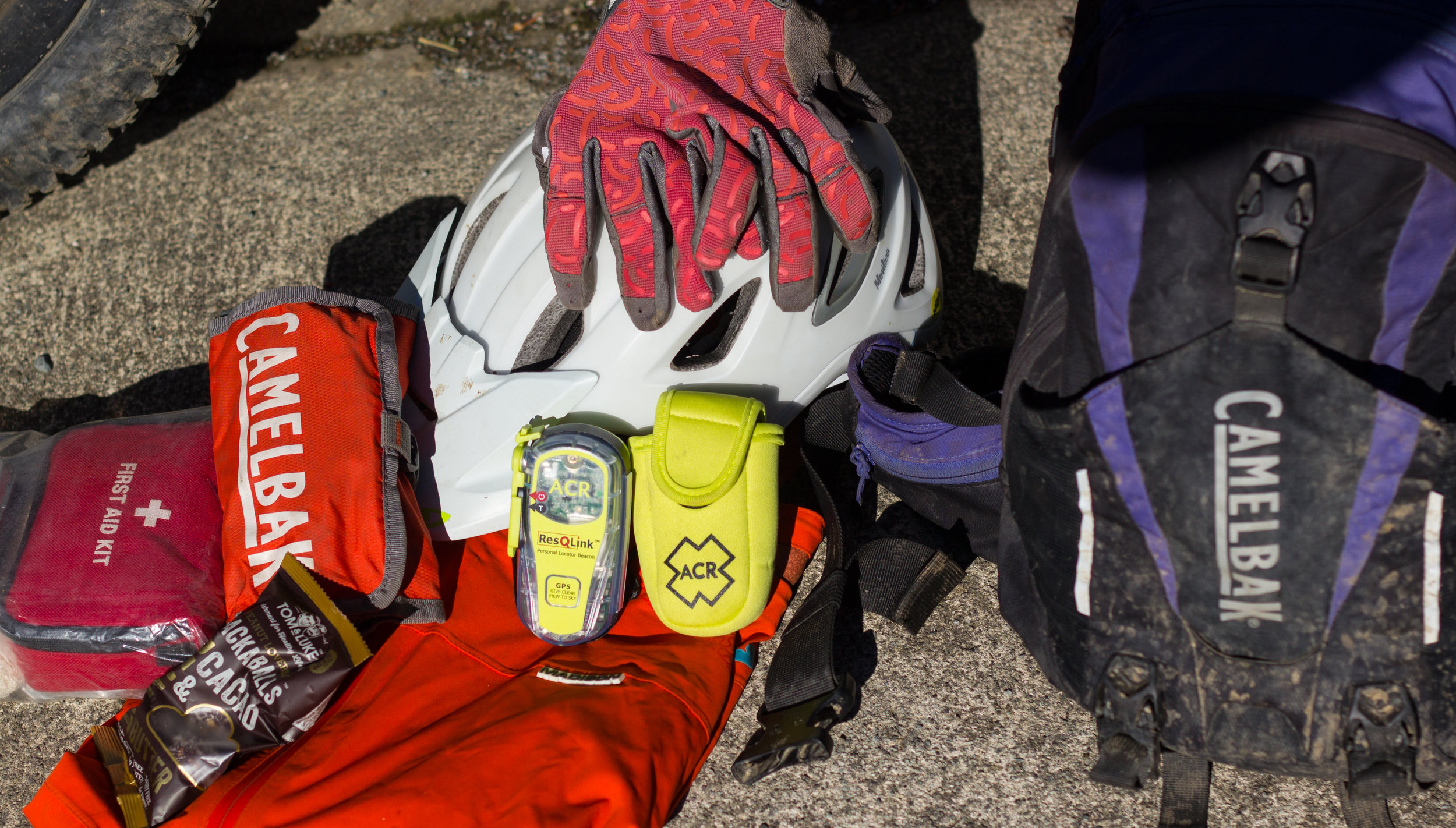 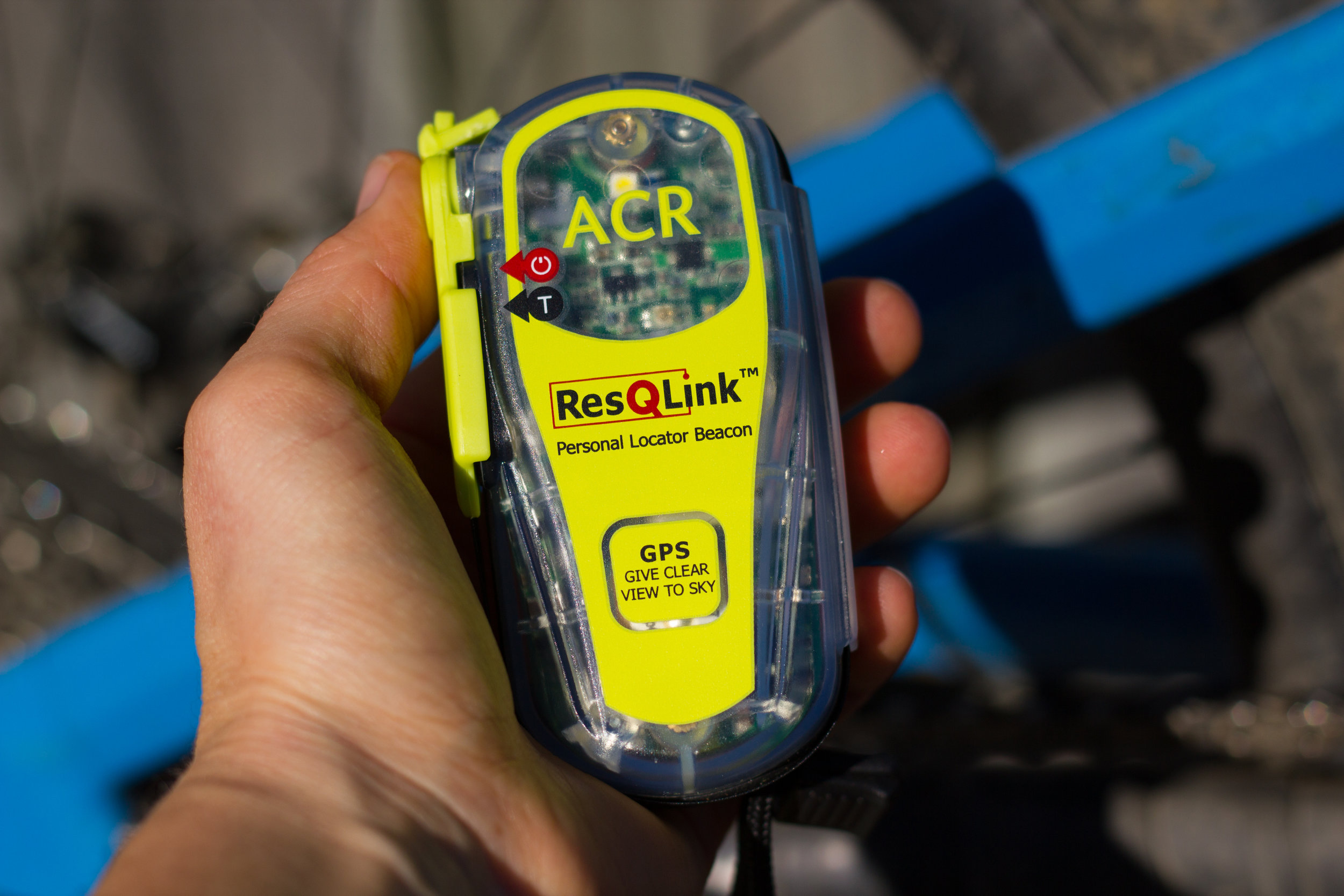 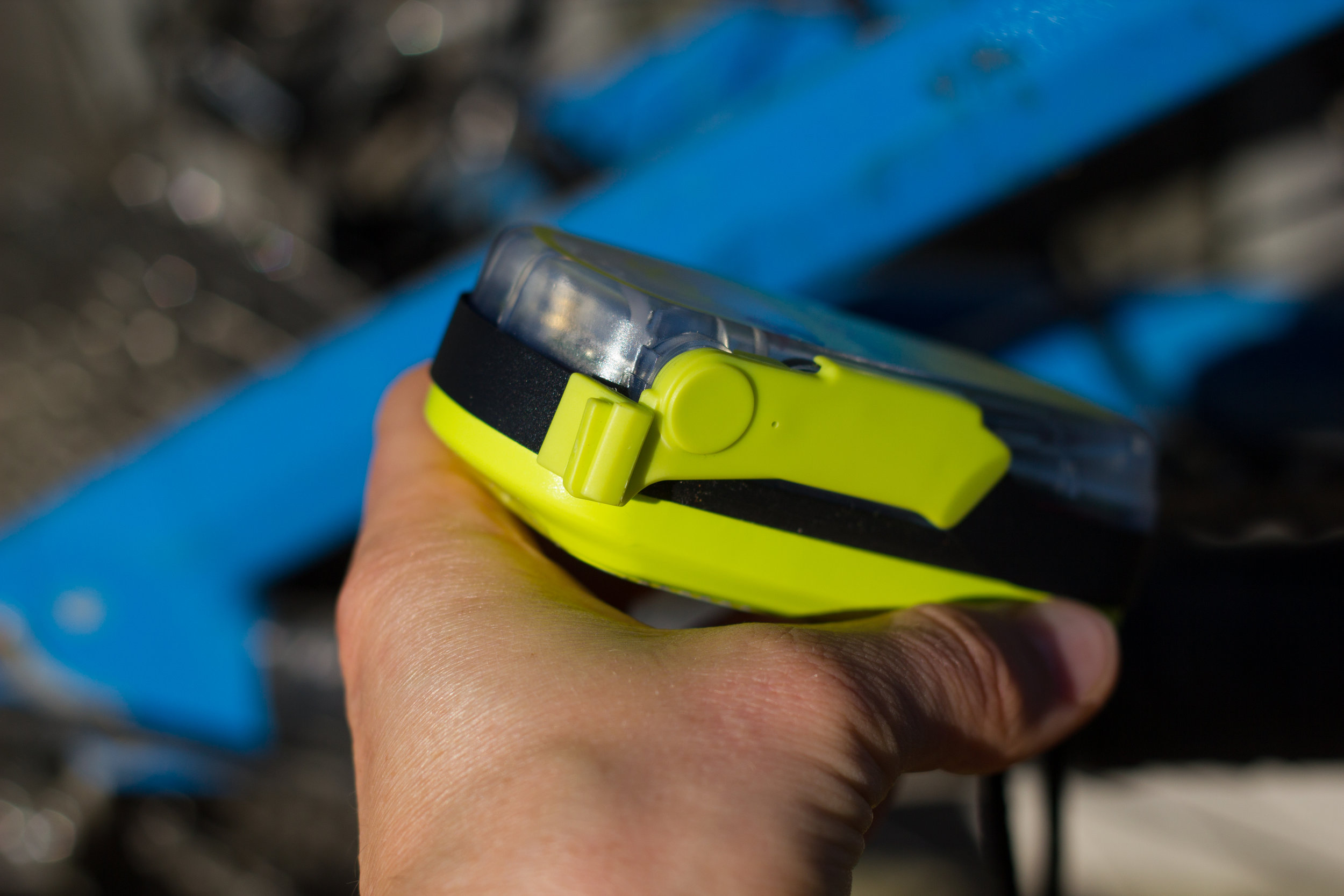 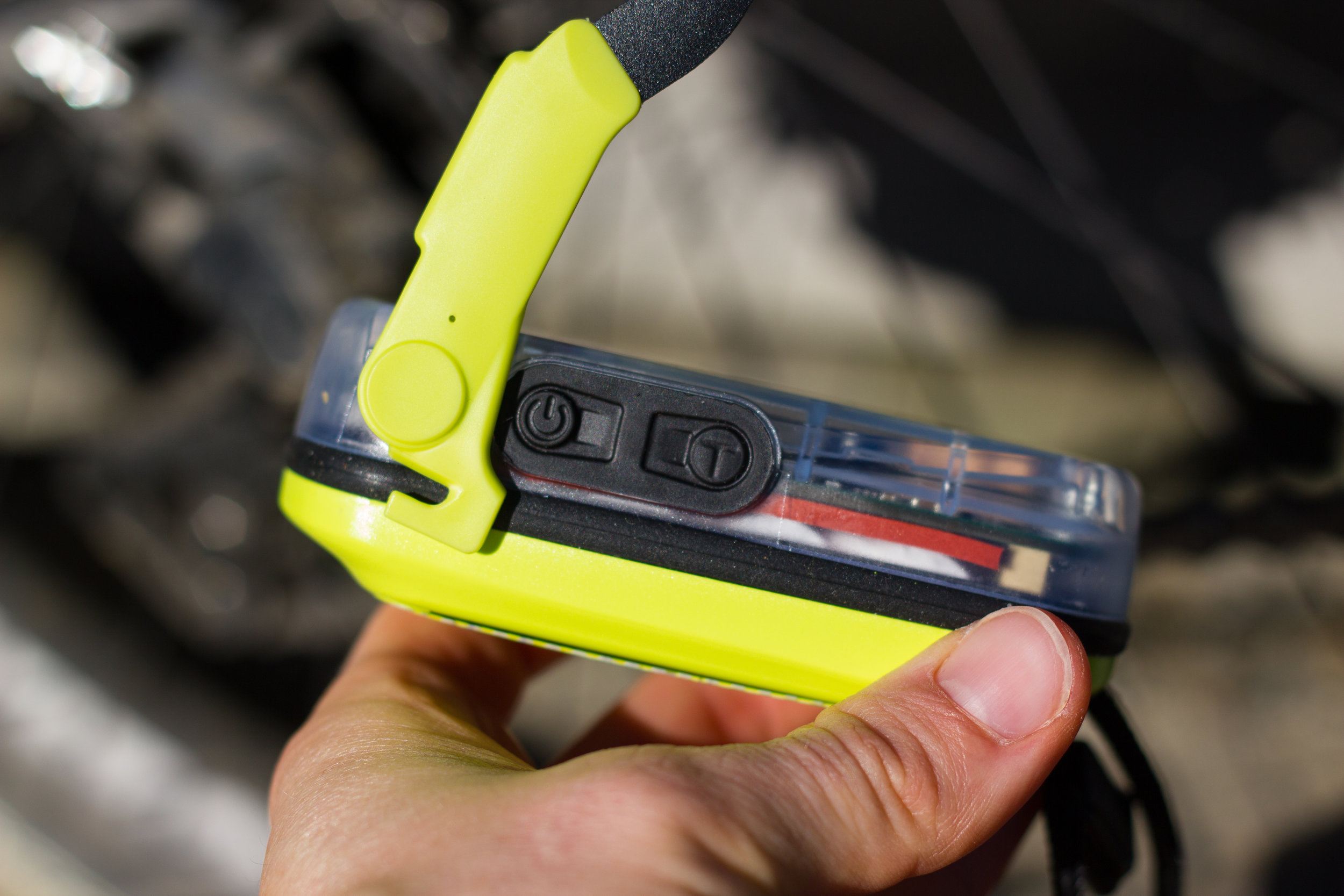 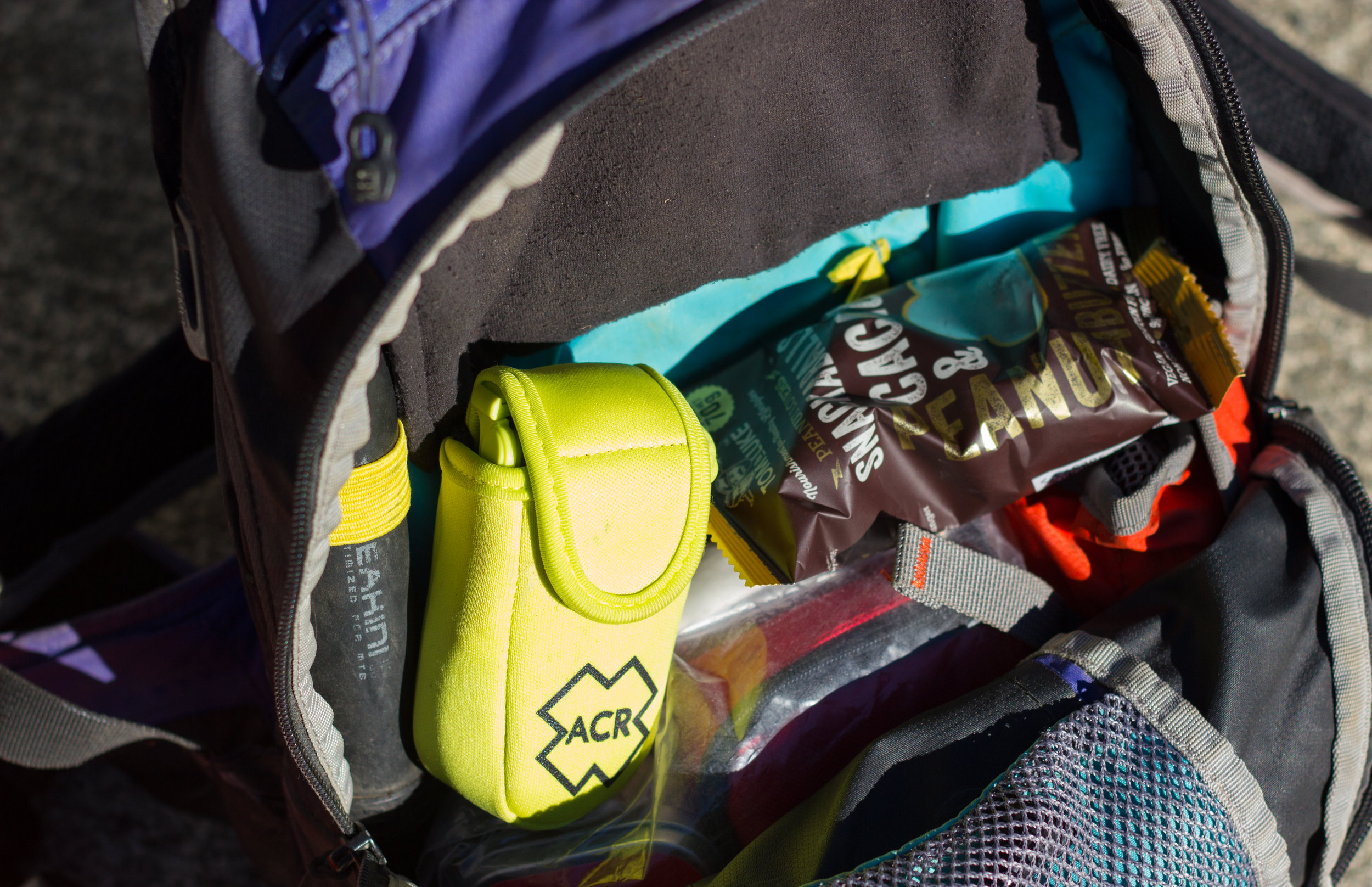