In typically humid Auckland conditions, race one of the inaugural Auckland Enduro Series went down in Maraetai on the weekend in the sharply rolling hills behind the beachside town. With racing spread across six stages, competitors were able to choose the order they tackled them, making for a potentially considerable amount of pedalling if one choose their route poorly! 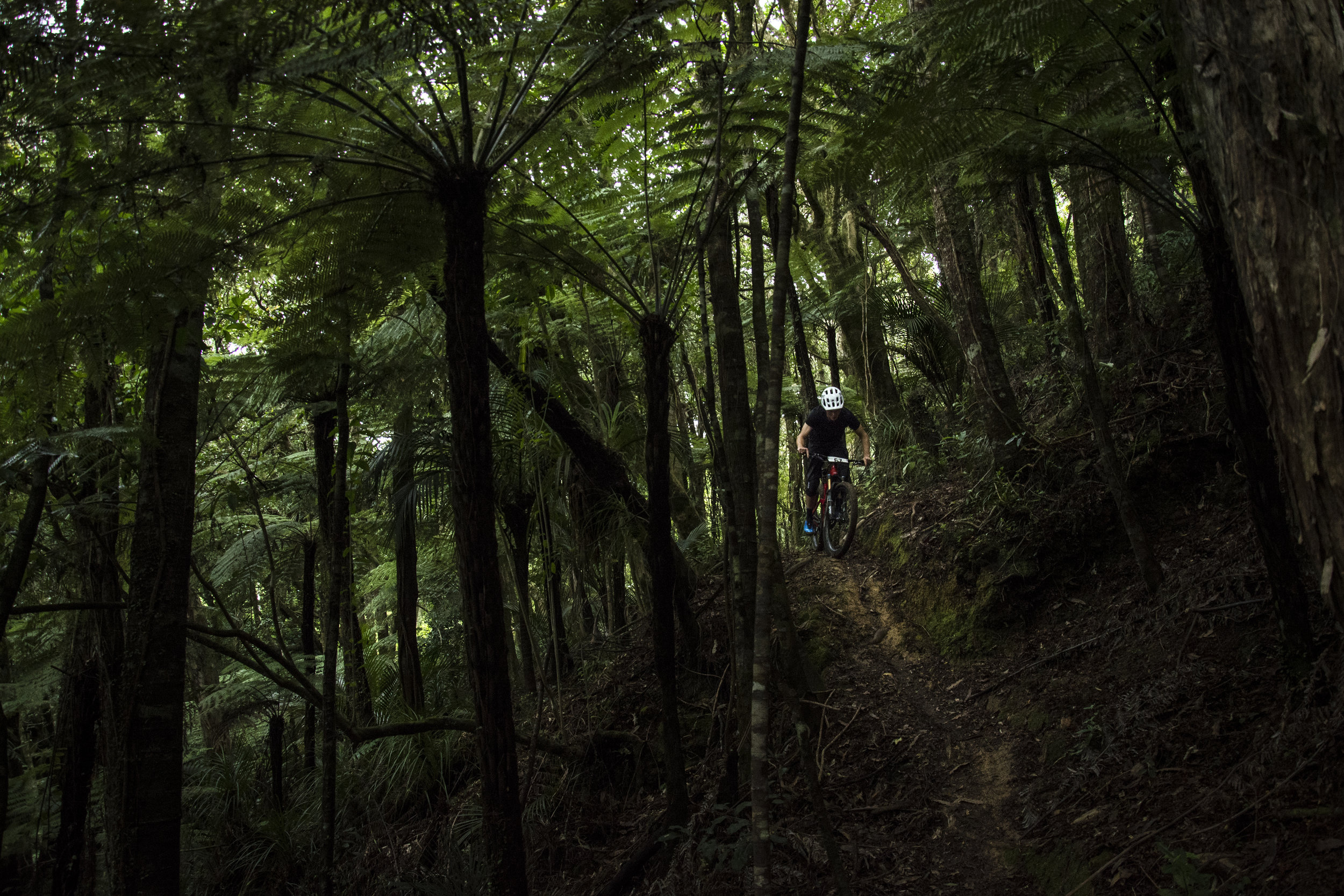 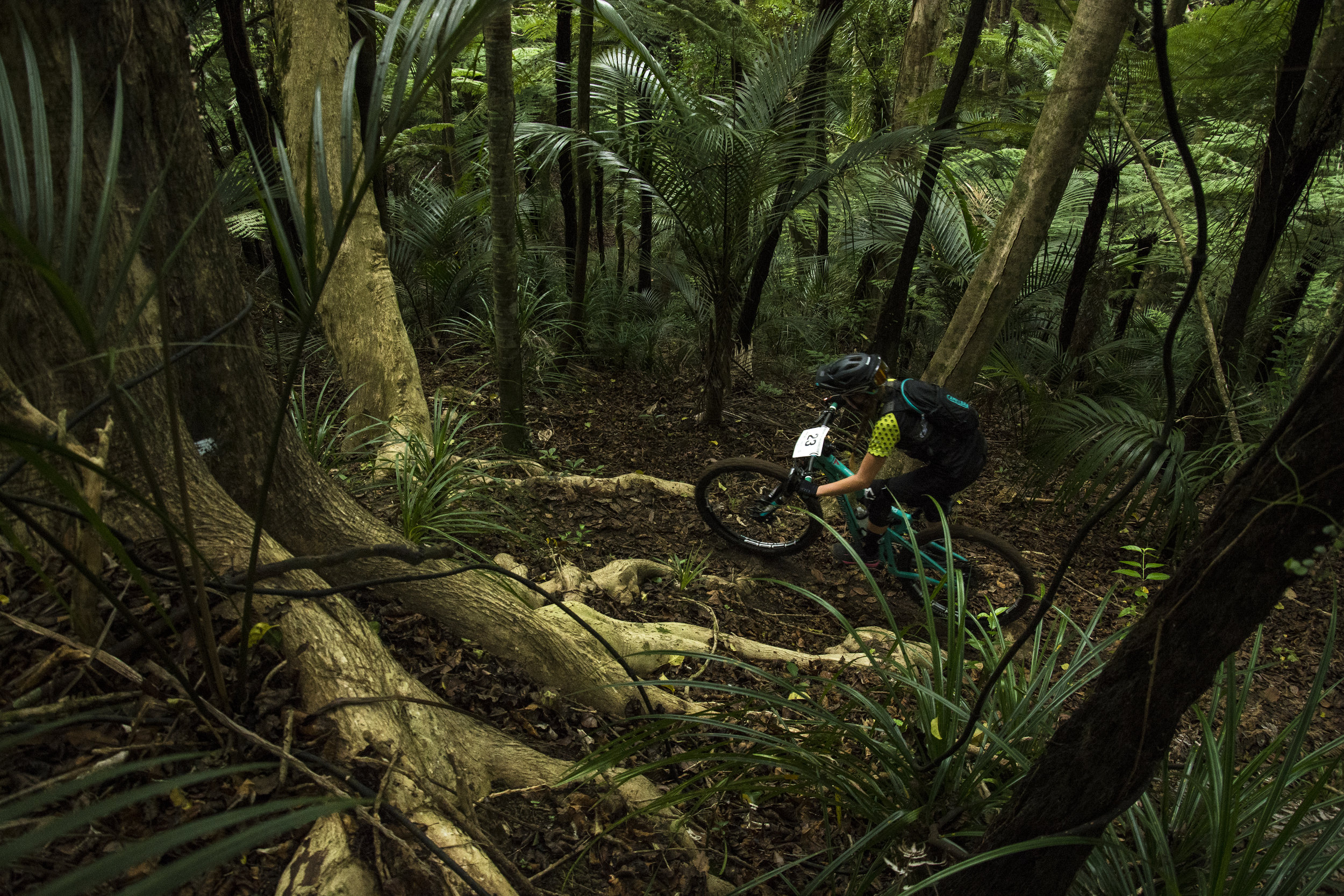 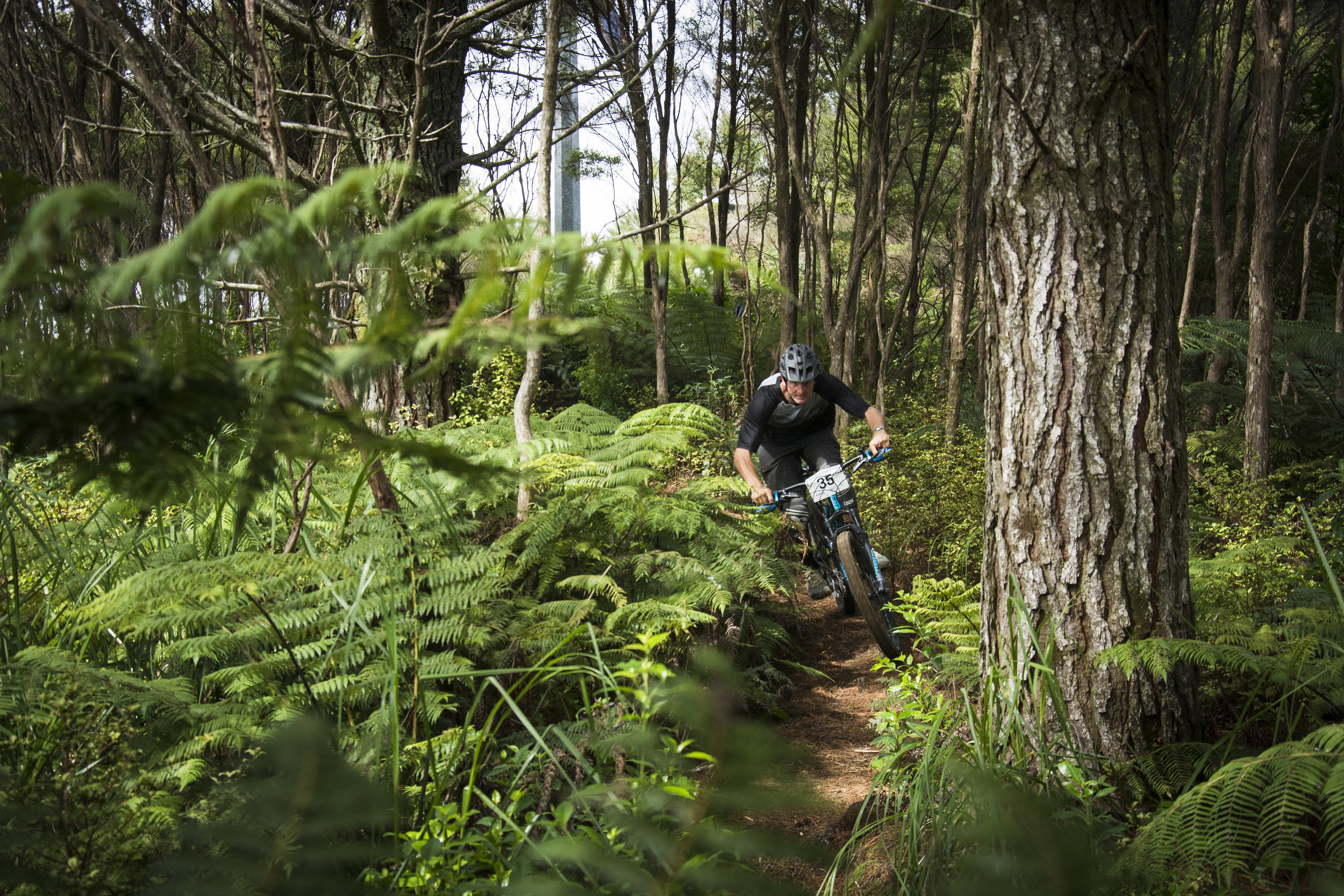 Those that opted to leave till last the stages in the furthest corner of the forest, set in the deep dark recesses of native bush, may have been left kicking themselves. Tired legs battling roots, slick corners and muddy pinch climbs only made more challenging by each passing rider.

After predominantly racing stages amongst mixed pine forest and native bush, the loose, dry and rocky nature of Prospectors saw a few wipe-outs and near misses. It’s sharp, loose corners and rocky sections requiring a change of style and mind-set to the natives. 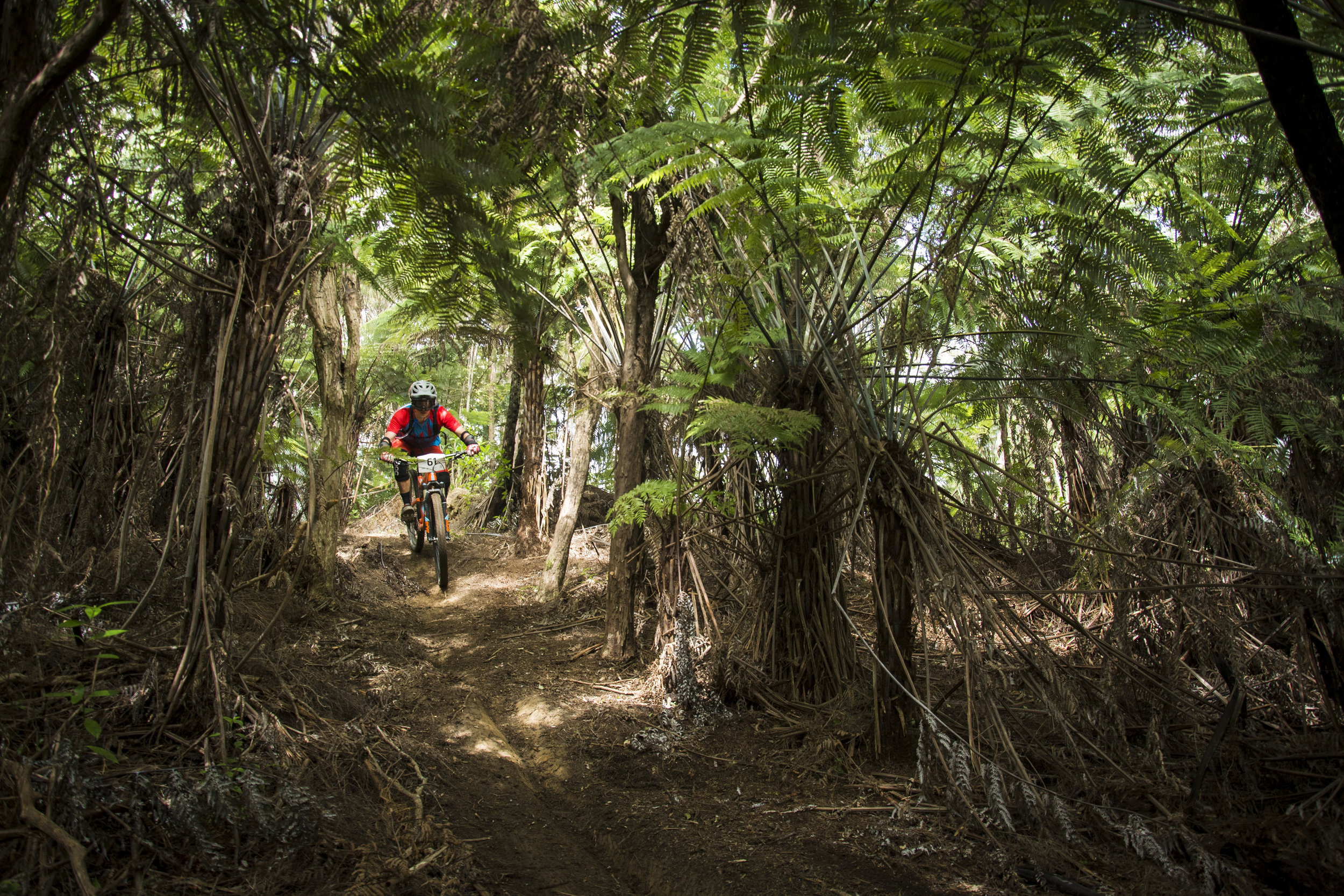 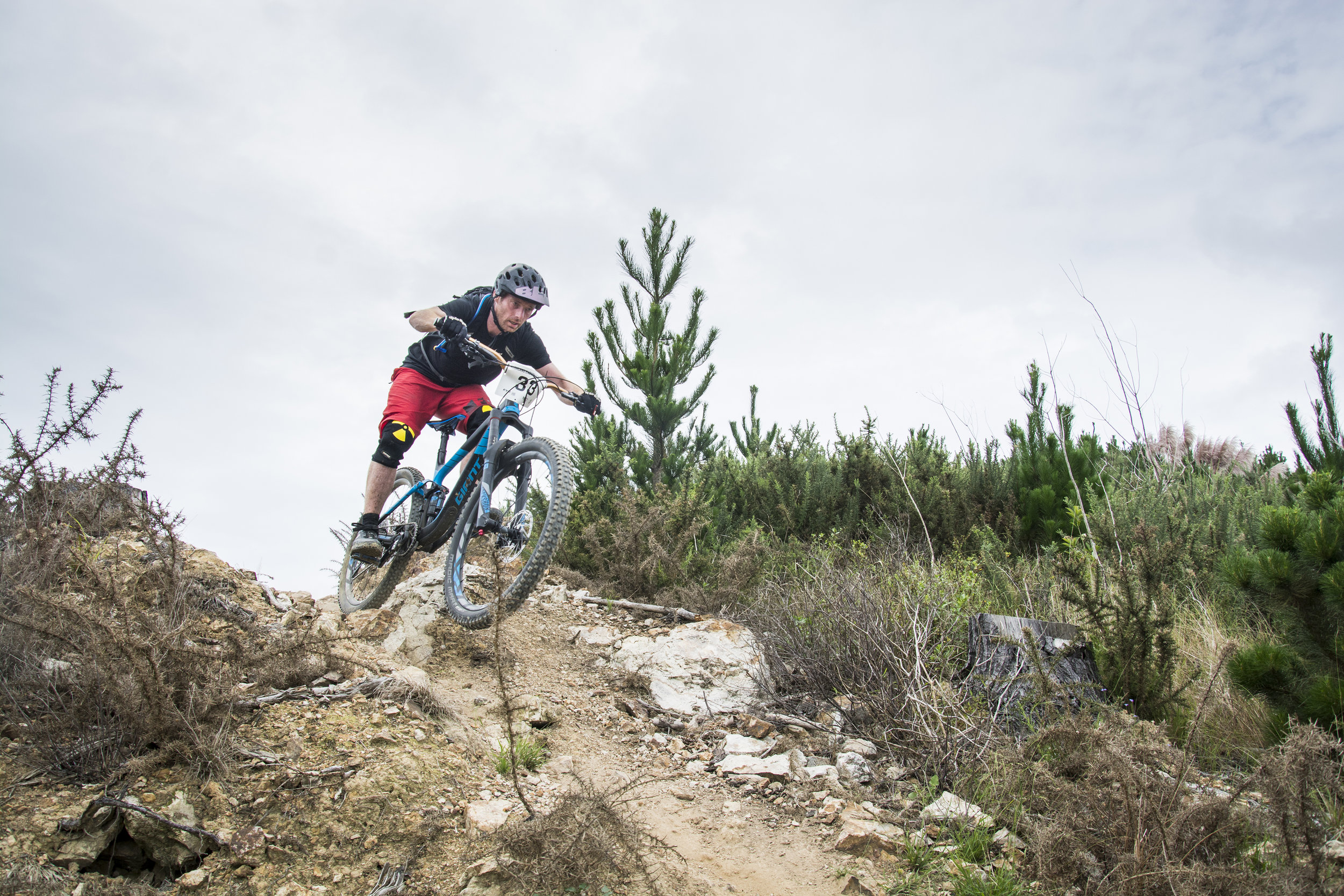 Cosmo Bloor and Reuben Masden vied for top spot in the Men’s Overall. In the end Cosmo took out it out with only a second in it, with an overall time of 0:18:03, winning four of the six stages. Women’s overall was secured by Sarah Haddon with the young local Jess Manchester coming in second.

After a sticky day in the saddle riders were able to cool off and refuel with a beer (or ‘two’) from Deep Creek Brewery and pizza from Beach Piazza back at the base. Overall a fantastic event put on by the Pohutukawa Coast Bike Club, showcasing the unique and varied trails Maraetai has to offer. Next stop, Dome Valley on March 11.