If the XC racers turned their Cairns course into a dust bowl, you can imagine what 200 odd downhill racers did to the DH course over four days of practice and racing. Roots, rocks, ruts and clouds of dust appeared where previously there had been a freshly manicured course. some corners bedded in but mostly they blew out. By the end of the race trackside trees that had been fresh and green before were covered in a thin layer of red dust that coated everything.

The course starts with a view out over the sea and the barrier reef, crystal blue water with turquoise patches where the reef gets close to the surface and small green islands popping up out of the blue. It immediately dives into a series of switchbacks that were so full of dust that riders couldn’t tell what was solid and what wasn’t and resulted in such big clouds of dust that trackside spectators disappeared in choking clouds when a rider went down or decided drifts were more fun than going fast.

The next major feature is the rock garden. with a hard left hand entrance over a rock before riders rattled across a series of boulders that made it hard to be sure what was going to happen. many riders headed over the bars at some point during the week, or came out so bent out of shape that it wasn’t possible to make the rubbly right hander at the bottom of the rock garden.

From the rock garden the track becomes a wide open digger built ridge line blast with big jumps flat corners and whoops before diving back into the darkness rainforest traverses and one last series of drops before the long flat motorway sprint to the finish.

After a day of practice Friday was seeding for juniors and timed training for elites. there were a few casualties during the day, with Rachel Atherton breaking her Collarbone after clipping a bar in the top and Kiwi Josh Oxenham crashing on Mick’s drop at the end of the ridge line.

Mick Hannah and Tahnee Seagrave went fastest in timed training, and Finn Iles was convincingly fast in the junior mens as he has been all season. Kiwi Shania Rawson qualified fastest in junior women ahead of Latvian Paula Zibasa and Flora Lesoin of France.

Saturday was another practice day, then Sunday was race day. After a brief practice session in the morning it was time for the junior races.

First up were the junior girls. Melanie Chapaz came down early and fast to take the win with Kiwi Shania Rawson 2.7 seconds back in second followed by Flora Lesoin in third.

In the Junior Mens all eyes were on Finn Isles but two crashes in his run meant that Matt Walker came in first followed by Joe Breeden for a UK one two and Max Hartenstern of Germany rolled into third. Liam Bethell was the fastest Kiwi home in 15th place closely followed by Sam robbie in 16th then Boaz Hebblewaite in 20th, Billy Meaclem 22nd, Nils Heiniger in 29th, Josh Oxenham in 30th and Charlie Makea in 35th.

Womens elite was a war of attrition with Rachel Atherton out because of the crash in practice and Tahnee Seagrave and Tracy Hannah crashing in their race runs it was left to Miranda Miller of canada to take home the gold. followed by Miriam Nicole of France, Tracy recovered from her crash to take home third.

And all eyes were on the mens field. as the lowest UCI ranked rider after only attending one Downhill World Cup race this year Sam Hill Ran first, on his trail bike and laid down a stormer of a run Landing him in 6th 5.7 seconds back when all was said and done. Mick Hannah came down in the mid pack and knocked Sam off the podium with a total stormer of a run and everyone thought it was all over Mick celebrated and then we waited for the top 10.

Times got closer and closer as the gap between Hill and Hannah filled out then Loic Bruni came storming down to pip Mick by 0.3 of a second and everyone went into shock. What felt like should be Micks World Champs all week had suddenly been Won by a Frenchman. Aaron Gwin came roaring into third and everyone had to stop for a second and wonder what had happened. Both Hannahs had looked unstoppable all week death gripping sections that everyone else was afraid to and finding time where no one else could and neither of them had won. However the Kiwi Contingent had put in a solid effort, Rupert Chapman threw down to land 10th as the highest placed kiwi, Sam Blenkinsop came home in 15th, Matt Walker in 29th Ed Masters 30th Keegan Wright 35th Wyn Masters 40th and Brook MacDonald crashed into 62nd. not bad results at all.

That wrapped up an eventful week of sun dust and bikes in Cairns. 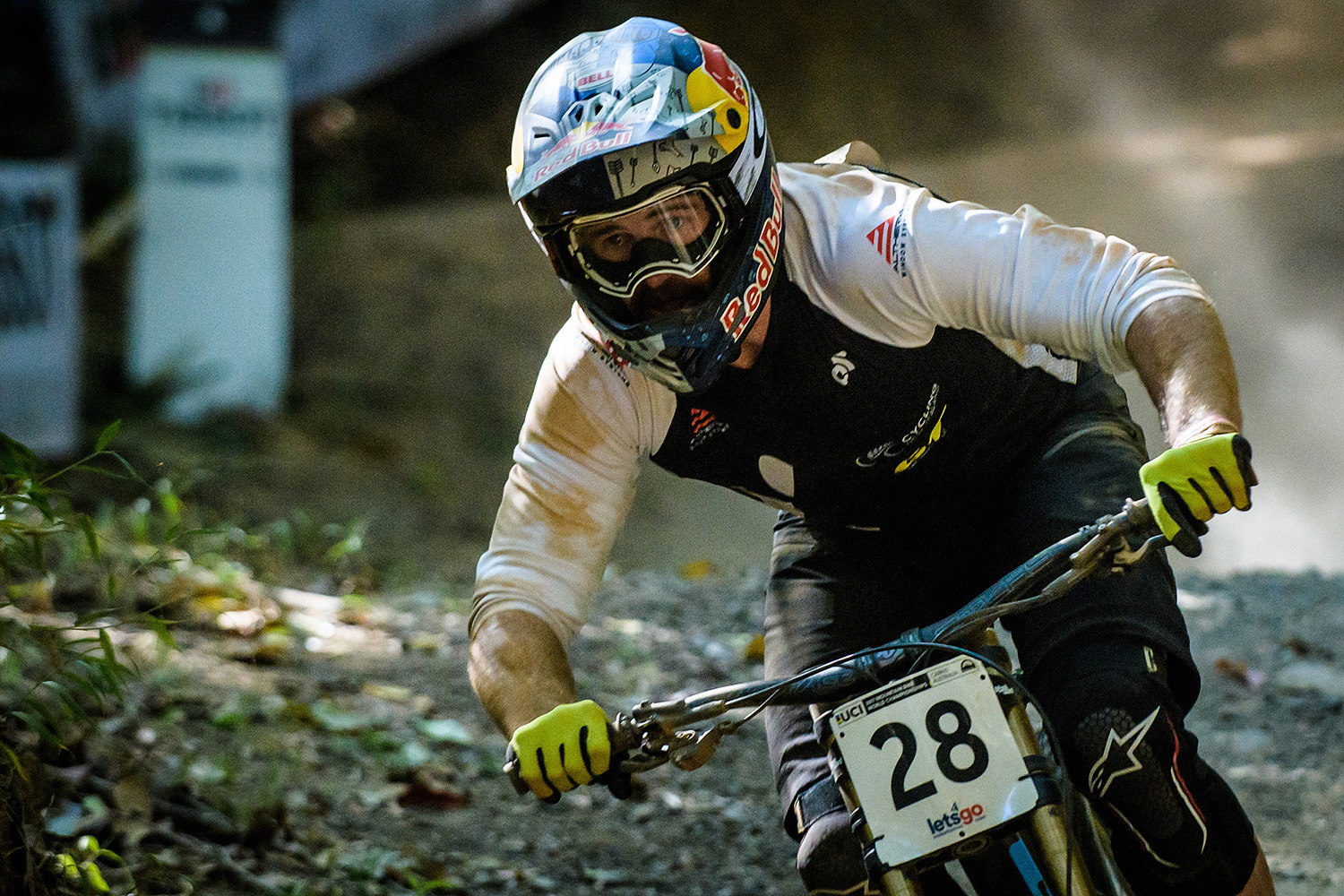 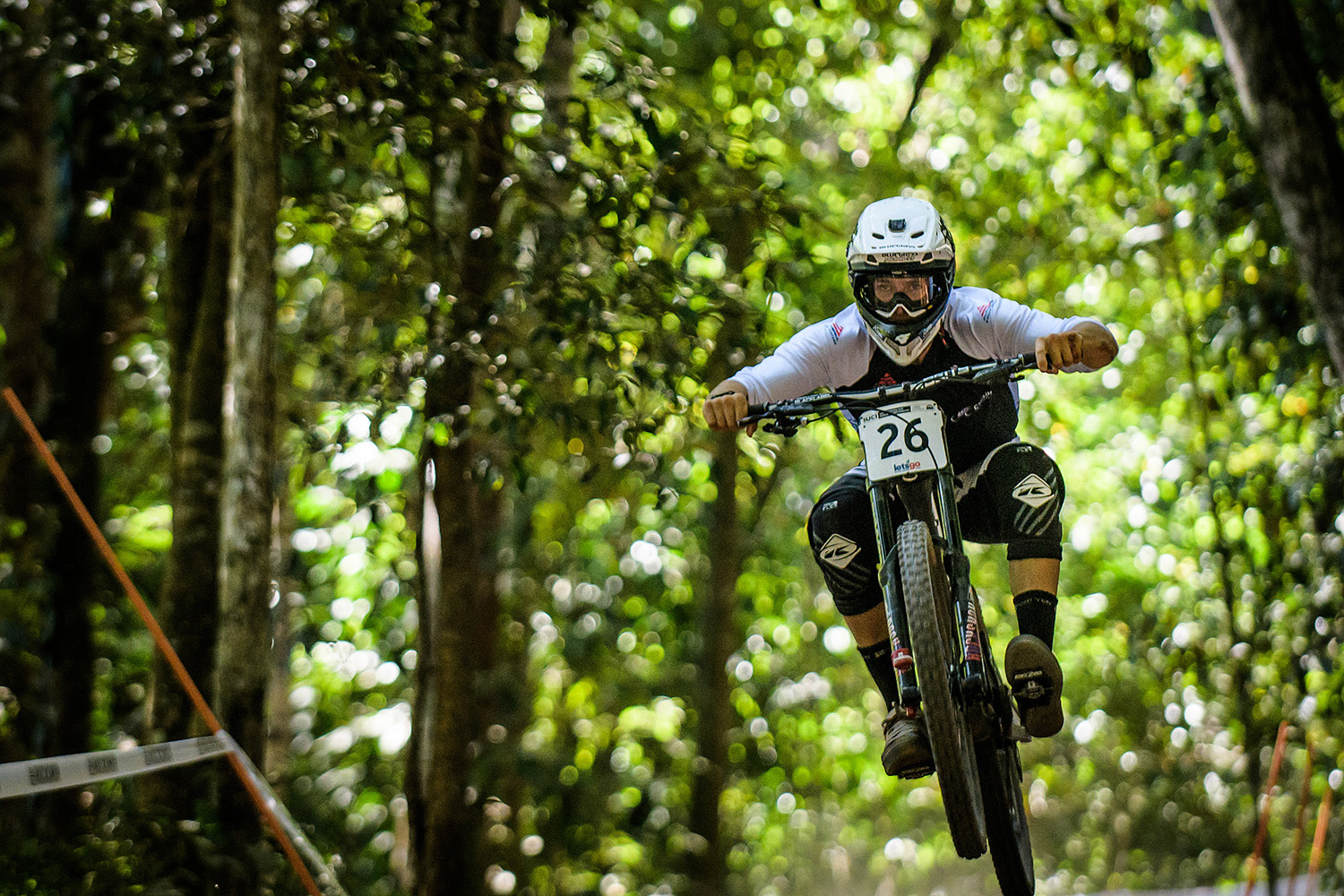 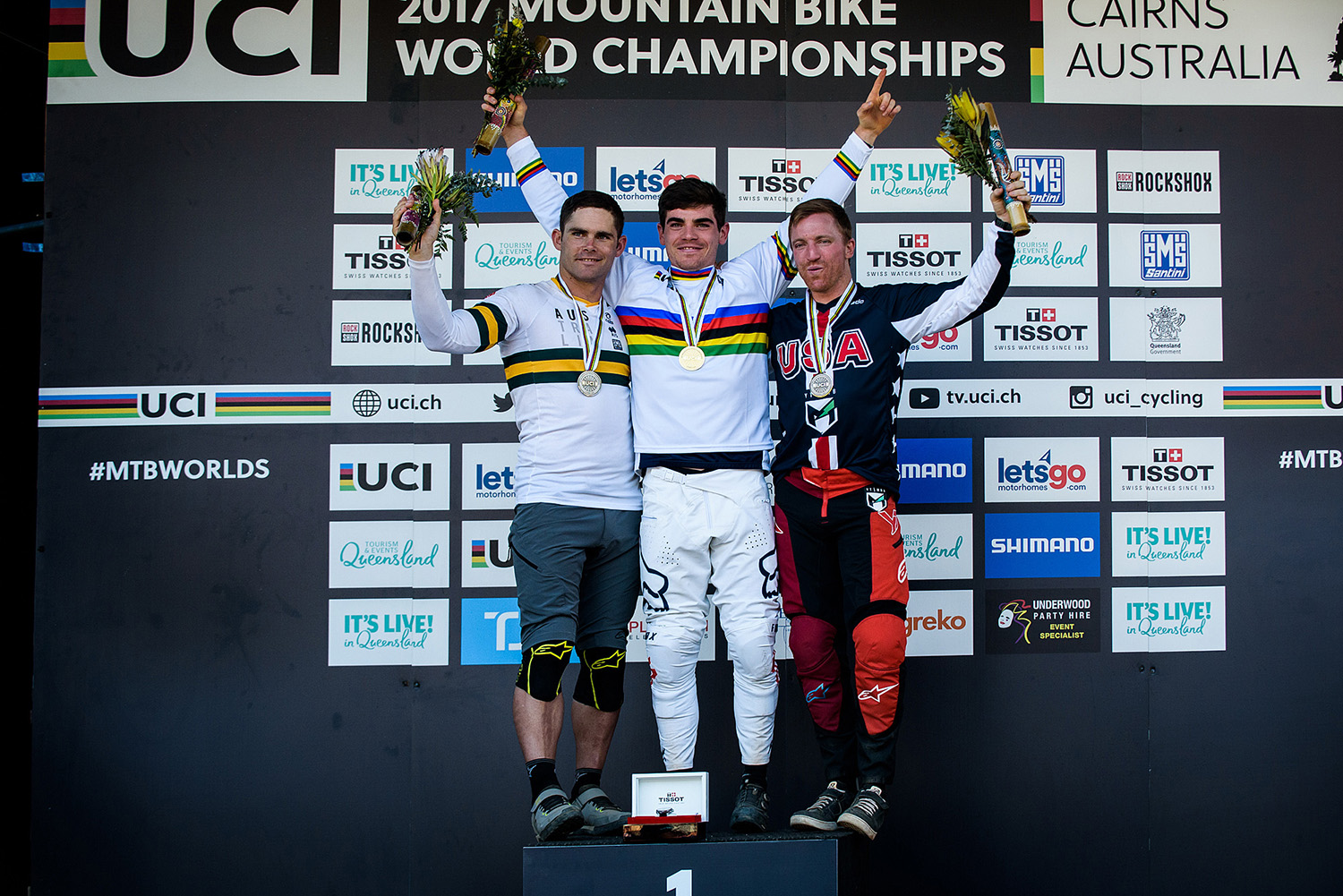