Cross country racing shouldn’t induce fear, should it? Having not raced any XC in a fair few years and being completely unaware of the amount of pain that might be about to be inflicted on me, I was more than a little nervous. Trouble is, I can’t not give my all but then I guess that’s what makes racing, of any sort, fun!

In the lead up to the Nelson MTB Club 10th Anniversary Coppermine Epic, the plan was to ride the 40km course, at least a few times so I would be aware of just how deep into the pain cave I would need to go. I would know how fast I would need to go and at what markers I could pace myself and my progress on race day. Needless to say my practice laps never happened. In fact I didn’t even know what it was like to ride up the first (and toughest climb), preparation was non existent apart from the fact that I had been riding my bike a lot, just not on the Coppermine!

So, what had I let myself in for? Well, the Coppermine is an XC race, with a choice of two courses, held in Nelson on the Dun Mountain Railway and the Coppermine MTB track. The Dun Mountain Railway was built in 1861 to give access to the chromite and copper mines of the Mineral Belt above Nelson. It ran from Brook Street in the town to its terminus at the Coppermine Saddle. By 1866 the mines were closed due to unfavourable returns, the railway was sold and dismantled at the end of 1872 and today we are left with a wide trail on a gentle, accessible incline from town right up to the saddle. In the early 2000’s Nelson MTB Club and the council worked together to create a rideable track from the Coppermine Saddle back to the valley floor and between then and the inaugural event in 2008, various upgrades formed the track into a fast flowing descent. This coupled with the easy grade climb of the old railway makes for a brilliant, all rideable 3 hour loop into the mountains.

I have used words such as ‘easy’ and ‘rideable’ of which neither describes either courses when you are racing. The Coppermine Classic course takes in the Dun Mountain Railway and the Coppermine descent in a 40km loop with 850m of climbing, no mean feat in itself.  The Coppermine Epic course is also 40km long but involves 1,300m of climbing and a fair bit of bike carrying. To do this extra ascending the course begins on the Dun Mountain Railway but branches off to the top of Fringed Hill before descending Black Diamond Ridge and returning back to the Dun, then continuing on to the Coppermine Saddle and the descent thereafter. 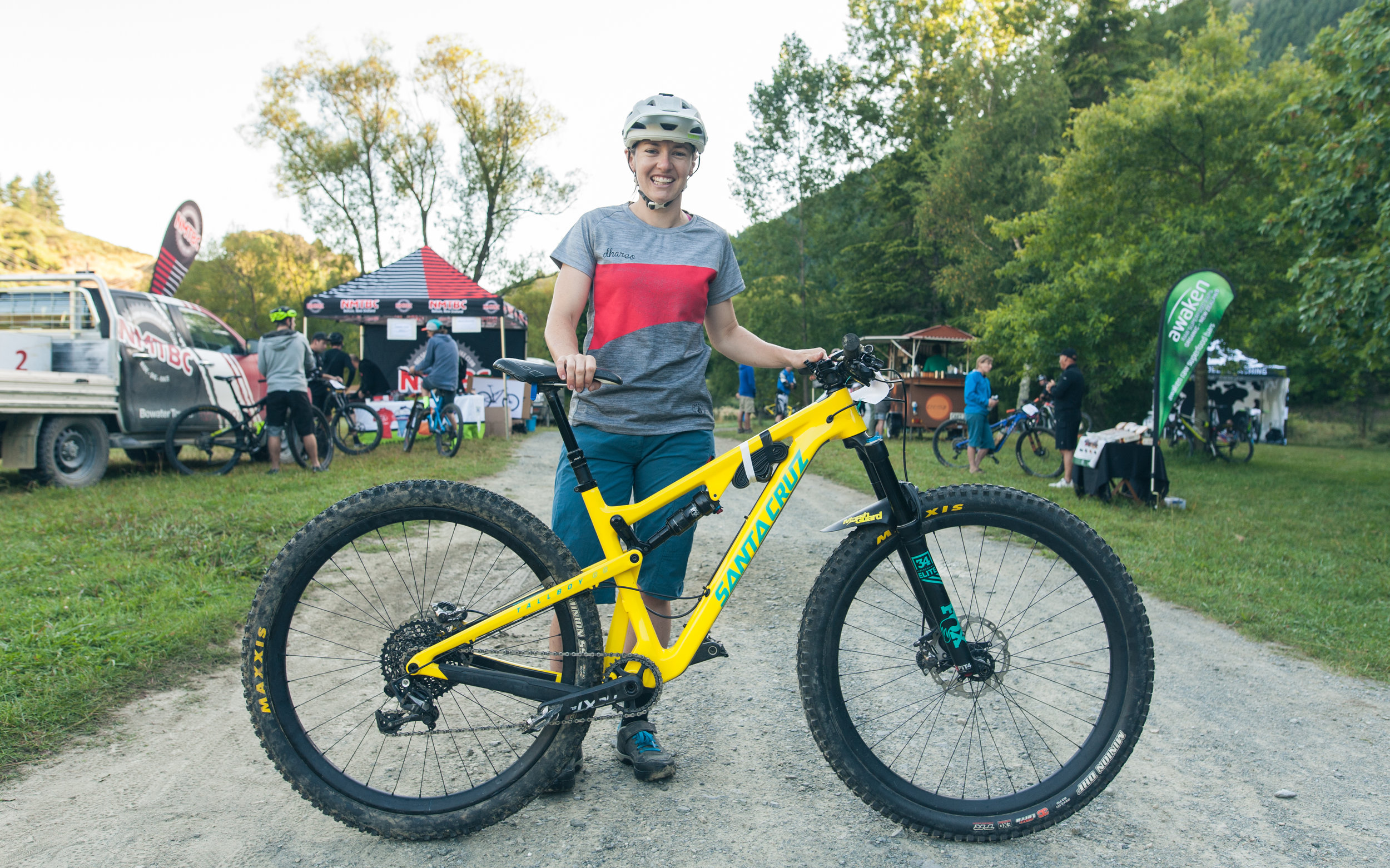 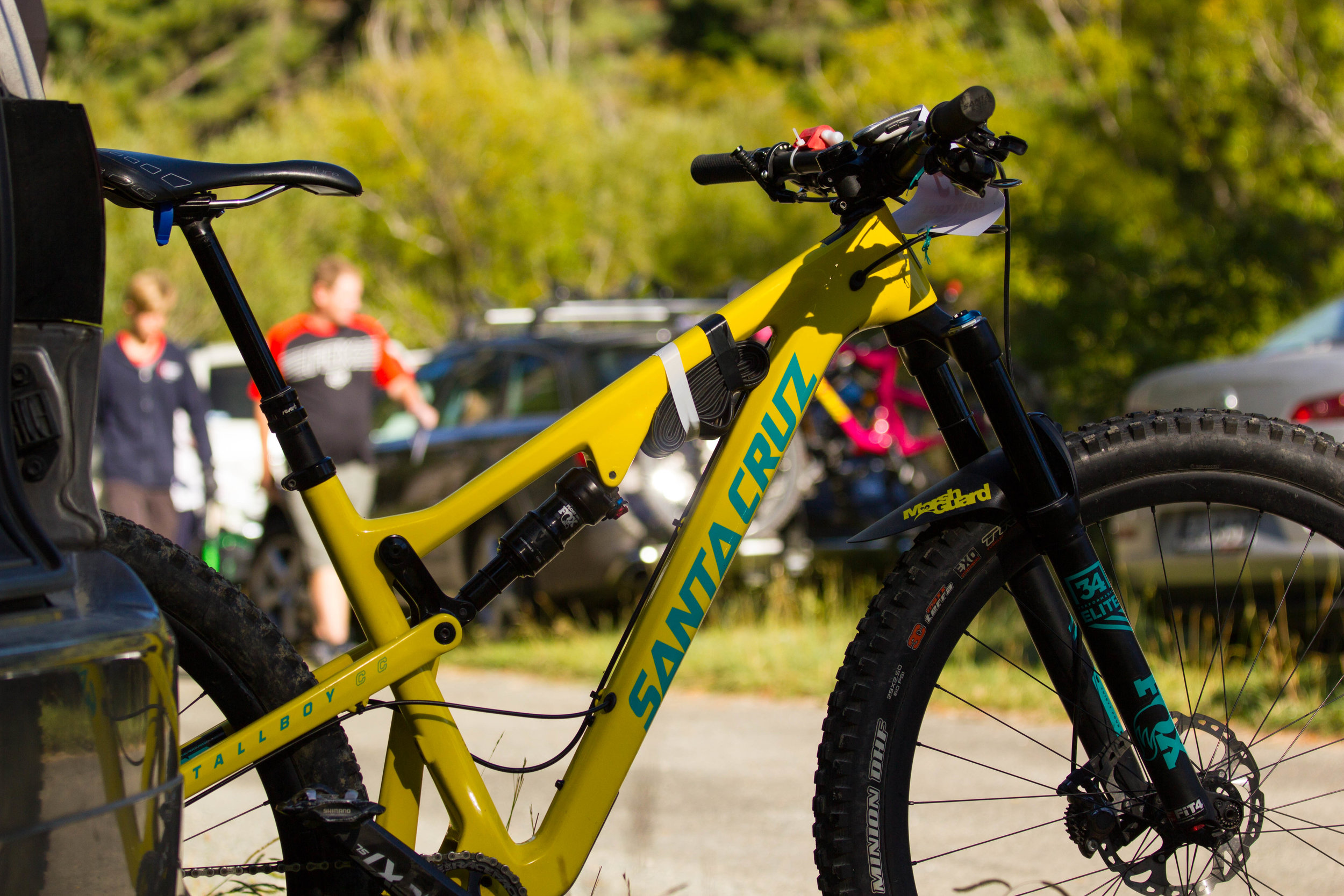 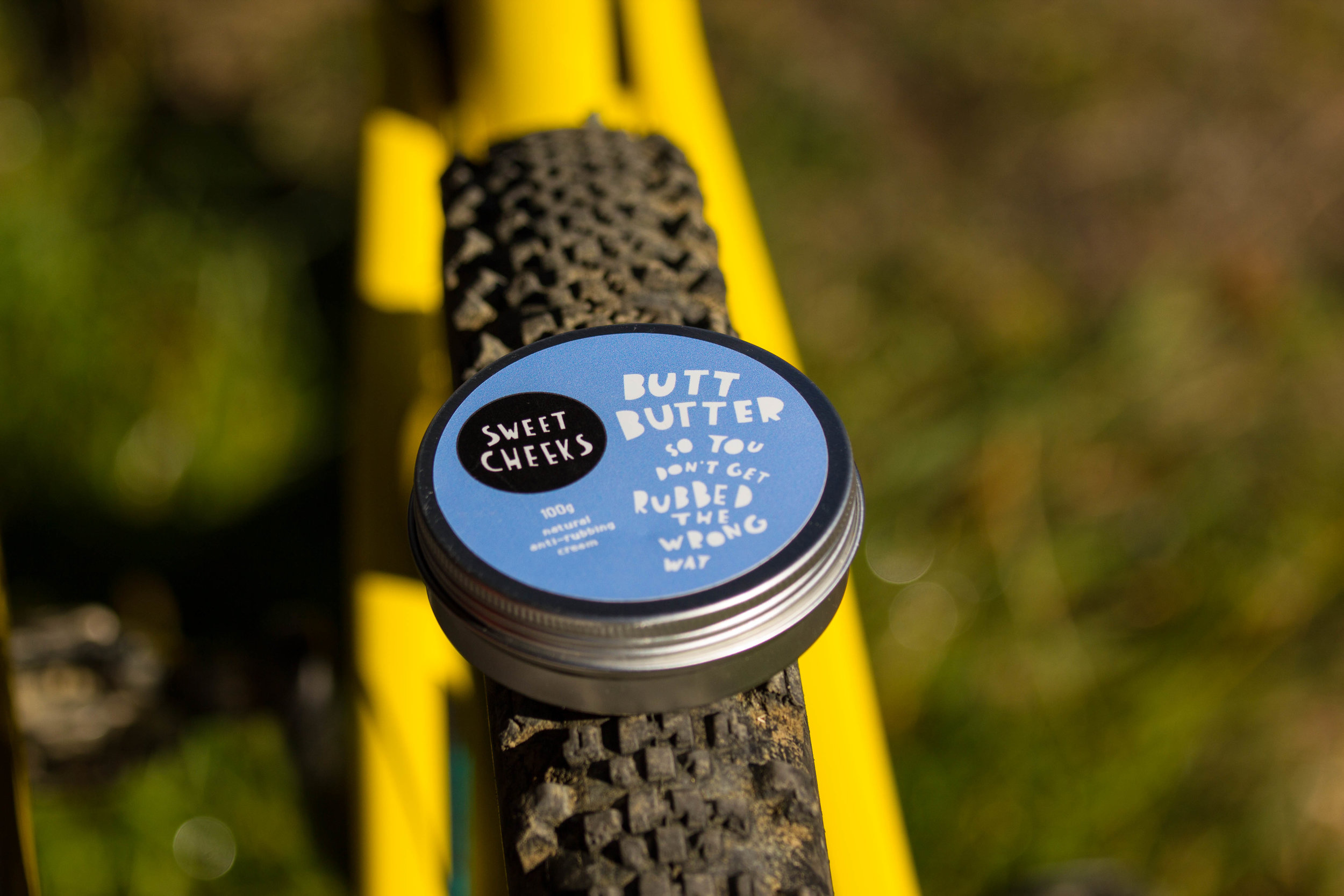 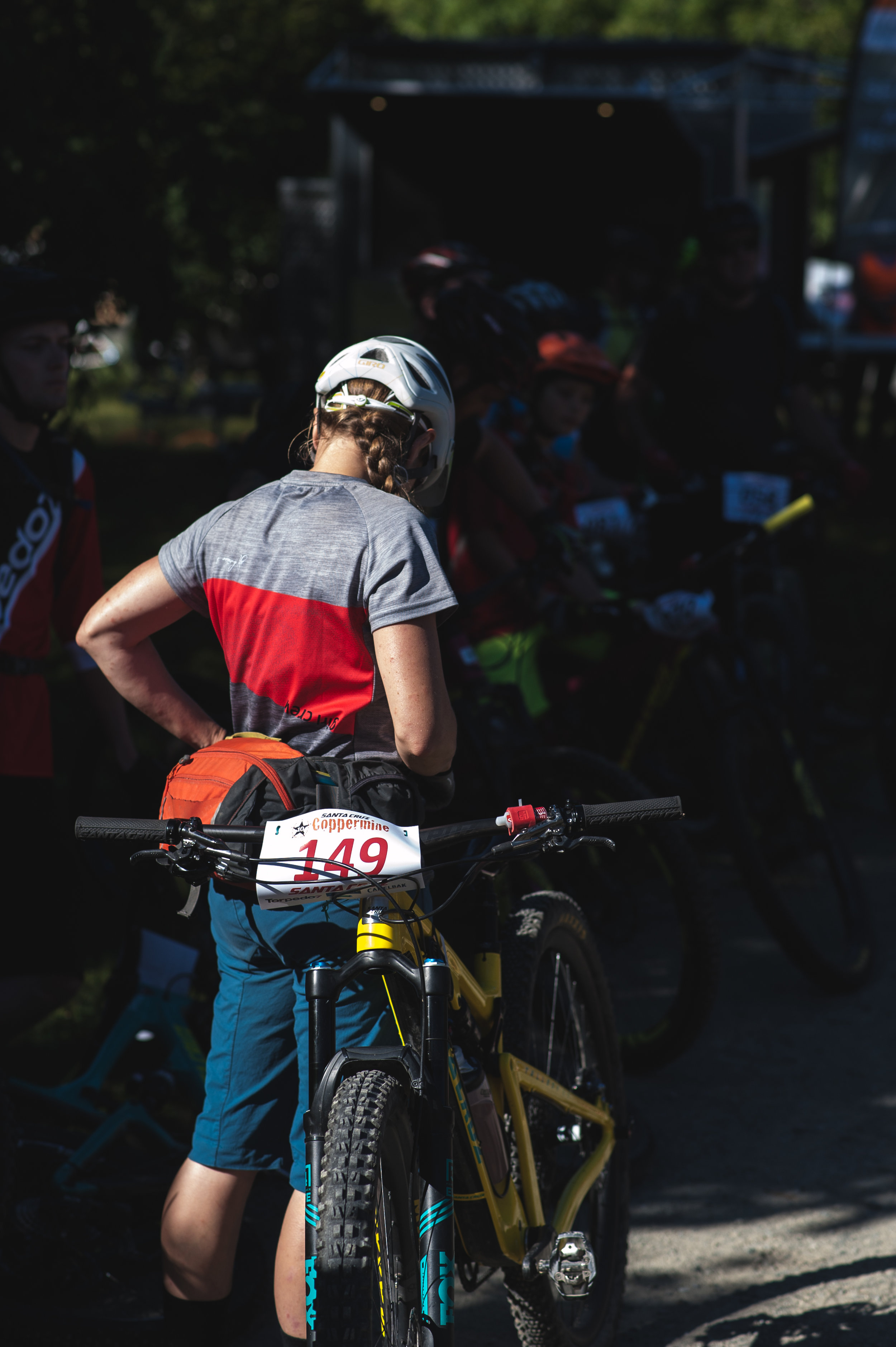 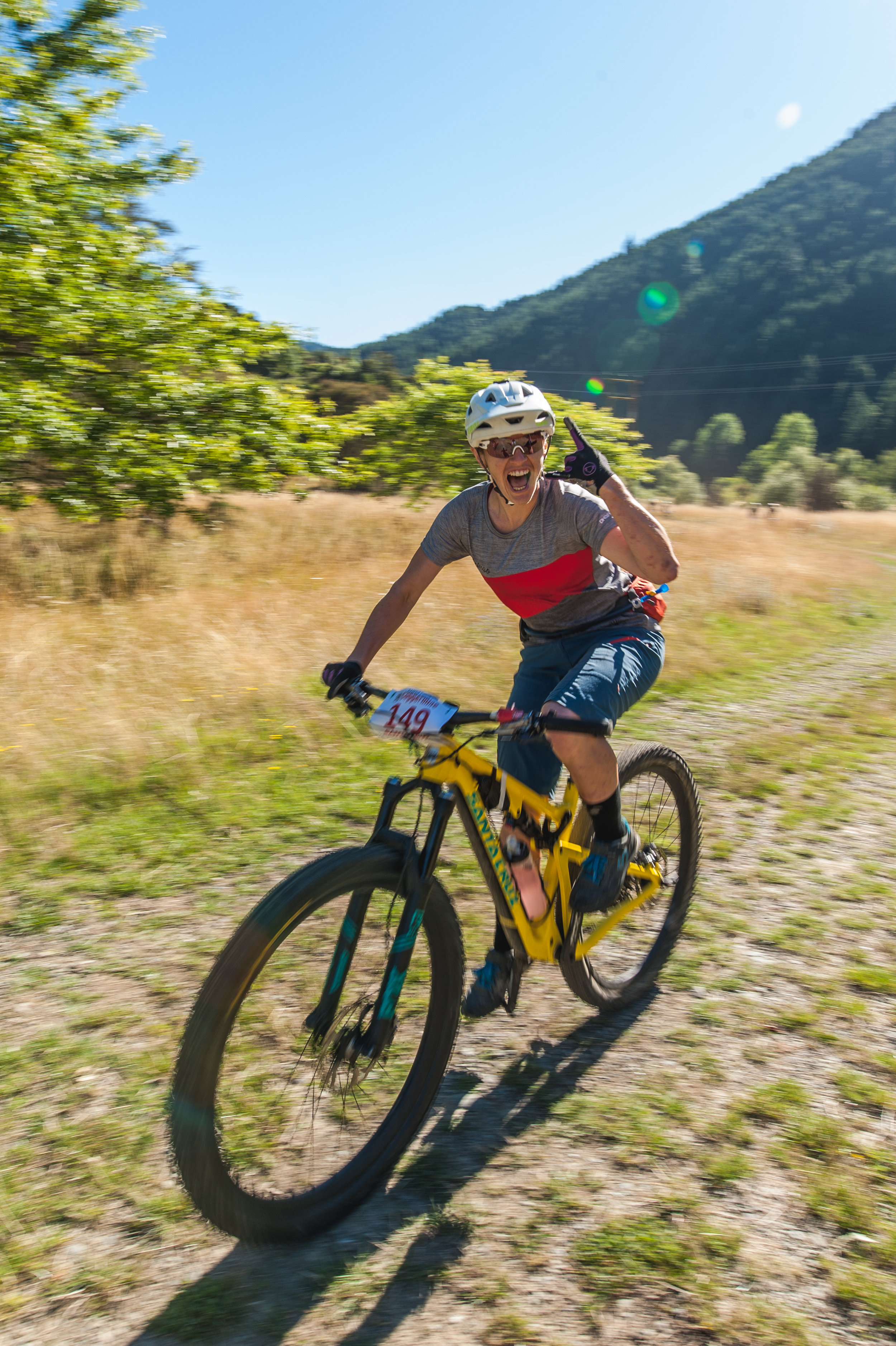 Entered into the Coppermine Epic, I was lucky enough to be loaned the above Santa Cruz Tallyboy from Hyperformance Hardware for the occasion. I’m jumping ahead of my self here but this yellow, mean machine was the perfect bike for the job, 110mm of suspension was enough to soak up those energy sapping bumps and keep my rolling along smoothly whilst the 29er wheels made sure I never got stuck in or slowed down by any holes. Once it’s up to speed this bike is lightening fast, and at just 12.8kg with pedals, you’d expect it to be!

Prior to the Coppermine I was given the advice to ‘go out hard’ and as much as this scared me, it is exactly what I did. I knew the first climb was going to be tough, a short, sharp, fire road push to the Tantragee Saddle, it’s funny what passing other riders does for the energy levels though and I soon found myself settling into a rhythm on the Dun Mountain Railway.  Having found another rider travelling at the same pace as me we rode wheel to wheel, in and out of the sunlight as we climbed, traversing the side of the mountain until the turning to the steep pitch up to the top of Fringed Hill. Here my comrade, running a 2×10 set up left me, spinning away he managed to stay on his bike where my 30T chain ring left me floundering and wondering whether a jog up the hill was on the cards. I soon found out that it was most definitely not, the gradient was just far too steep!

Topping out on Fringed Hill we were met by Bob the safari guide at her watering hole where a beer or at least a ginger beer was offered out, I declined but I hear there were actually many takers! From here I knew there would be a solid push slash bike carry to the main descent on Black Diamond ridge where the fun could start! The descent on Black Diamond is a root infested snakes nest ready to eat wheels and spit you over the bars. I ran the gauntlet and my big wheels saw me come out on top, passing riders as I did. Buoyed up and ready to get the last climb over and done with I powered on up to the Coppermine Saddle.

The main descent was also to be timed here, meaning that those here just for the downhill were in with a chance of being crowned King or Queen of the Hill. Tristan Rawlence was crowned King in a time of 14 minutes and 12 seconds and Kim Hurst was to be Queen in a time of 17:18.

Fast and flowing it may be, but the Coppermine is also a rock fest, its a real test of tyres and rims, I think I rode past at least three puncture victims walking their way out of the trail. Upon reaching the bottom and shaking the feeling back into my forearms I continued on the fairly flat ride out down the valley. As with all XC course worth their salt, they rarely head the way you think they will and before I knew it I was heading in a direction away from home. 30 minutes of twisting and turning, vaguely glimpsing the car park and envisioning a rest, I crossed the finish line as the 3rd woman, in 3 hours 01 minute, sadly not within the 3hr mark. Lesson learnt though, a practice lap or two would have meant I could pace myself more accurately and seen me reach the goal of sub 3hrs. 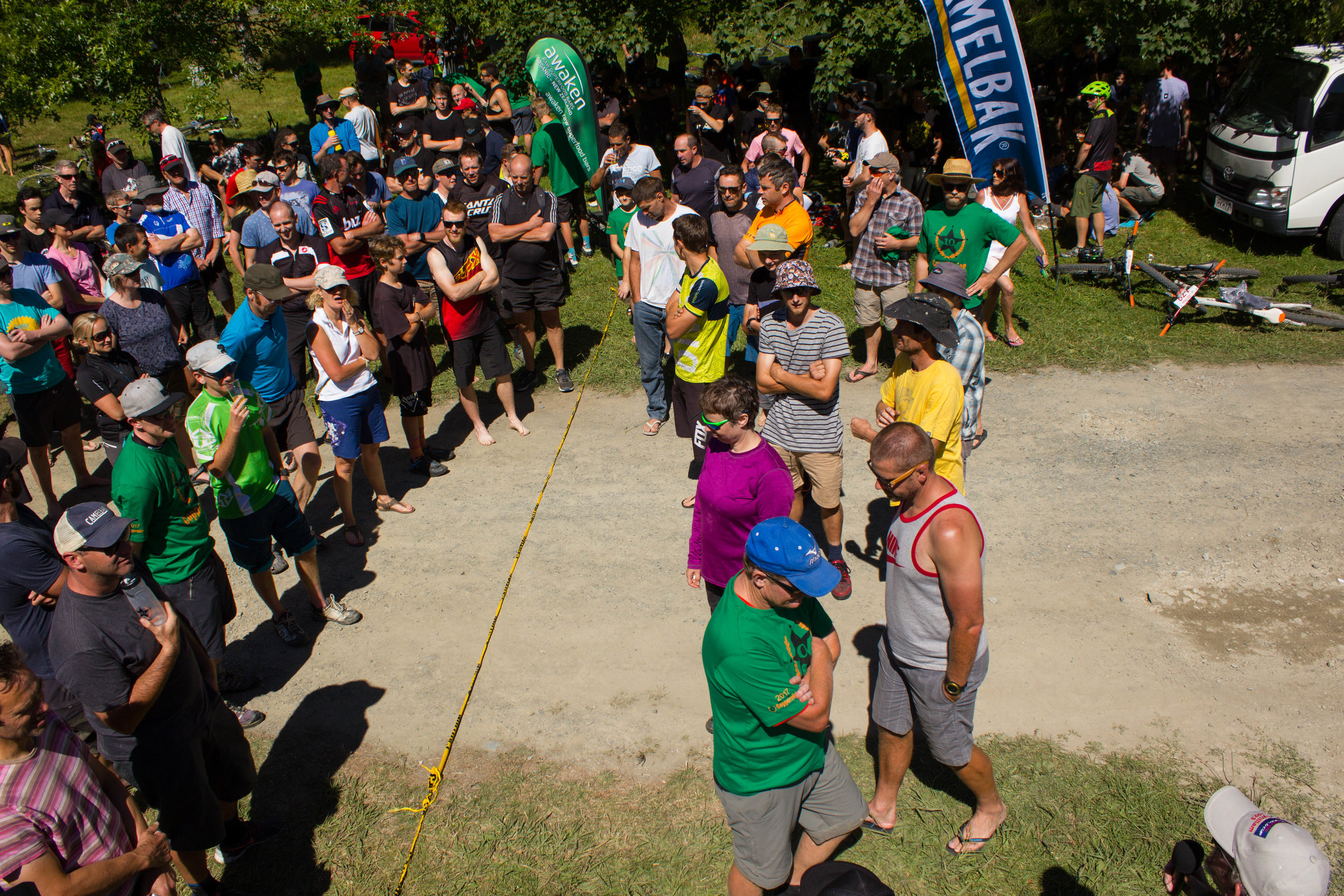 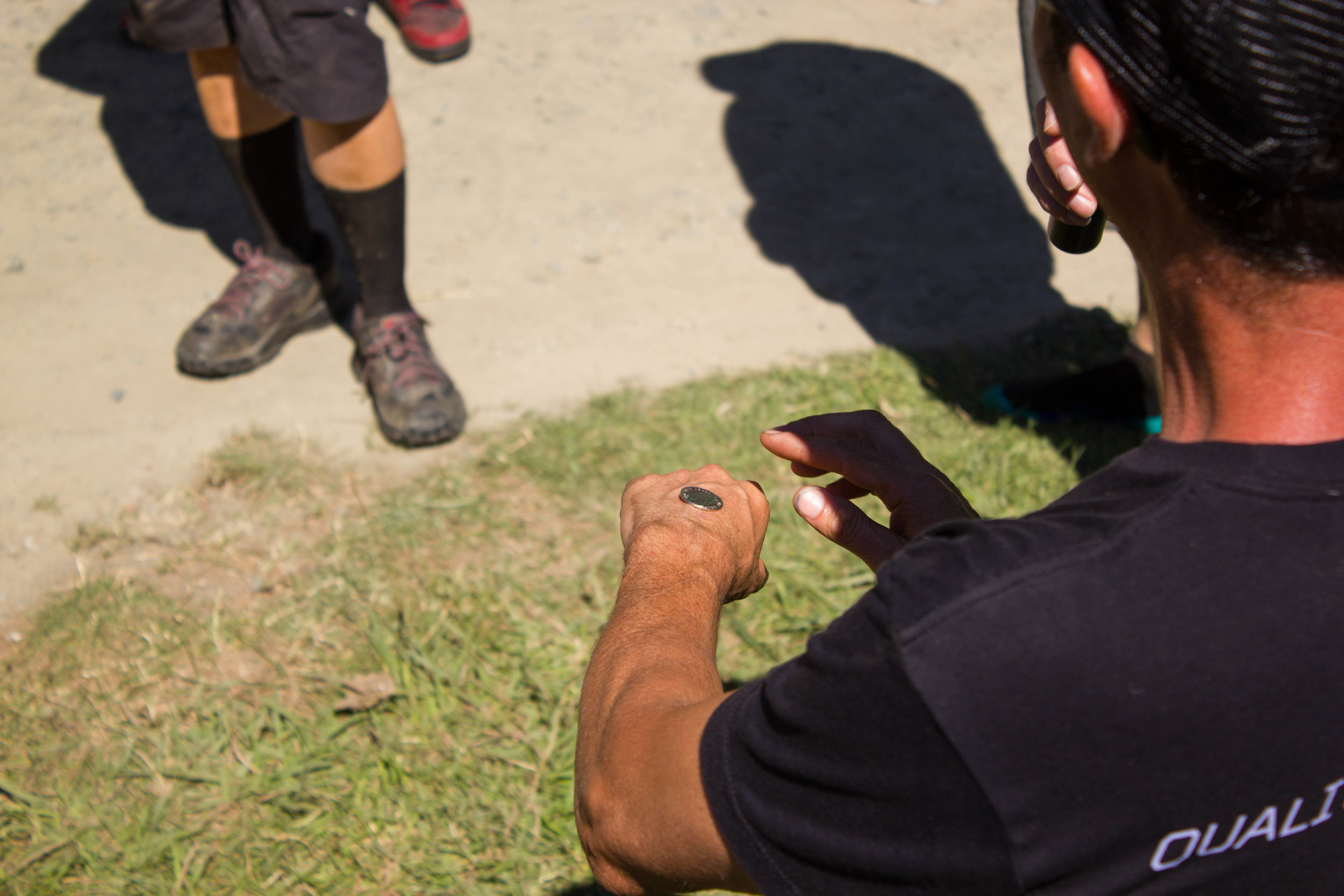 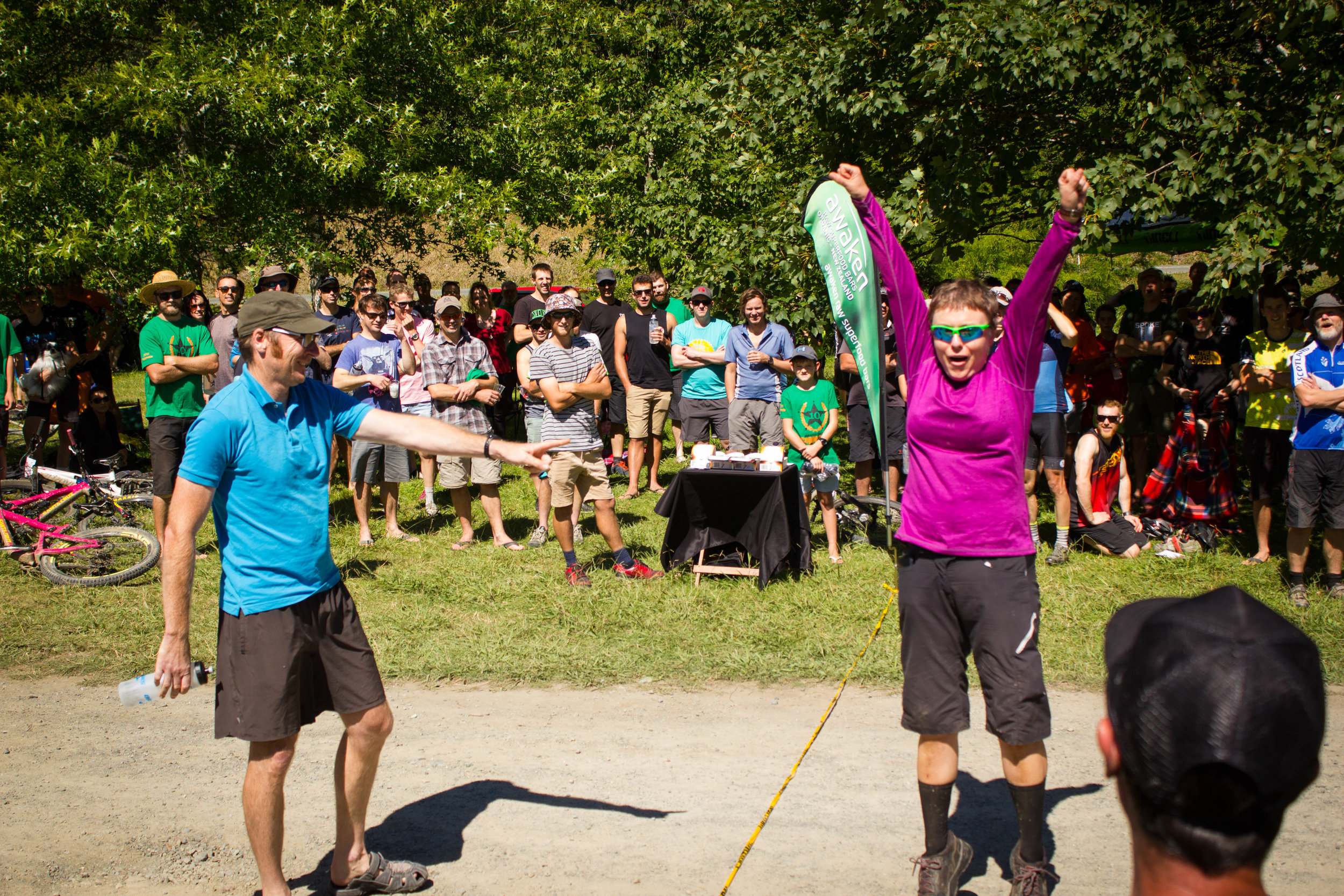 Chilling in the grass with ice cream gave way to prize giving, which was followed by what appears to be tradition in Nelson, a coin toss game to win a bike frame, this time a Coppermine 10th Anniversary custom graphic Santa Cruz Tallboy won by the lady in the purple shirt, Agnes Arnold from Rotorua! The custom graphics on the bike celebrates 10 years of Santa Cruz sponsorship of the Coppermine.

The Coppermine is strangely addictive, it’s no wonder that some people are back for their 10th year in a row. I’ll certainly give it another go, with a super chilled vibe and great organisation, it’s in the diary for 2018.