The world champs is being held in Cairns this year and it’s hot dry and dusty. By the end of the first day of practice centimetres thick ochre coloured dust covered large parts of the track and rose in clouds that were visible above the tree tops when the riders were on the track, the sun beat down from a mostly cloudless sky bringing 30 degree temperatures to a part of Australia thats at the end of its dry season.

The course was both steep and technical. Large rock gardens left many riders standing looking, walking away, coming back for another look then edging cautiously over the edge of the roll in into the jaws of the waiting rocks below. Many riders were brought to the ground by the jagged edges hiding under the thick layers of choking dust that covered the track, racers and spectators alike and clouds of which totally obscured the course.

Racing began with a team relay race. 5 team members, all from different categories one lap each. The Swiss team dispatched this in style with Nino Schurter and Jolanda Neff leading the team home followed by Team Denmark and Team France. After leading the first two laps Team NZ came home in a respectable 8th, six places ahead of our neighbours across the ditch, which is what really matters.

Thursday brought around the under 19’s age group races, in the mens Australian Cameron Wright took it out followed by Joel Roth and Holden Jones. Eden Cruze rode an impressive race to finish 9th. In the womens race Laura Stigger from Austria took the win, followed by Loana Lecomte and Nadia Grod.  Kiwis Jessica Manchester and Liv Bishop rode to 19th and 33rd respectively.

However it was in the under 23 race the following day that Kiwi Sam Gaze stepped up and took his 2nd consecutive world title by 11 seconds from Alan Hatherly in 2nd and Maximillian Brandl who was a 51 seconds back in third.

Then on Saturday we had the big guns show, the elites.

In the elite woman race Yolanda Neff stomped the rest of the field to win by a huge 2min 23 seconds from Annie Last and Pauline Ferrand Prevot in third. Samara Sheppard rode into 28th.

Then in the mens Nino Schurter waited until the last lap to make his break and stormed away from Jaroslav Kulhavy to win by 7 seconds and complete his perfect season. Anton Cooper rode to 16th with a crash in the rocks late in the race knocking him back. 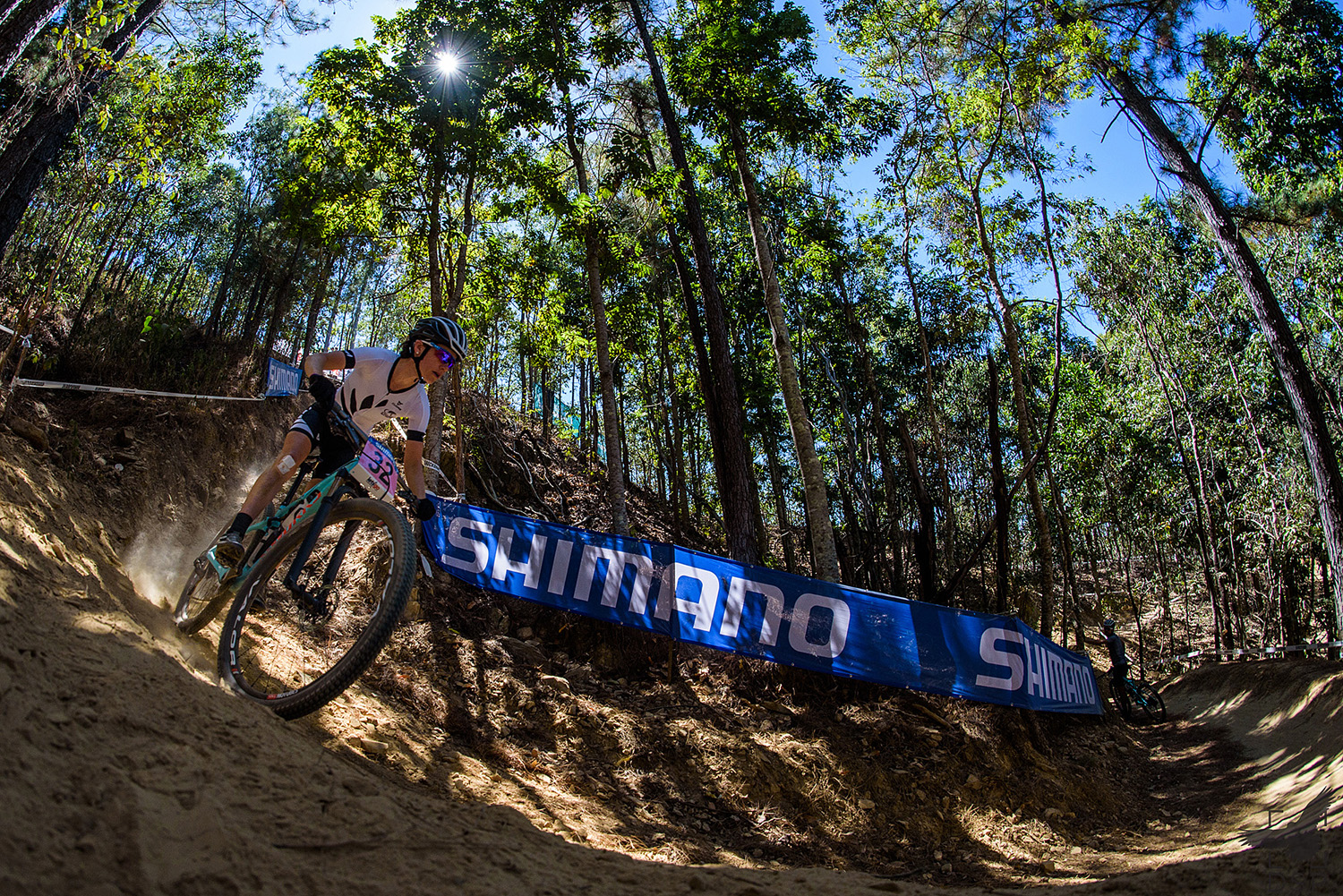 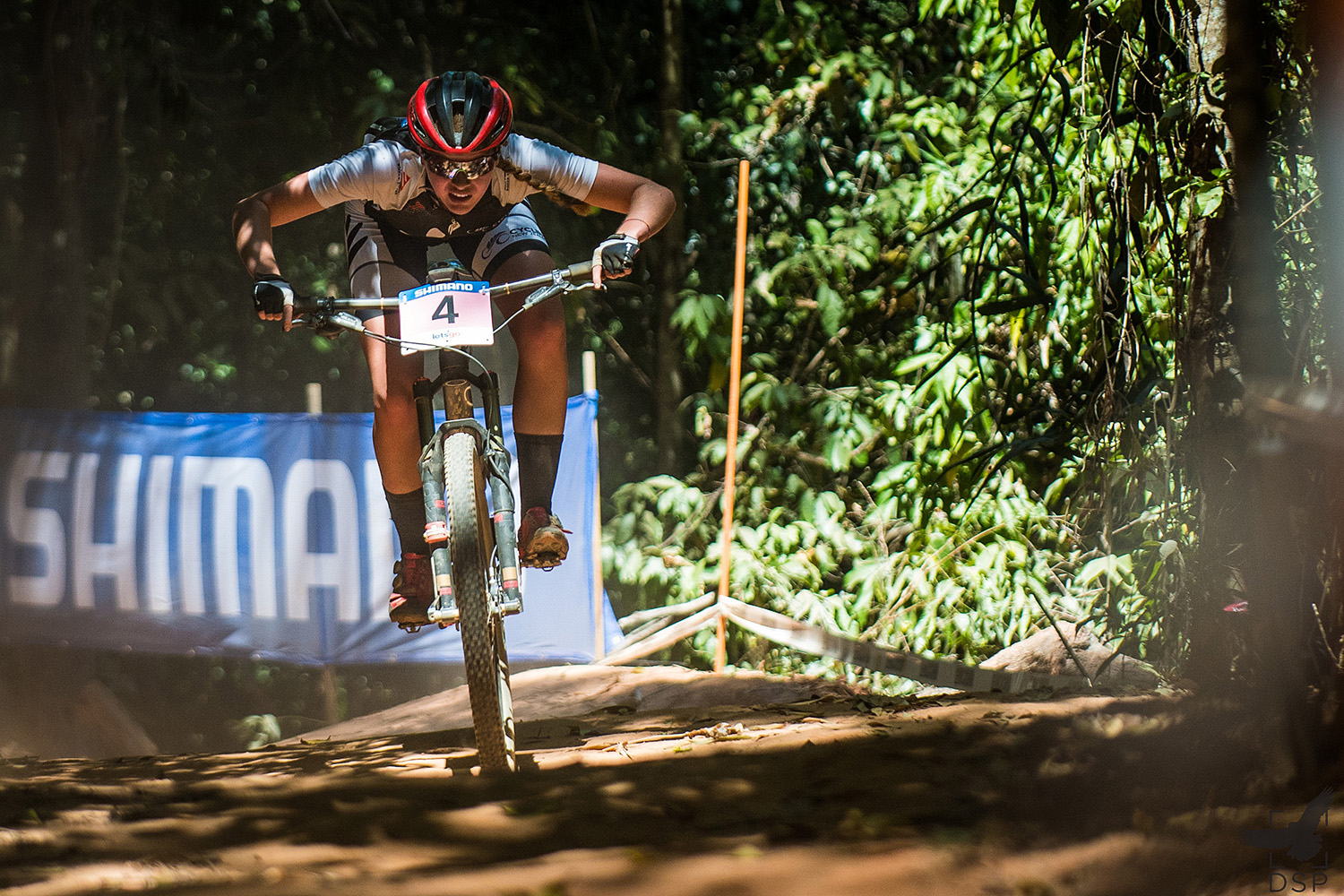 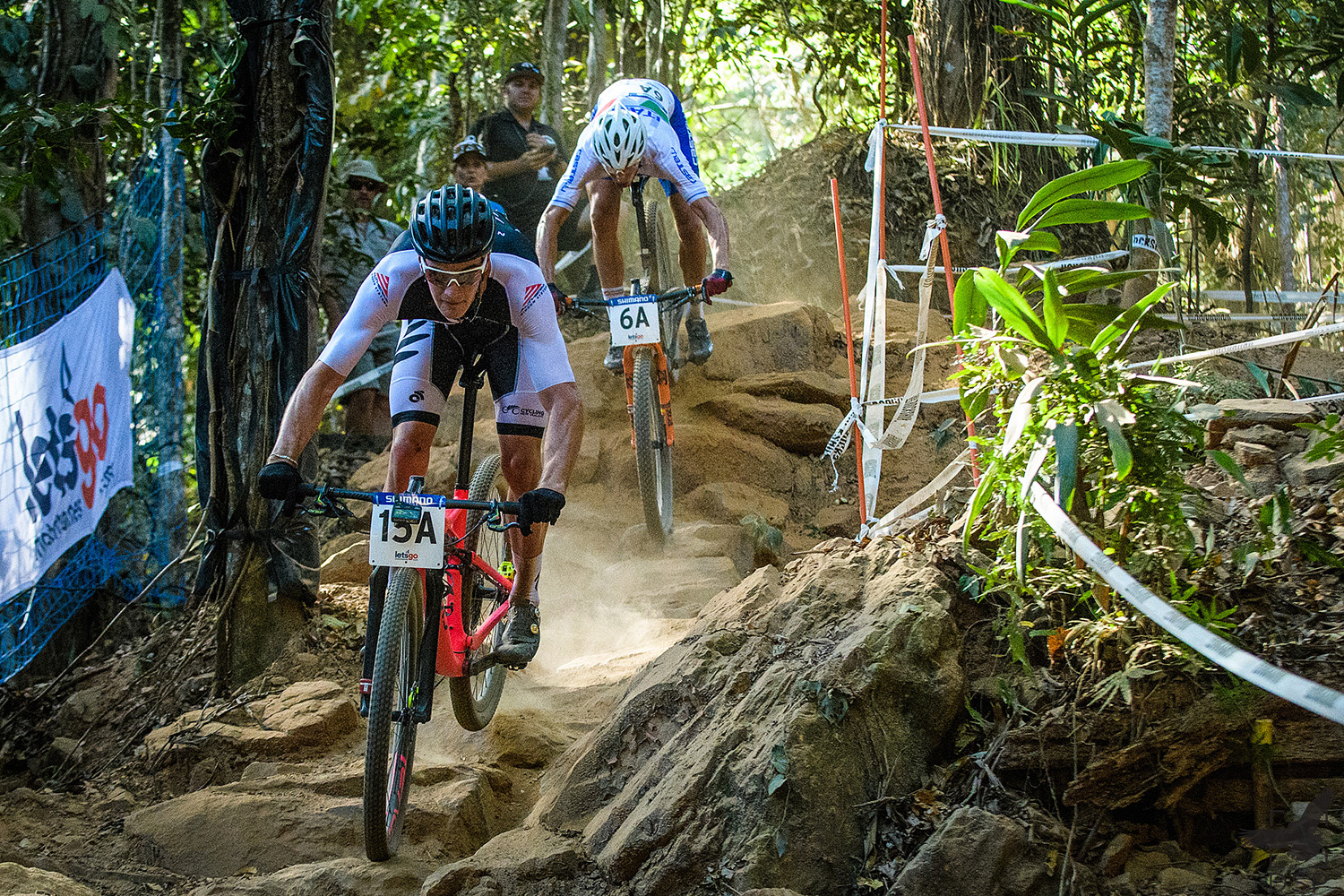 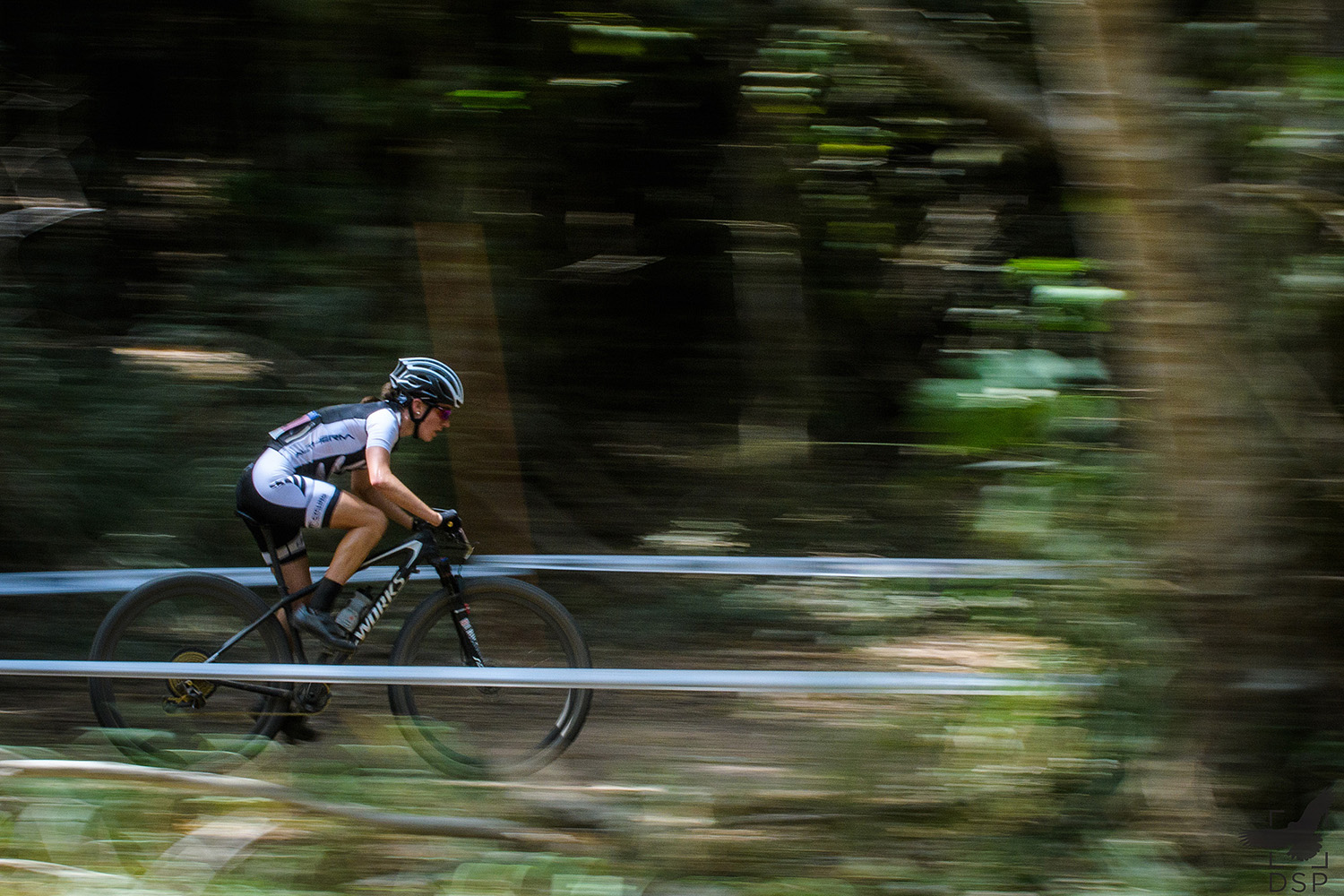 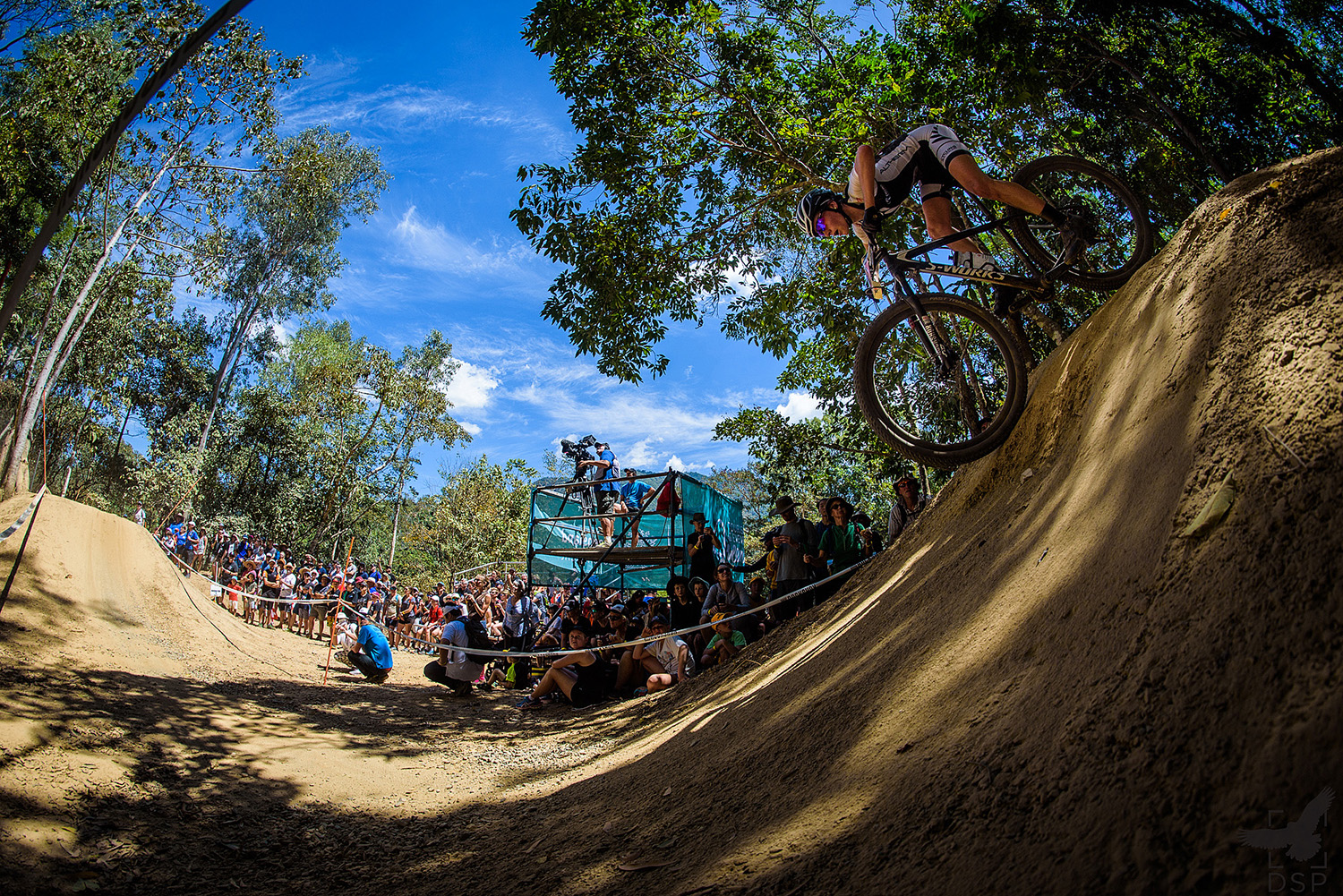