In a world of instant social media interactions, immediate digital communication and worldwide press releases, it’s easy to forget that it hasn’t always been this way. Just 150 years ago, way before the humble beginnings of the mountain bike, we were still relying on word of mouth or letters to communicate. Recently we visited Whites Bay, the site of the first telegraph line between the North and South Islands, a feat of engineering that changed New Zealand’s relationship with the rest of the world and compounded our love for native NZ trails.

Whites Bay is now famous for its fragile, undersea, copper telegraph line laid in 1866, NZ had to wait however until 1902 to be connected in the same manner to the rest of the world. It seems a disparity to ride our bikes at Whites Bay, after watching the latest MTB edit on our phones this morning over breakfast or thinking about the newest bike component we wish to adorn our bikes with, all brought to us by the power of the internet. Maybe its a privilege that we can do this and acknowledge a site where pioneers connected the islands across the Cook Straight and were later to connect NZ with Sydney to allow the beginnings of the instant communication we now take for granted.

Departing from sea level the loop track branches off to take the willing right to the top of Mount Robertson. Climbing high above Whites Bay we get the chance to look back over the sparse hills of Blenheim, bathed in a patch of golden sunlight between the clouds. Just as for the telegraphists  150 years before us, we knew the wild weather of Whites Bay was going to chase us up and down the hill. 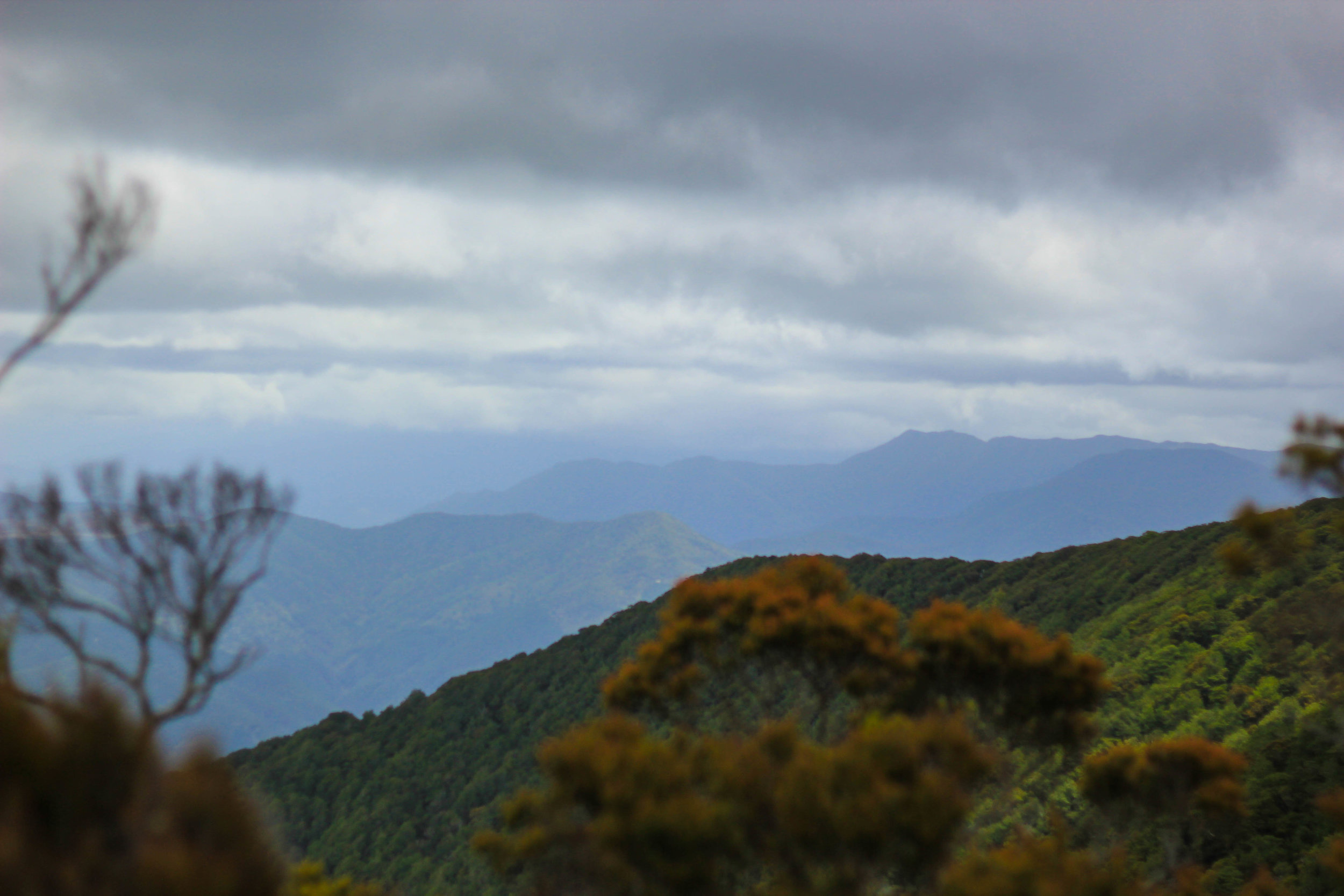 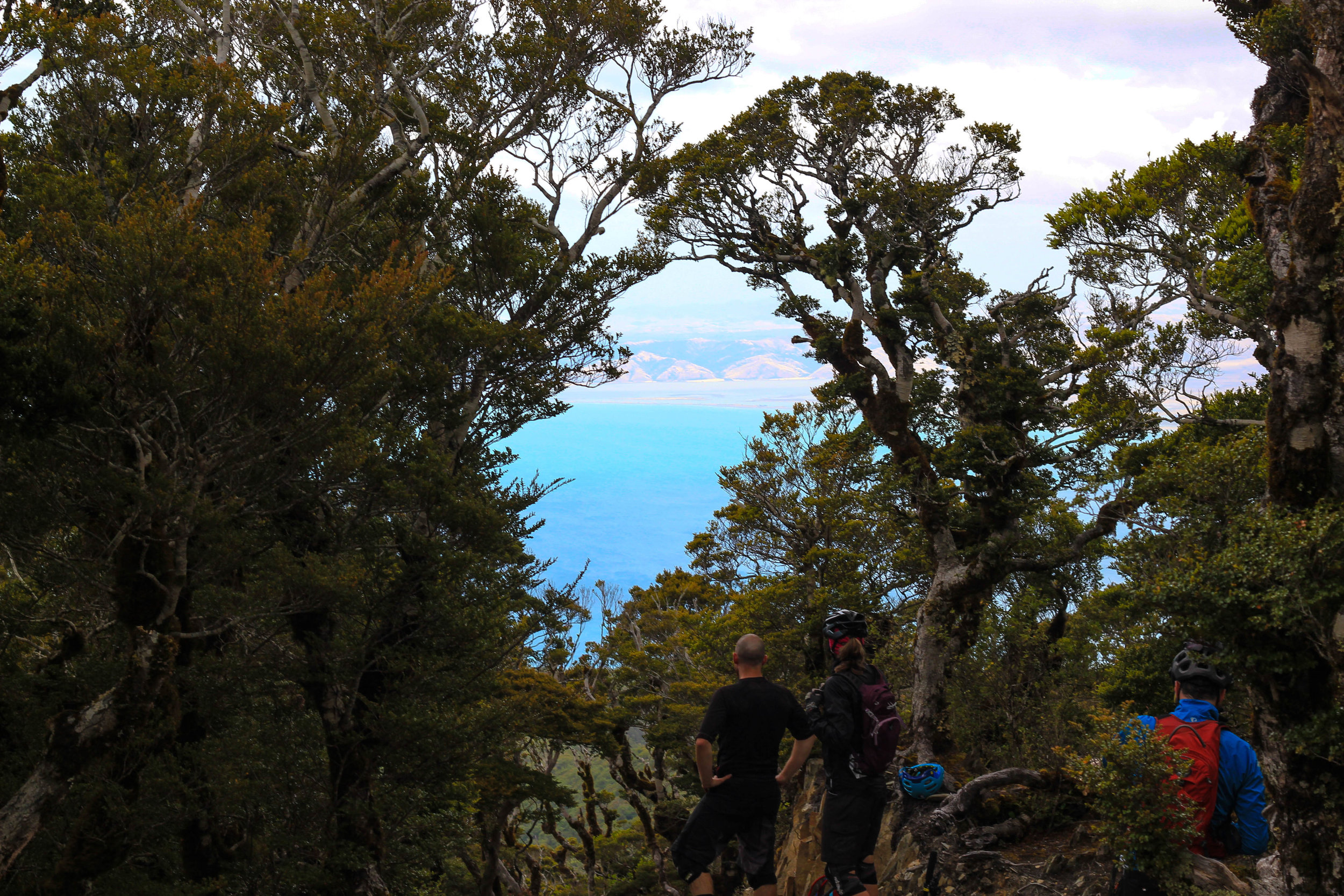 Behind us the clouds loomed, diminishing our view from the top, still though Blenheim sunbathed, naive to the chill coming over the mountains behind it. We weren’t fooled though, hardly pausing at the summit of Mount Robertson for more than an mouthful of peanut butter sandwich, as the wind whipped up we began our descent.

The climb to the summit of Mt Robertson, at just 1040m, isn’t a particularly arduous one, but then neither is it that rideable. The fair amount of pushing in the 9km to the top makes the descent seem well earned! The track is wide amongst the bush leaving plenty of room for creative line choice, rocks tumble as tyres fight to corner over the uneven ground. It’s a track ravaged by the weather with tree fall and water etching their presence permanently down the trail.

From the T-junction where we rejoin the loop track we leave the loose, wide trail behind us and are swallowed by dense native bush. Sucked into a tunnel, the initial descent is a wild root infested, handle bar tapping rollercoaster of a ride. The gradient begs for speed to be pumped from every divet, brakes are unnecessary here. This part of the descent is one that will be used in the upcoming NZ Enduro and it is sublime! 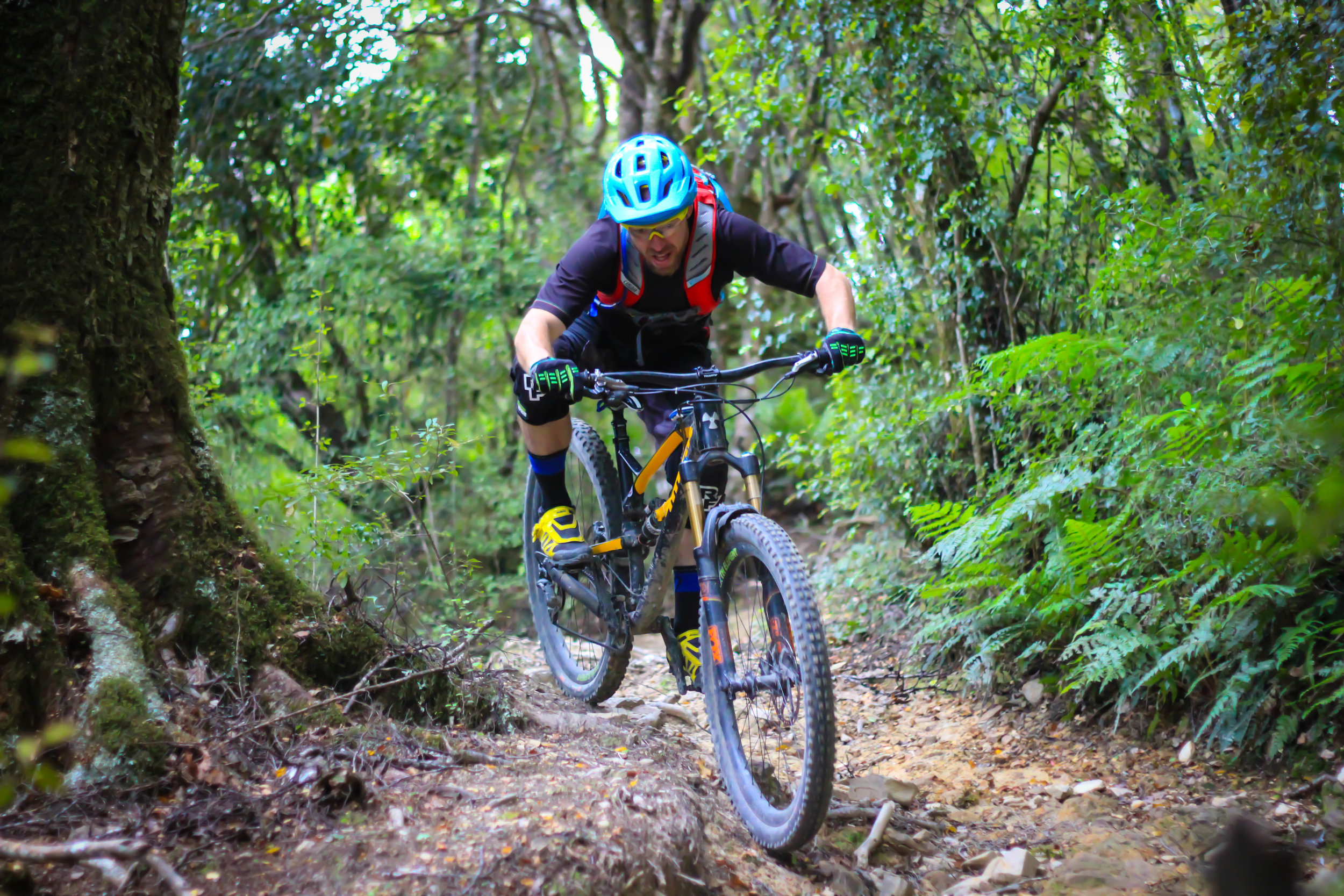 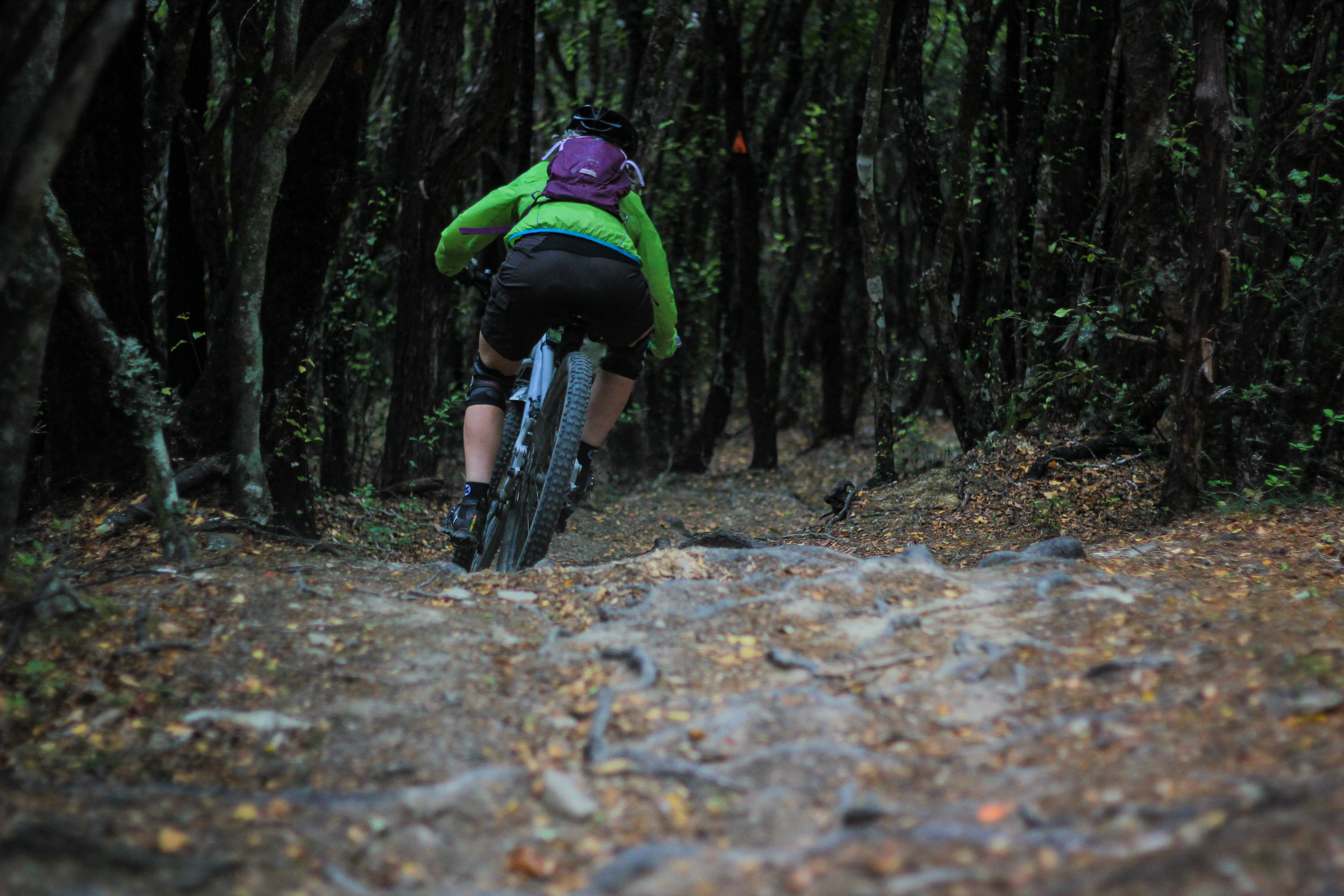 Darker and darker the trail grows as we drop towards the sea, partly owing to the domineering cloud and patter of rain making itself heard on the leaves above our heads. There is still grip for days though, roots are yet to trip us up and there is dust billowing from each rear tyre as braking traction is tested to its extremes. Brakes are back in the game now, the trail has taken a steeper turn, riding blind we are on high alert at each crest.

Still hammering down the hill, racing the rain to the sea, we dispatch rock garden after rock garden. The hill is surprisingly off camber here, mistakes would not only mean a messy end on rock, it would also probably mean a trip off the side of the mountain. The trails is a gorgeous mix of vibrant green moss, dun coloured earth and black beech roots, it’s natural South Island riding at it’s best.

Winning the race against the rain, we made it the beach with just seconds to spare. A dip in the ocean was cast aside for a hurried change of clothes beneath the trees before the sand flies found us and the heavens opened. Even Blenheim now knew of the moisture in the air and they didn’t need a phone call or a Facebook message to find out.