Not even one month after presenting the new 2017 bike range YT is at it again, rolling out another trail bike – the JEFFSY 27.

It was only last year that YT appeared in the all-mountain market, where they made quite an impression. This segment now sees further growth with the arrival of another model: The JEFFSY 27 is the right choice for those seeking an even more agile and playful bike than the JEFFSY 29 – already one of the most fun-loving 29ers on the market. When it comes to getting aggressive, JEFFSY 27 follows in the footsteps of its big brother, too: in giving it a little bit extra travel, the developers made sure this 27.5” bike won ‘t get hung up on rough terrain. It is available with 160mm of travel on the top of the range model, and 150mm on the rest of the line-up. When it comes to suspension travel, the 160mm JEFFSY CF Pro Race is most suited for racing applications, where in addition to pedaling efficiently the bike also needs to have a tad more gravity potential. YT team rider Bryan Regnier will use JEFFSY for several Enduro World Series races this season.

“When choosing the right wheel size for you, your personal preferences, your riding style, and of course also the terrain you ride all play an important role in the decision. Everybody should decide for themselves which wheel size is most appropriate for them. At the end of the day, it’s not about numbers but about how much fun you’re having on your bike. Everything is what you make of it.” says Markus Flossmann, CEO

The carbon frame weighs in at a scant 2300 grams, while its aluminum counterpart tips the scales at 2900 grams. Just like on the JEFFSY 29, a Flip Chip lets you dial in your ride: in the low position, you get an aggressive, 66-degree head angle and a significant BB drop (15mm). Those who climb a lot might prefer the high position, which yields a 75.5-degree effective seat angle. Naturally, YT’s highly acclaimed V4L suspension layout is also used on JEFFSY 27; it provides great small-bump sensitivity, good mid-stroke support and significant end-stroke progressivity. The BOOST standard was used for the rear axle spacing and the crank in order to provide more space between the chain ring, chain stays, and tire. An E-Type mount makes sure you can always install a front derailleur, even on the single chain ring models. Last but not least, the protectors on the stays help keep drive train noise to a minimum, whilst the discretely integrated alloy “chain suck guides” protect from damage caused by a fallen chain.

The JEFFSY 27 is available in four carbon versions: CF Pro Race, CF Pro, CF One, and CF Two. The top of the line JEFFSY 27 CF Pro Race features only the very best parts, which makes it an ideal choice for racers and pro riders. It is also the only bike in the range that offers 160mm of travel, ready to get rowdy. The Kashima coated FOX Factory suspension components were designed for aggressive trail riding and serious enduro racing, and they are both ready to mix it up with the best. Drivetrain wise the choice felt to e*thirteen being a very reliable and robust cassette for racing with its perfect range of gears. Carbon wheels, crank, and handlebar help keep JEFFSY’s weight really low, this rocket weighs a mere 12.4 kg. 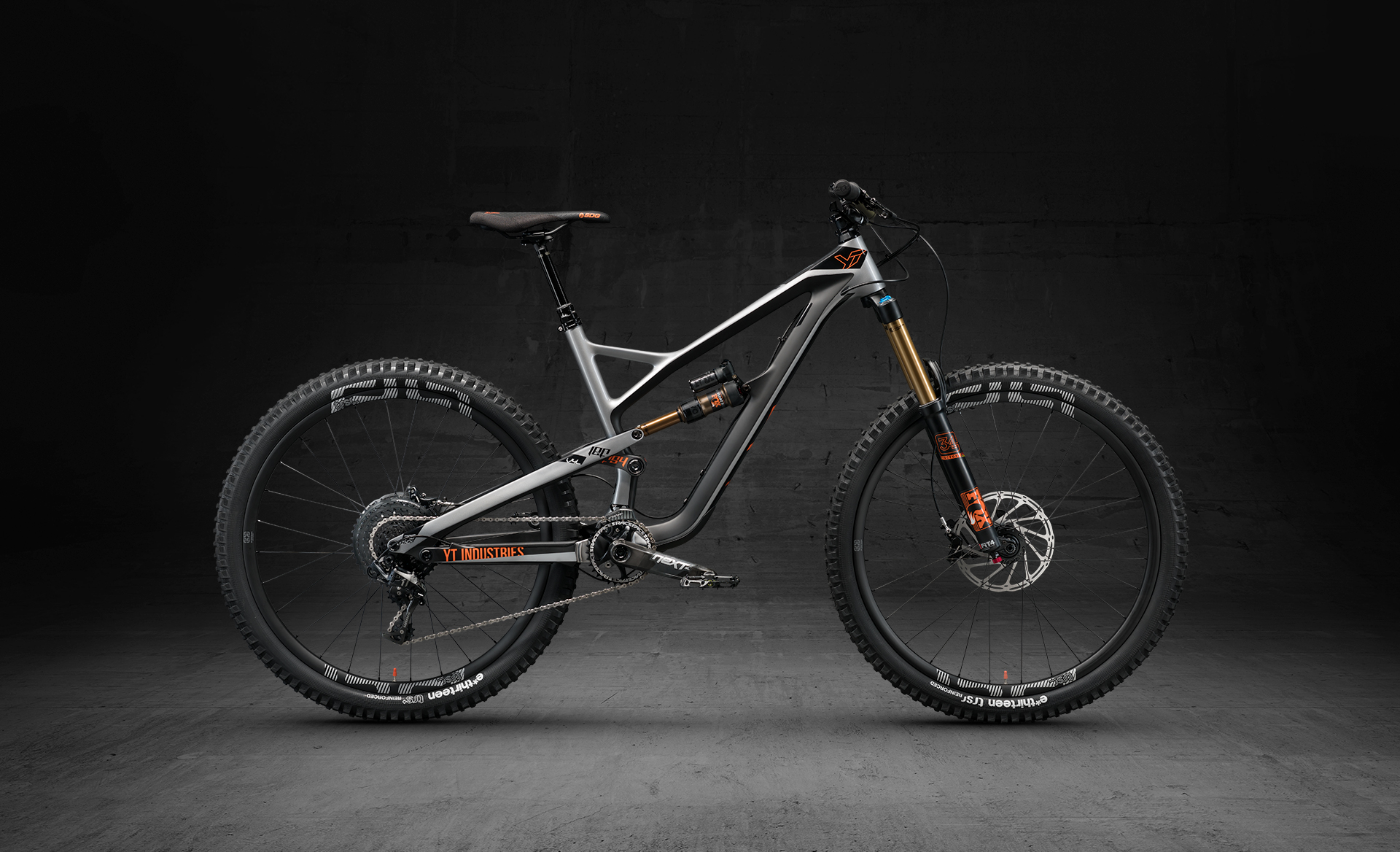 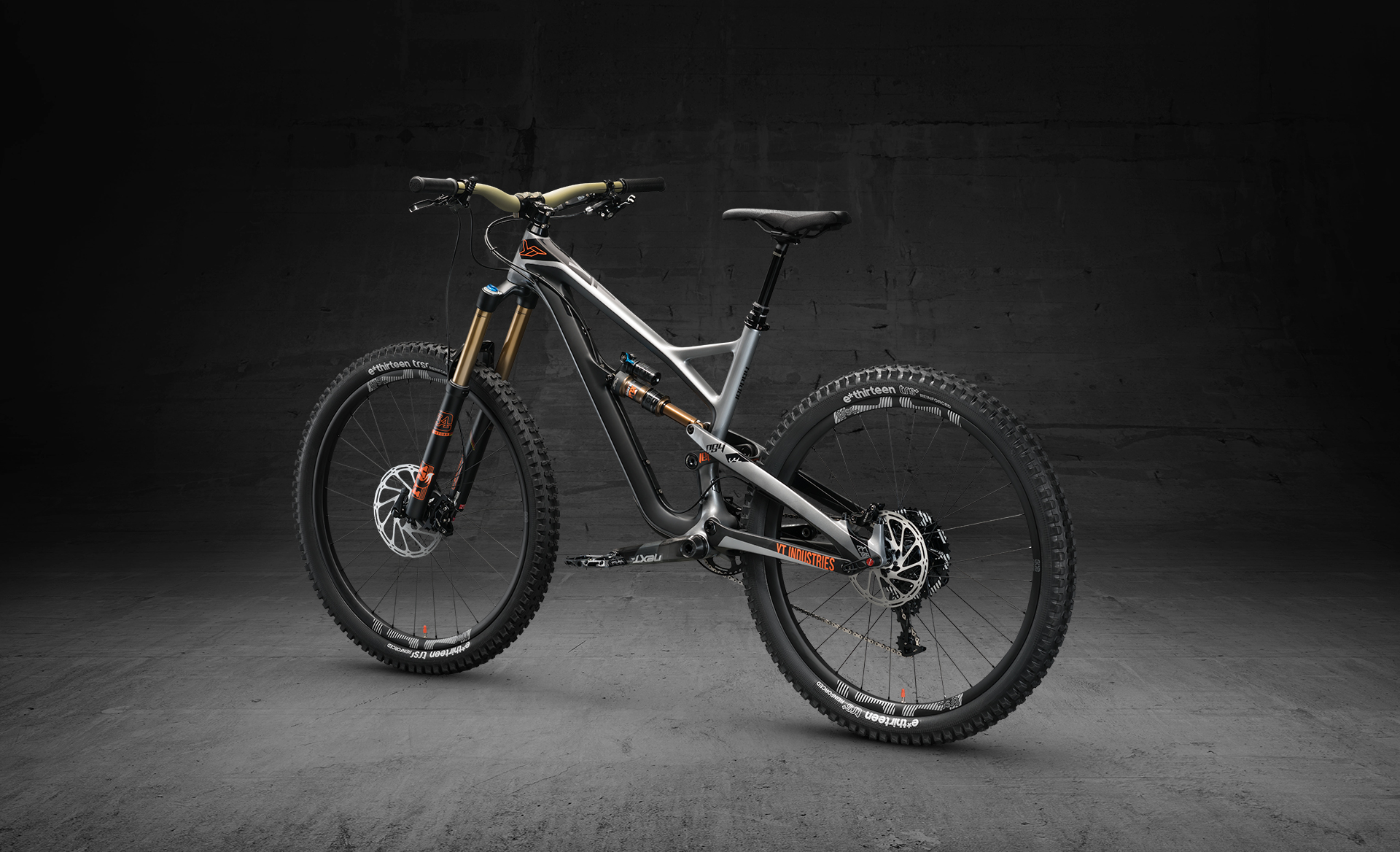 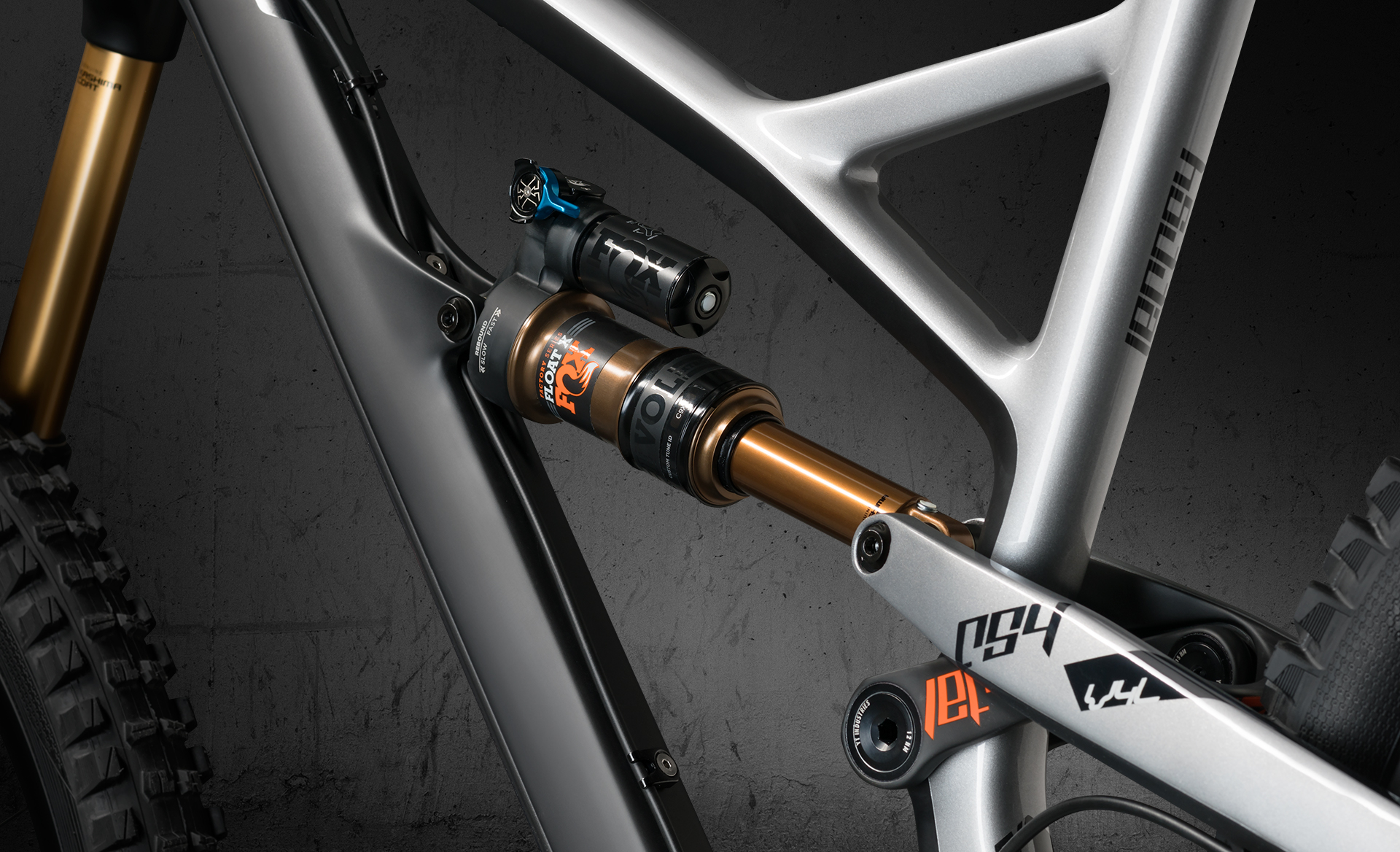 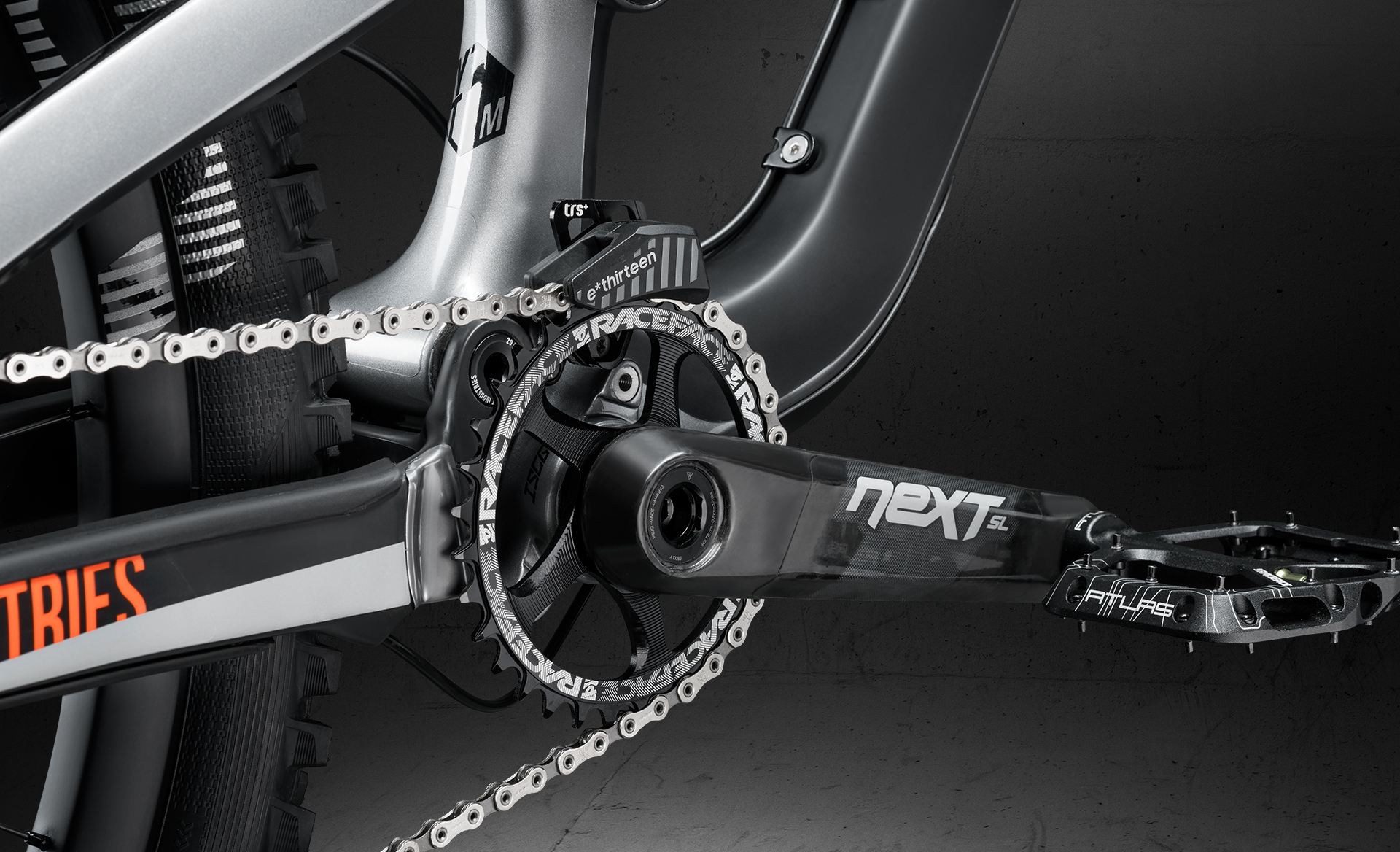 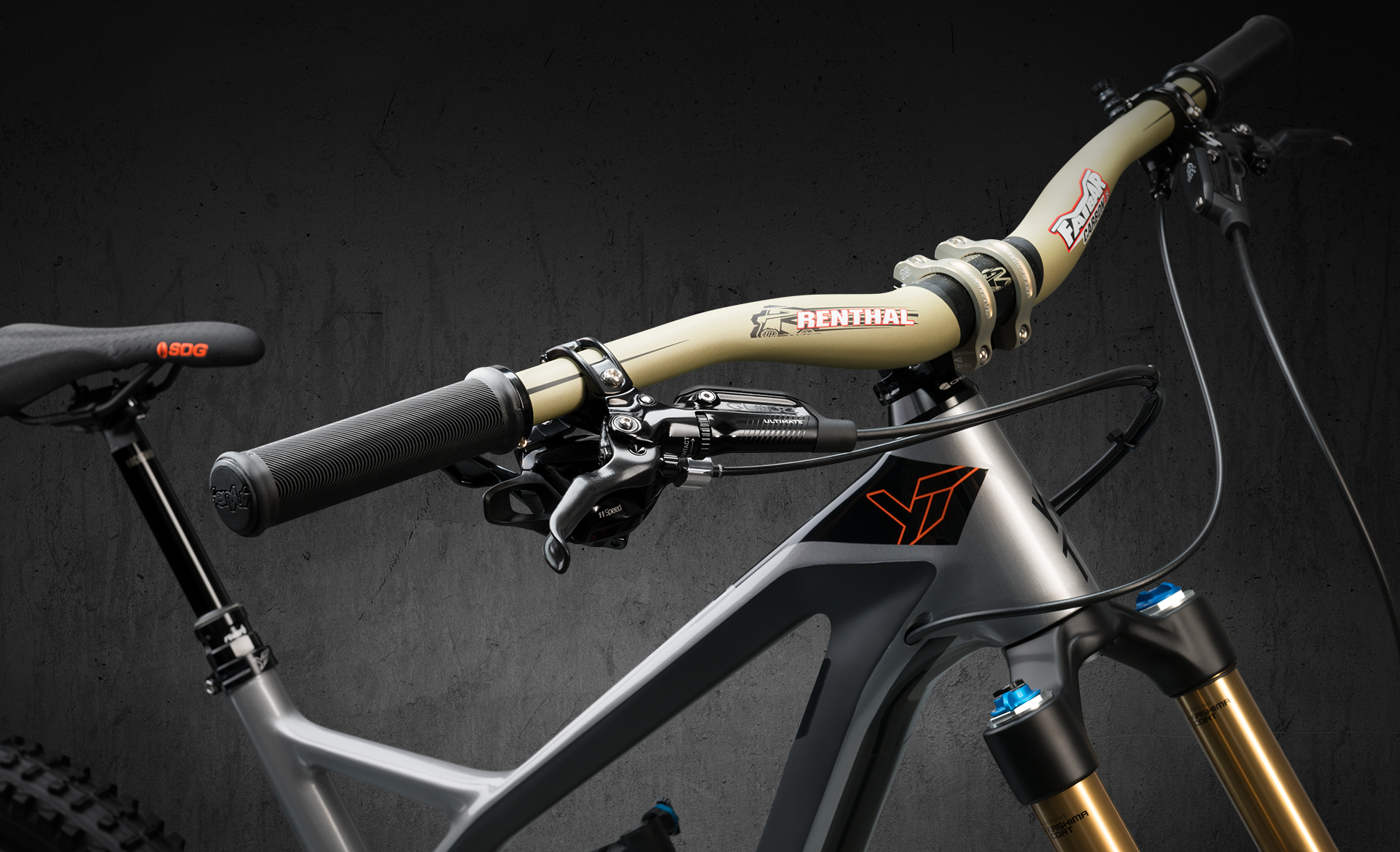 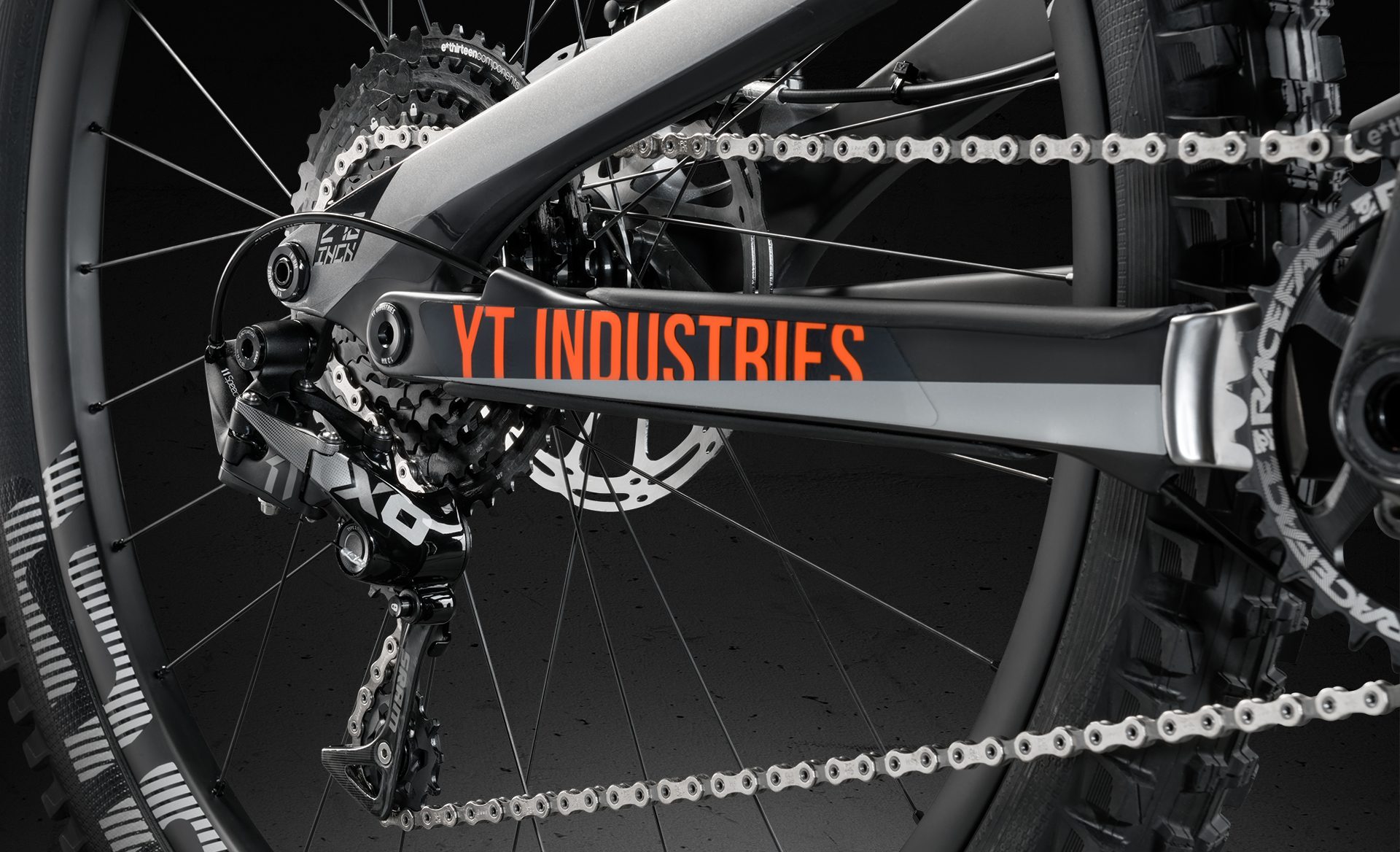 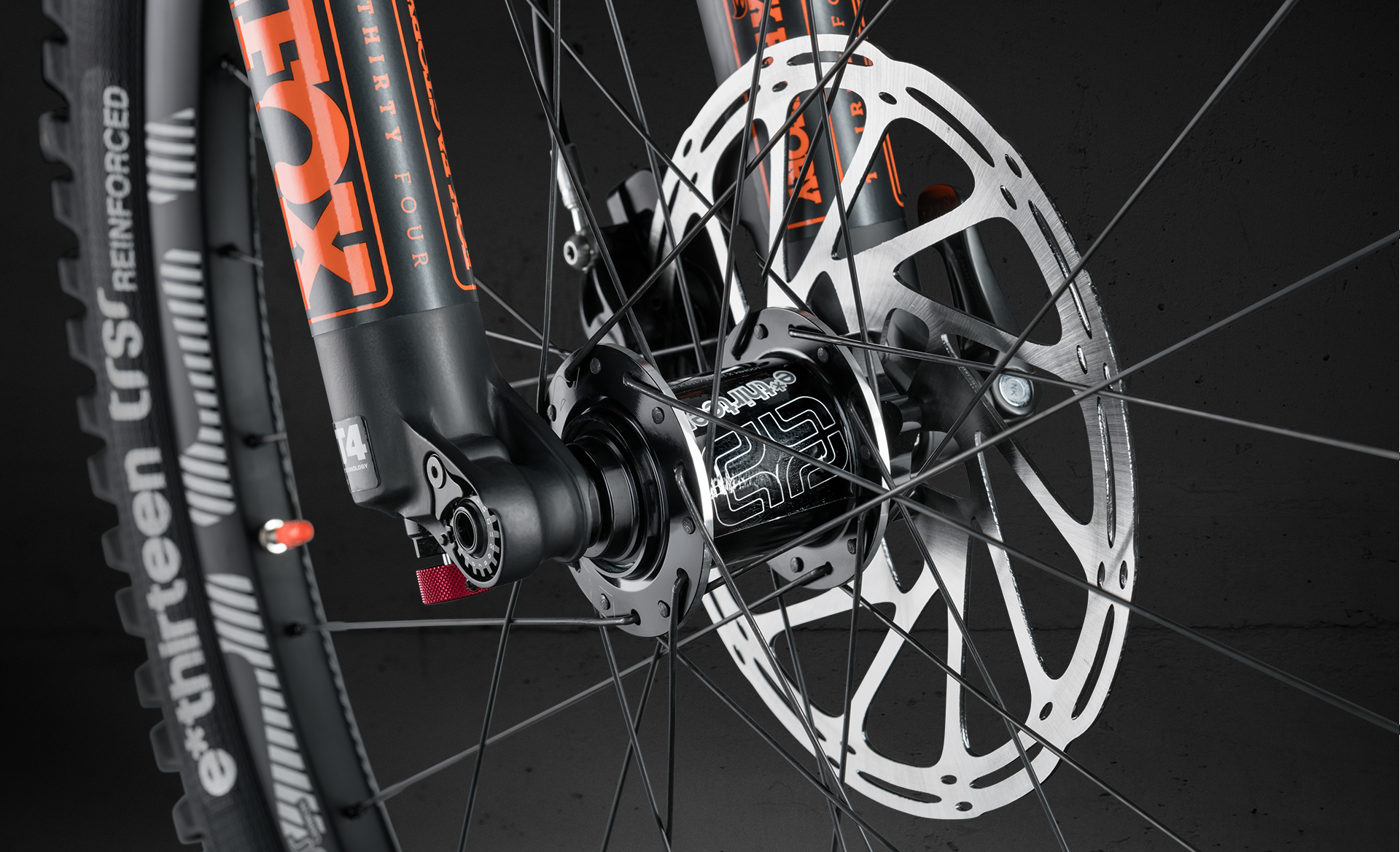 The JEFFSY 27 CF Pro is also a convincing package with extraordinary specs: The FOX Performance Elite suspension shines with top-class responsiveness on aggressive downhill sections as it comes with exact the same damping cartridge as the big brother Factory Series. In fact, the only difference between the Performance Elite fork and the Factory Series are the hard-anodized stanchions. Another eye-catcher on the CF Pro: the SRAM Eagle transmission which with its twelve gears makes the front derailleur superfluous. Those who prefer RockShox suspension will find themselves in great company with the JEFFSY 27 CF One or CF Two. The CF One offers a crisp, 11-speed SRAM transmission while the CF Two provides 2×11 gears via Shimano’s XT group.

When it comes to aluminum, YT offers a choice between the JEFFSY 27 AL One and AL Two. Neither have anything to envy their carbon colleagues, since they are both based on the same frame platform. The user-friendly suspension components are easy to set up and adjust, even for beginners. Both bikes offer 150mm of ready-to-rumble suspension travel front and rear: A RockShox Pike RC fork and Deluxe RT shock on the AL One, and a RockShox Pike RC and Deluxe R on the AL Two. The biggest difference between the two aluminum models is the drivetrain: the AL One features a SRAM X1 1×11 transmission while the AL Two goes 2×11 with SRAM GX.

All models come in S, M, L, and XL sizes and are available to order as of today on the website www.yt-industries.com. At the end of April YT’s Rolling Circus will once again head out with all the different JEFFSY models on a huge test tour of Europe’s trail centers and bike parks. The exact dates and places will be published in March.