The forward thinking Zerode Taniwha complete with it’s smooth changing gearbox is exciting news in the bike industry, so it stands to reason that Spoke have been gagging to get a proper ride on this new trail slaying beast. Finally we get the chance to give it a once over, and a bit of a ragging if truth were to be told, on the trails of it’s home town, Rotorua.

For as long as I can remember I’ve looked at the traditional derailleur design on mountain bikes and wondered if there was a more reliable option. The current offering sits, or more realistically, hangs, under the chainstay, primed to collect as much grime as it can hold as well as being precariously perched for rock strikes or using it as a land brake should you lay it down! Gearboxes for bikes are nothing new, they’ve been lurking for years – Rob at Zerode has been using them on his G-series DH bikes for ages, but in general they’ve been reserved for quirky home builds and niche brands with very low key production numbers.

My real conversion came a few years back when I rode a bike called a Cavalerie with an Effigear gearbox. Cavalerie’s beast was as mainstream as was available at the time and confirmed my true feelings surrounding gearboxes – they’re just better, the end (I’ll explain why in a moment)! That said, Effigear’s offering was and still issomewhat ‘industrial’ in look and feel; bombproof yes, refined not so much. Weight is still an issue too – remember we’ve still got to pedal it to the top……. What we really need is a gearbox’ed ebike? Is that a motorbike? Oooooh, controversial!

Enter Pinion, a German brand developing a seriously small and lightweight gearbox with 12 gears and very little required maintenance. Nicolai have been using Pinion for a while and although their execution is great from a geometry and practical sense, their ‘sex appeal’ is still, questionably, somewhat lacking.

Here’s where Rob and his brand Zerode appear again discretely from the shadows in a very typically modest, Kiwi kind of way. You see, Rob has been beavering away on the delightful looking Taniwha for some time. His plan? To deliver something the bike world hasn’t managed to deliver to date – a truly ‘mainstream’ and marketable bike that not only incorporates the almost endless benefits of running a gearbox, but looks equally as good too. Now please don’t mistake mainstream for boring or normal, the Taniwha with its full carbon construction, all of the expected industry standards, geo that’s in line with the more aggressive of designs and a rowdy colour option, it’s far from boring. In this instance, read mainstream as ‘visually pleasing and not so different it scares people off’! 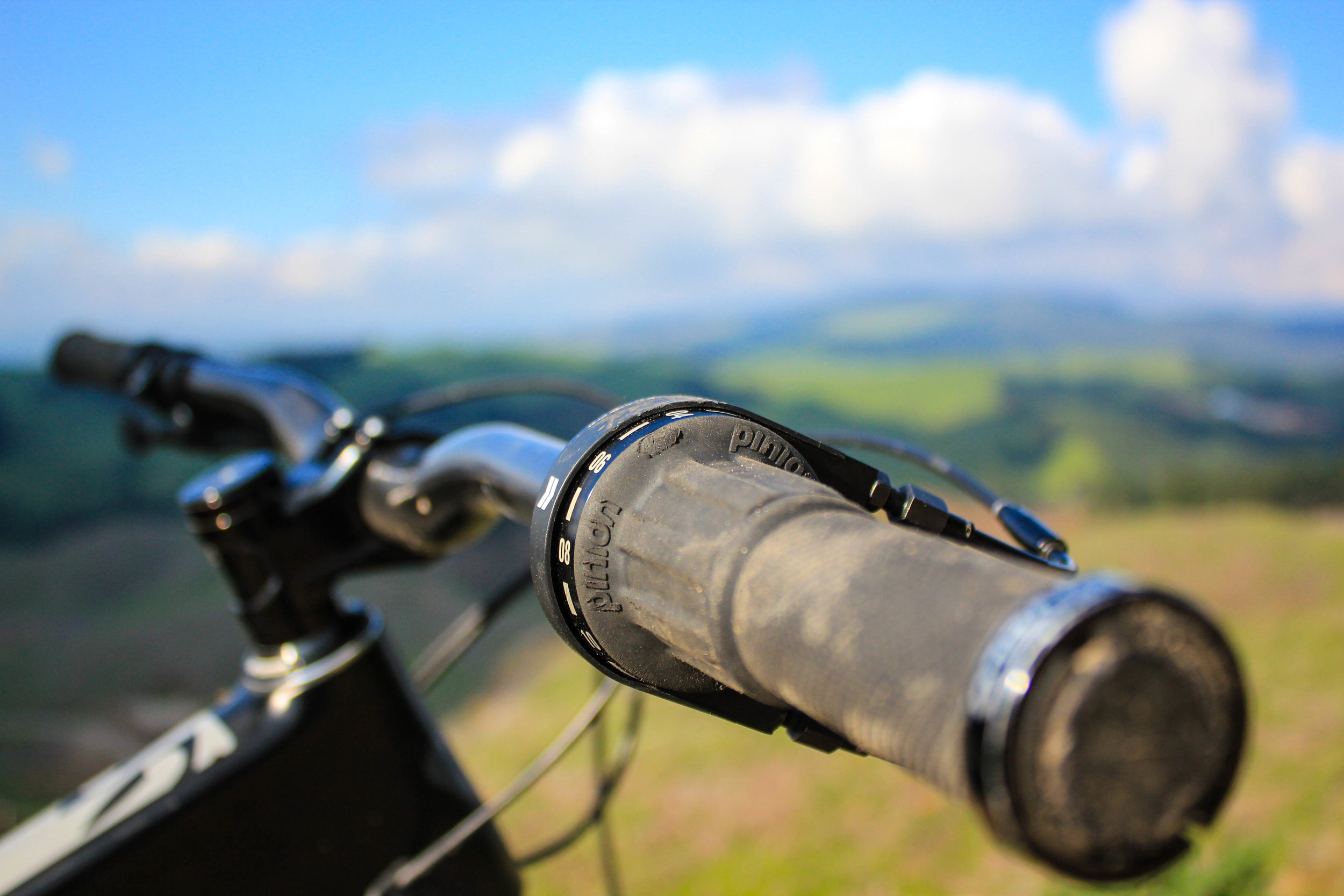 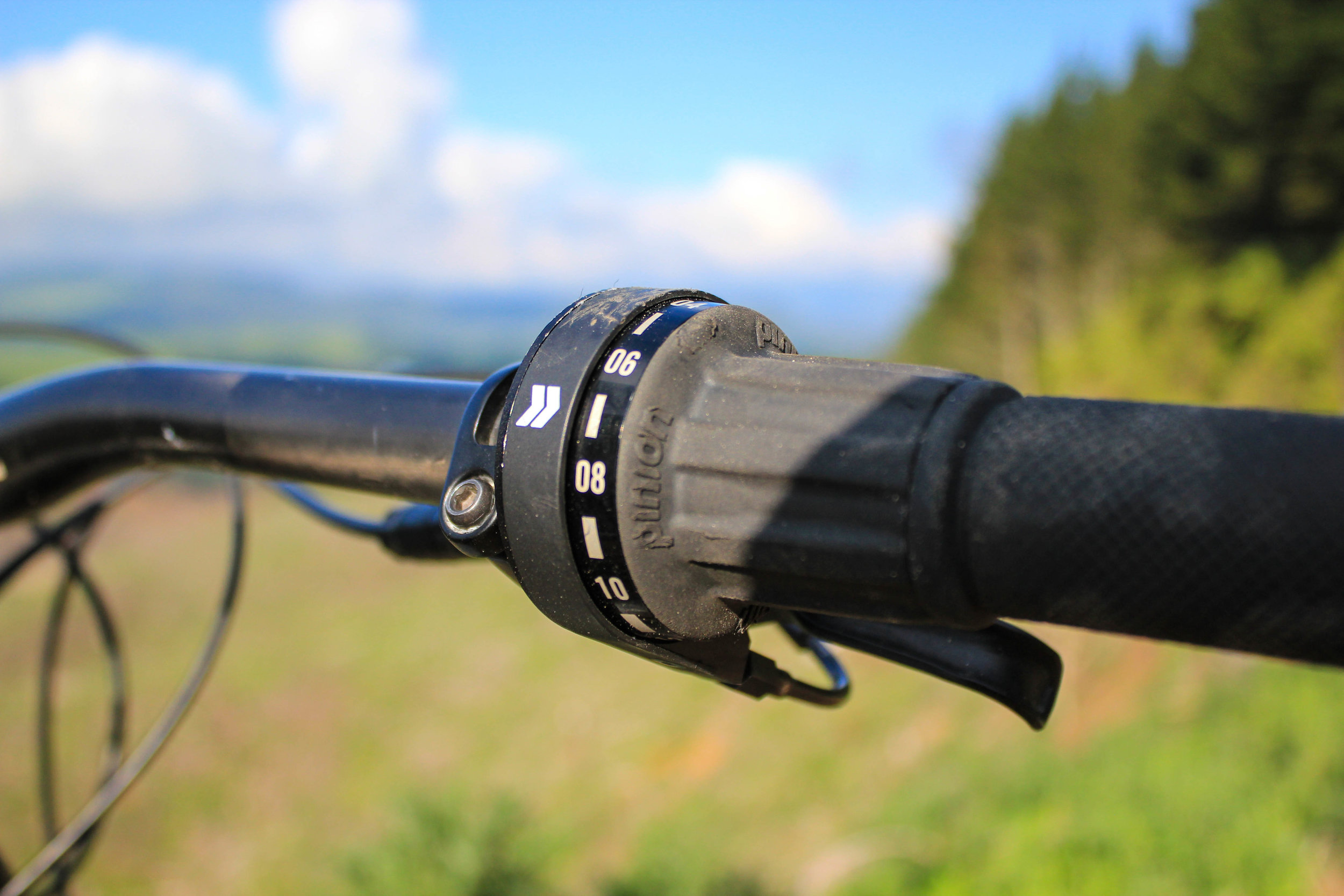 All of the above said and done, where the Taniwha actually excels is in the ride quality. As soon as you turn a crank you’re immediately aware of something different, something mechanical and strong, in a good way. The Pinion 12 speed whirs away beneath you as you effortlessly spin pedals along the fire road. There’s very little resistance and feedback, far less than expected, and certainly no different than a traditional set-up. There’s a freewheel in the gearbox itself as well as in Pinion’s own rear single speed hub used in all of Zerode’s build options, offering almost instant pick-up with minimal fuss. What this also means is due to not needing space for a 10, 11 or 12 speed cassette, the hub flanges can be evenly spaced apart resulting in no dish to the rear wheel and consequentially a far superior rear wheel build – stiffer, cheaper to repair, lighter and ultimately stronger.

Additionally, not having a rear mech attached, and more recently and more importantly one with a clutch option, means the damping effect of chain growth and overcoming the grip of said clutch is eradicated. The Pinion design means chain tension is constant throughout the rear axle’s path resulting in a super-supple and consistent suspension action which provides increased traction over the rough stuff and during braking. Chain-line is also perfectly straight, delivering noise free pedalling and extends chain and ring life.

Something else we should mention here is weight distribution. The bike world has been harping on about weight for years in its endless voyage towards lighter and stiffer bikes, and for good reason too, unfortunately it would often appear their voyage is downwind without a spinnaker. Weight does indeed matter, as I mentioned earlier, it still has to be winched uphill and it is therefore pretty pleasing to see the Taniwha can be built to weigh as little as a sneak over 14kg – very, very acceptable for a gearbox bike. Pinion say they’re constantly working to bring the weight of their unit down and plans are already in place for feathering off the pounds very soon – watch this space. 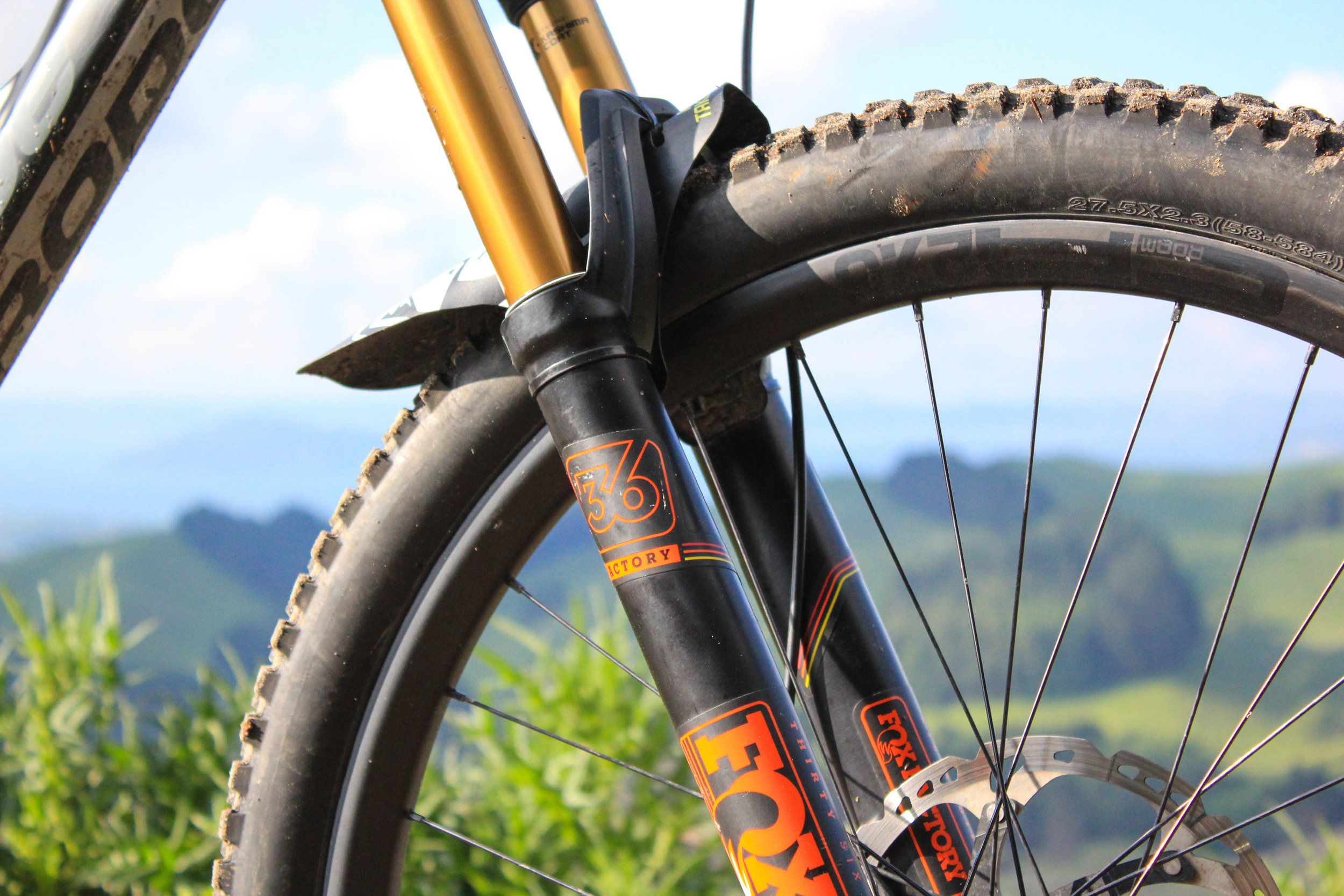 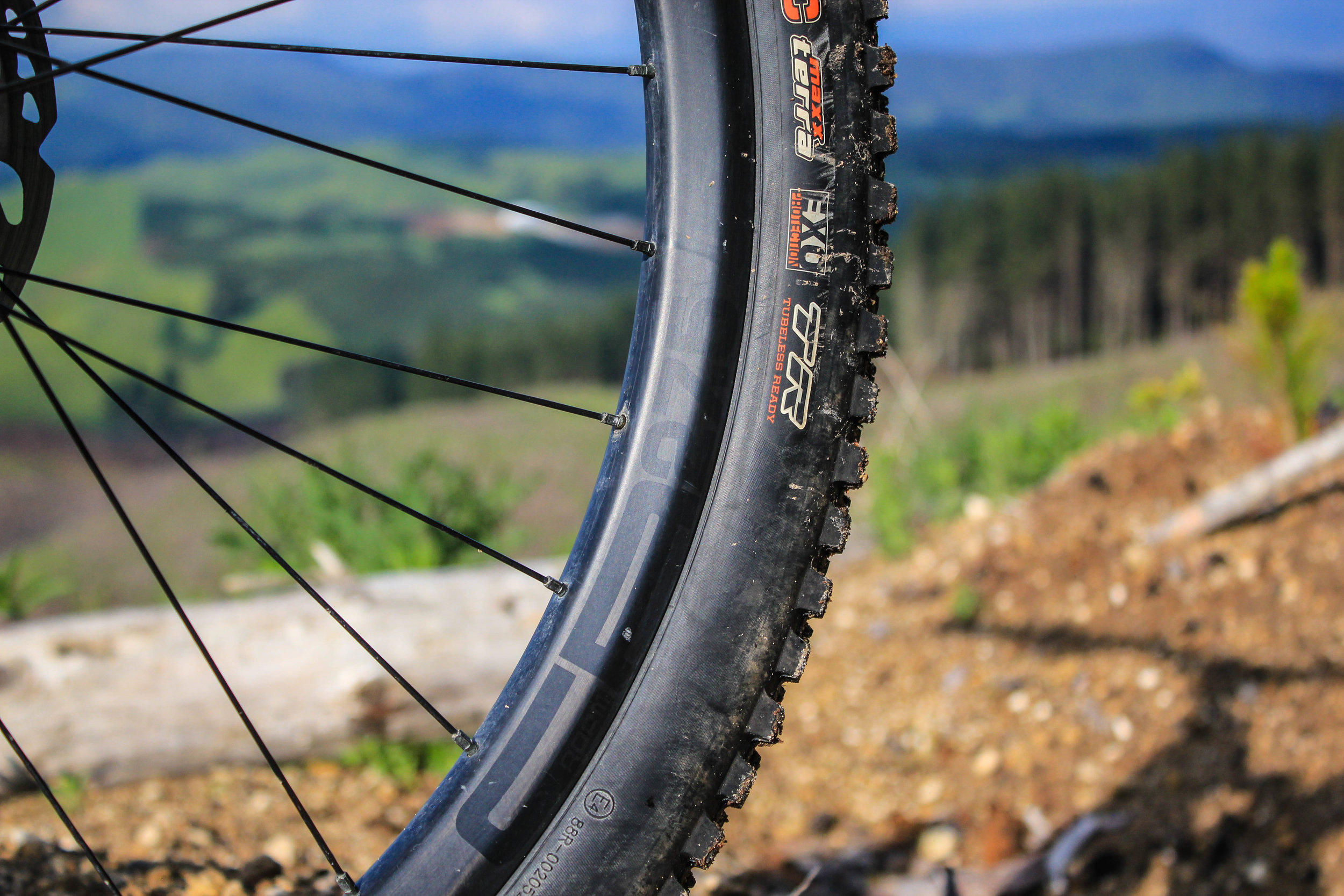 However, the real beauty is where that weight is positioned, and boy can you feel the benefits when riding. With the gearbox carrying the most mass, it’s perfectly located low and centrally, aiding cornering and maximising suspension action as the frame willingly sits into its travel between consecutive big hits or rough sections. The now lighter-than-traditional rear wheel, carrying considerably less bulk, can move up and down with far less effort. Ultimately what that means is a genuinely traction filled ride quality, far superior to existing designs and only comparable to some of the benefits of a high pivoted, coil sprung DH rig – oh yeah, Rob makes one of those too, go figure! Oh, did I mention its dead silent when plummeting down over the bumpy bits too? That’s right, literally no chain noise whatsoever.

Gear changes via the grip shift does take a little acclimatising, you need to back off the pedals ever-so-slightly when shifting. But, you can drop the entire box in one rapid twist if required, whilst stationary. The same for going up the box meaning you can sprint into a steep pinch and at the very last minute grab a handful and be in the perfect gear for the upcoming climb with absolutely no hesitation – pretty neat once you get the hang of it!

I swing a leg over the large framed test rig (I’m only 170cm but prefer a bigger bike) and winch uphill at a comfortable pace and very little fuss. Geo figures for the Taniwha are nothing radical, picture a slightly inebriated Santa Cruz nomad and you’d be about right – similar front centre, rear end and reach figures, seat angle and a slightly slacker head angle at 65 degrees (Zerode sensibly use headset cups so that head angle can be changed should you wish, using a separately purchased angleset). Once at the top of some greasy Rotorua gold, I drop in behind Rob and immediately witness some of the most outrageously smooth riding I’ve seen in a long time – nose taps to manuals to corner squaring to drifting wall rides to dirt schralping cutties, man this dude can ride, but many of you will already know that, he’s no newbie to the NZ bike scene. Once at the bottom, spinning along the fire road and heading towards a tasty little singletrack climb, I clutch a handful of the gripshift and go straight through about 10 gears and I’m back winching, the 12 speed Pinion offering me a 600% range, that’s pretty awesome compared to Sram Eagle’s 500% submission.

So, any negatives? Sure, a couple, but they really are personal preference; I’d like it longer, slacker and steeper in places. However, that’s my dream with nearly everything I ride and not selective of the Taniwha, equally that’s no longer a ‘mainstream’ marketable bike, that’s my perfect creation, ever – ‘’Rob, how busy are you next month’’!?

Get in touch with Rob at Zerode for more info on ordering and delivery times – he sold the first two production runs before they even landed in NZ, need I say more? Take my money! 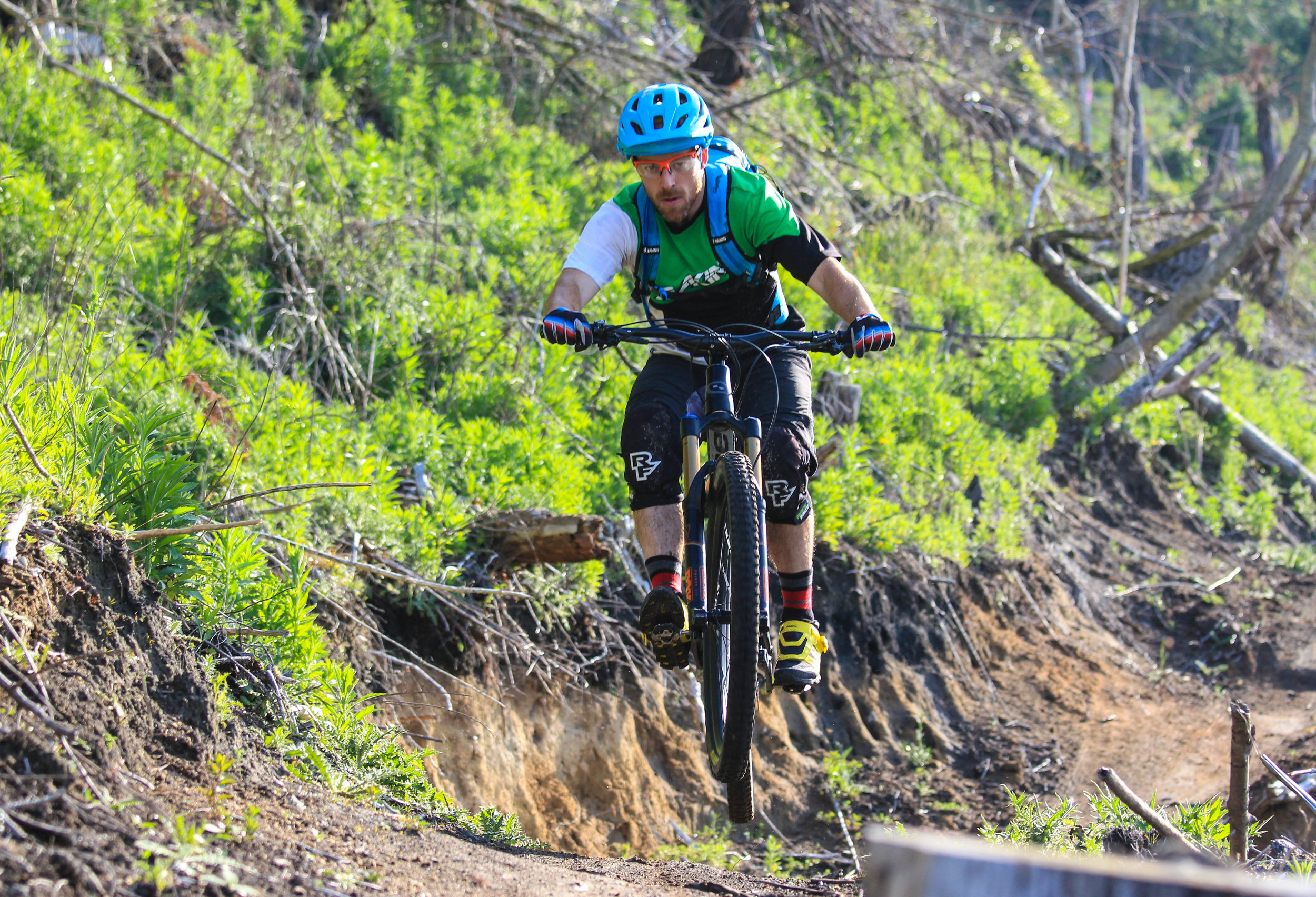 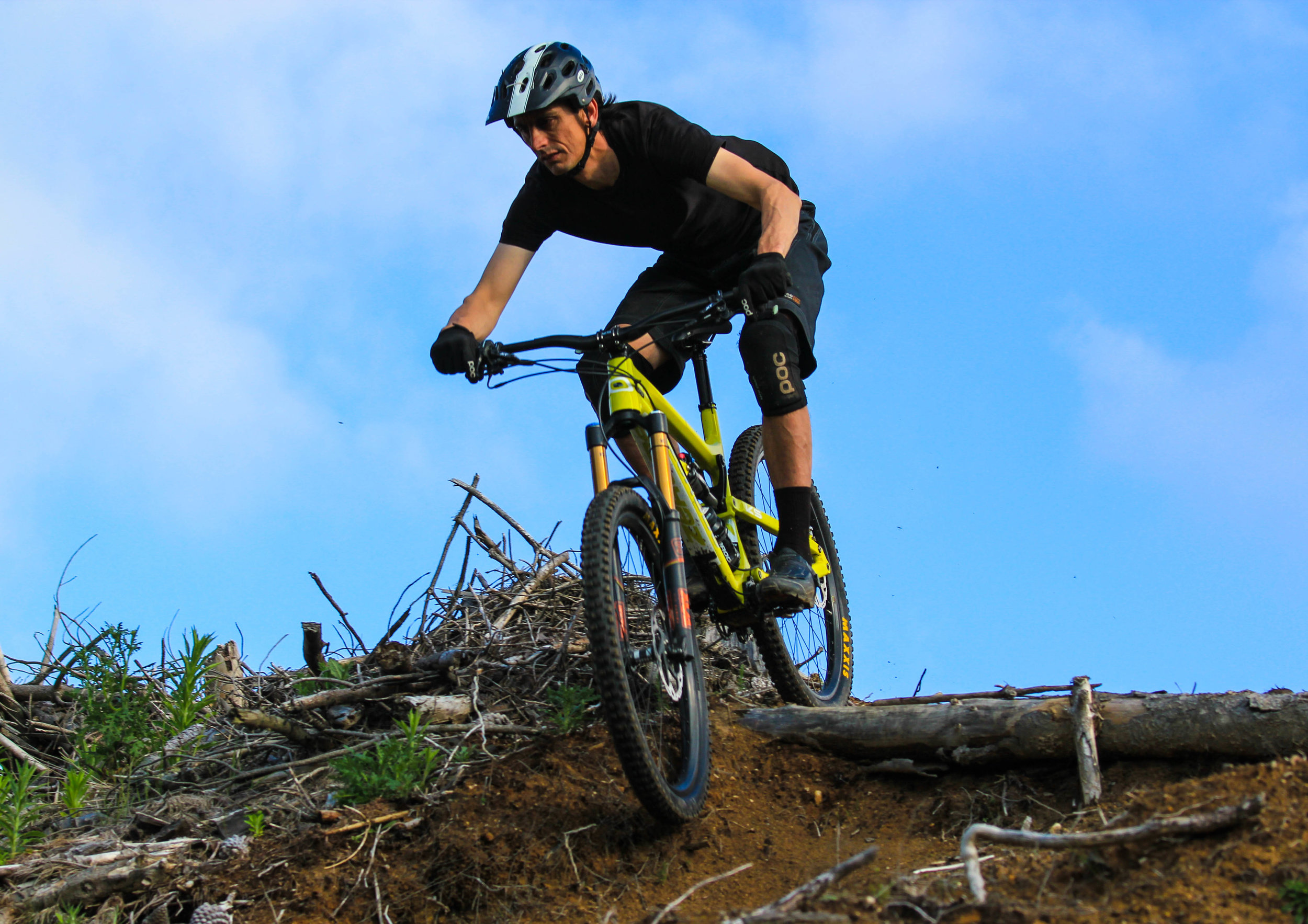